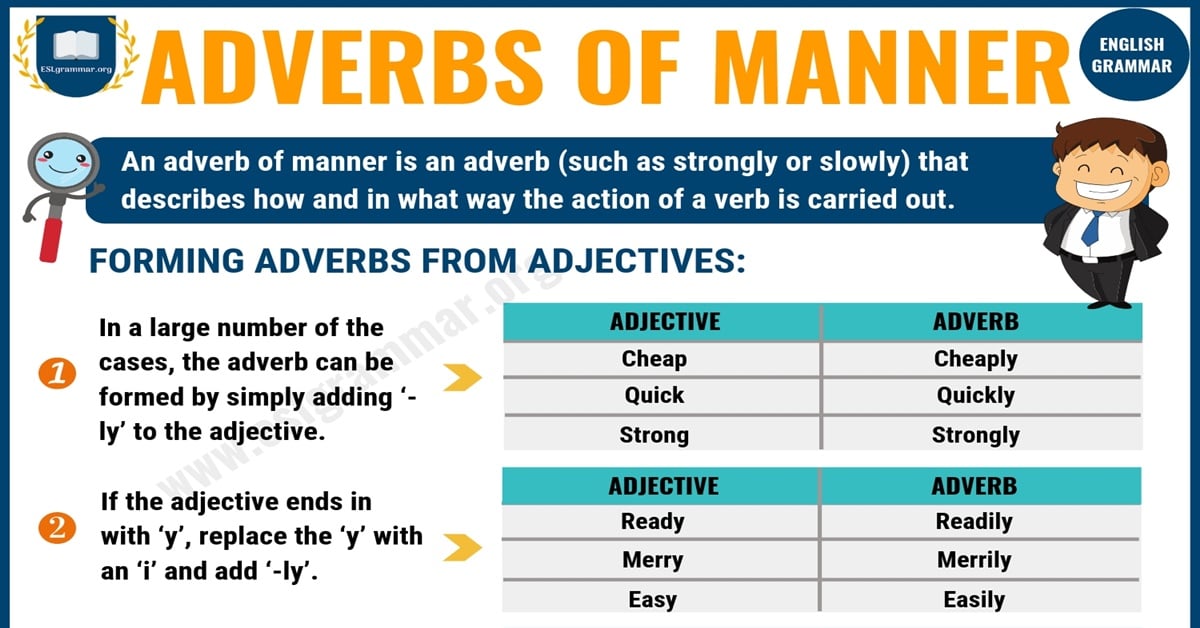 Adverbs of Manner in English! What is an adverb of manner? Learn the definition and useful rules of adverbs manners, ways of forming adverbs from adjectives with examples and ESL printable infographic.

What are Adverbs of Manner?

An adverb of manner is an adverb (such as quickly or slowly) that describes how and in what way the action of a verb is carried out. Most adverbs of manner end in –ly such as badly, happily, sadly, slowly, quickly, and others that include well, hard and fast.

Adverbs of manner most often appear after a verb or at the end of a verb phrase.

Here are some guidelines on forming adverbs from adjectives:

In a large number of the cases, the adverb can be formed by simply adding ‘-ly’ to the adjective.

An exception to this rule is ‘public’, whose adverbial form is ‘publicly’.

Some adjectives do not change form at all.

In the case of the adjective ‘good’, the corresponding adverb is ‘well’.

Example: The documentary presented both sides of the problem very well.

Adverb of Manner in English | Infographic 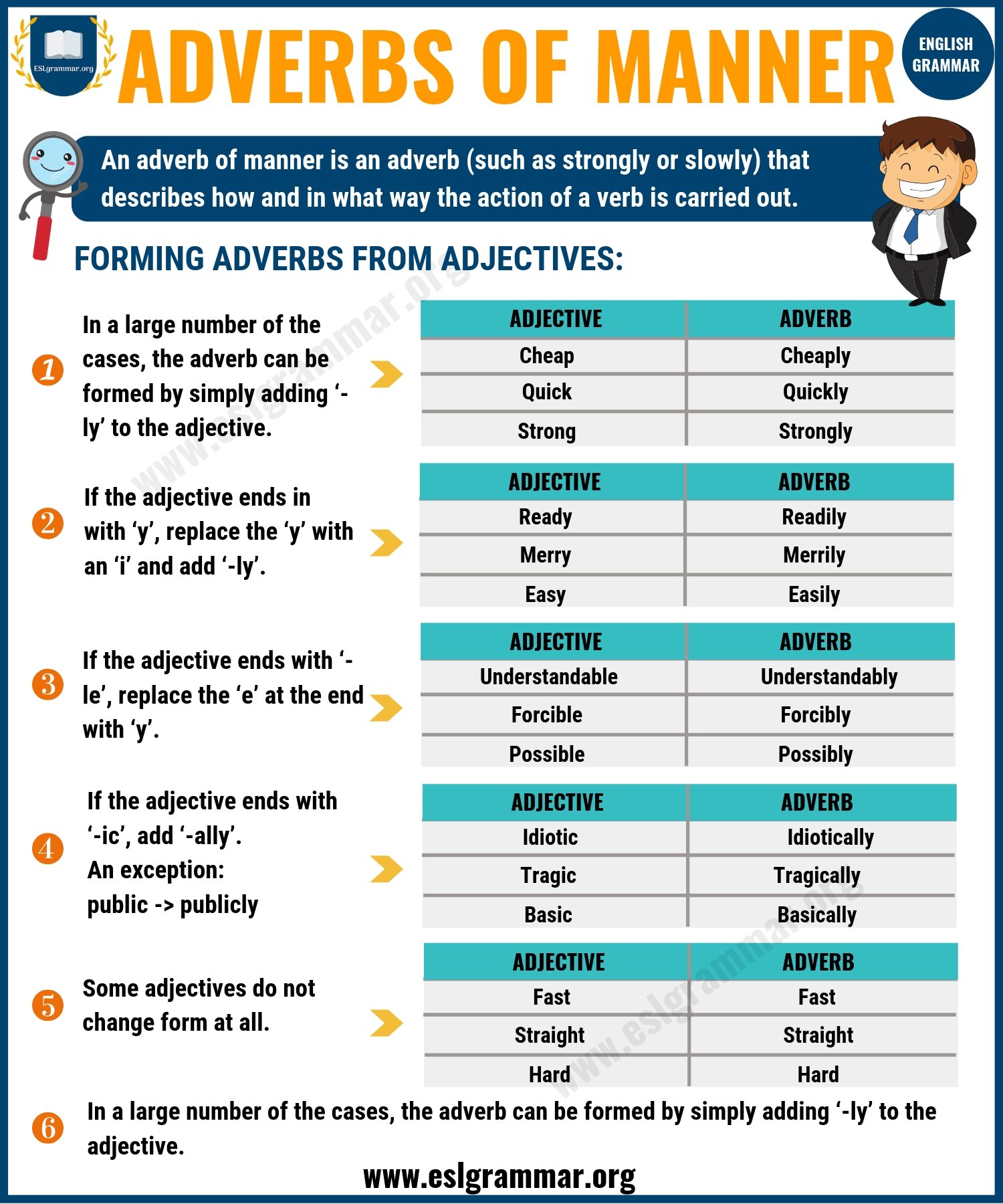 Great info thanks, love it

Thanks i have a test

Thanks for the information.

great one thanks for the explanations, am glad

evrythinng this textbook is english