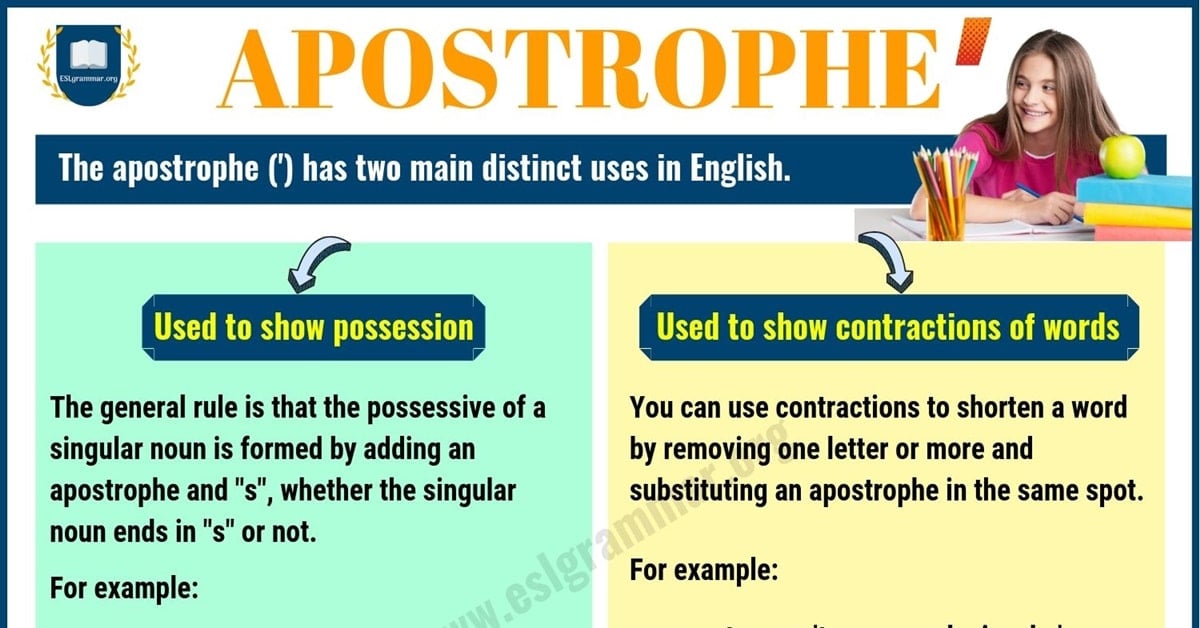 Apostrophe (‘) in English! Learn how to use an apostrophe with apostrophe examples and ESL printable infographic. The apostrophe is an important punctuation mark in the English language which is often used incorrectly.

Here are some common incorrect usages of the apostrophe:

The apostrophe has two main distinct uses in English.

Used to show contractions of words

A contraction is a shortened version of the written and spoken forms of a word, syllable, or word group, created by omission of internal letters and sounds. You can use contractions to shorten a word by removing one letter or more and substituting an apostrophe in the same spot. Let’s take some apostrophe examples to make it more clearly:

When to Use an Apostrophe | Infographic 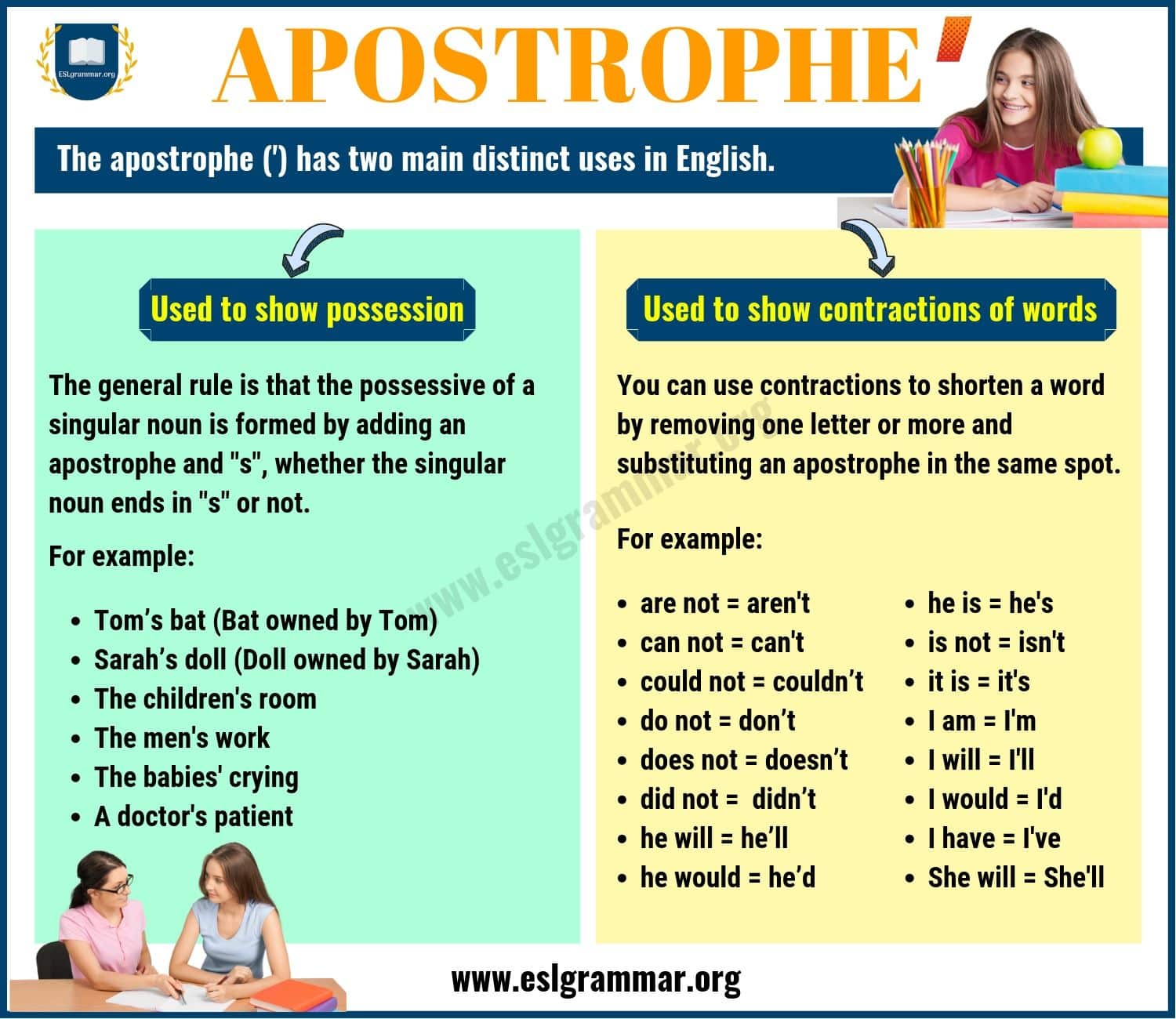 Eg belonging to a group of people

Well, it’s a little late, but the correct form is “the peoples’ books.” (It really should be “the peoples’s books,” but that would be too clumsy.) So, the “possessive” forms of all the words ending in “s” get the same treatment.
One of the most common errors is to spell “Jesus’ ” “Jesus’s” and to pronounce it “Jesuses.” Fixing this is an easy way to set yourself apart from the ignorant masses.

No this is not correct. It is the people’s books. People is plural and so doesn’t need an s.

hi pls help.. I’m so confused in using apostrophe.. what its the right term.. Officer’s Quartes or Officers’ Quarters?