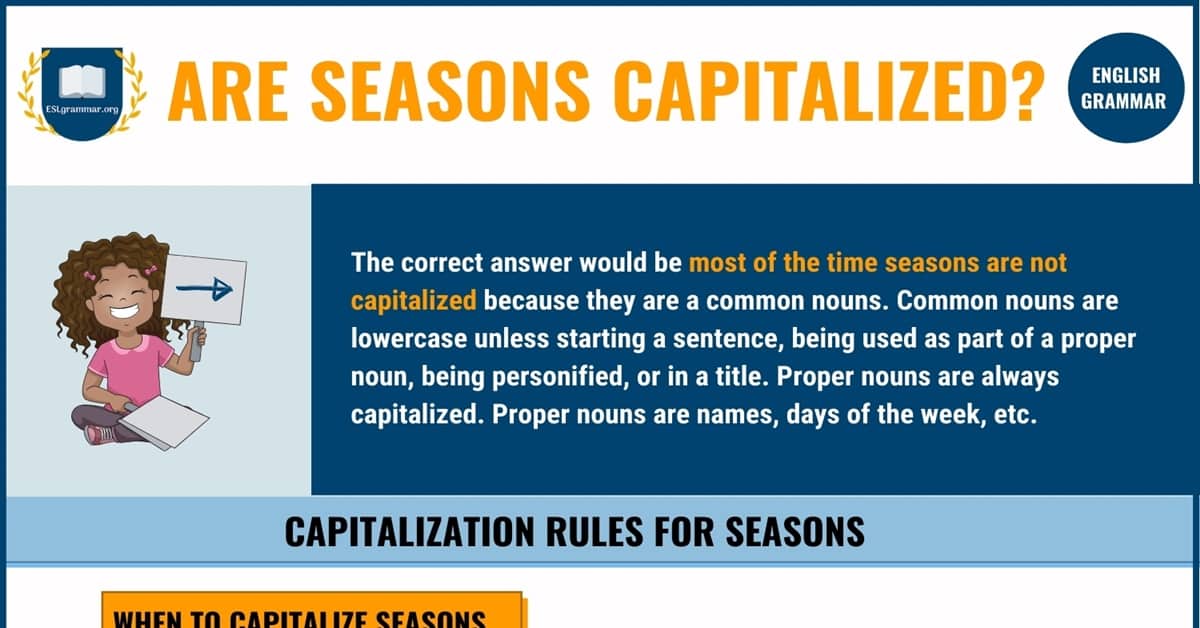 Are Seasons Capitalized? Are the sEaSoNs throughout the year capitalized? See what I did there?

The correct answer would be most of the time seasons are not capitalized because they are a common nouns. Common nouns are lowercase unless starting a sentence, being used as part of a proper noun, being personified, or in a title. Proper nouns are always capitalized. Proper nouns are names, days of the week, etc. Some people get all worked up about the fact that days of the week are capitalized and seasons are not, but its the English language and it is very very complicated with so many rules and so many loopholes to each and every rule.

When Not to Capitalize Seasons

When a season, like winter, is in the middle of a sentence it is not capitalized. This is the common usage of each season. Five example sentences of the seasons not being capitalized are as follows:

When to Capitalize Seasons

When a season, like summer, is at the beginning of a sentence, used as a proper noun, personified, or in a title it is capitalized. These are all exceptions to the rule that generally the seasons are not capitalized or proper nouns. Five example sentences including the seasons capitalized are as follows:

As you can see, season capitalization is a bit tricky. When in doubt use lowercase. You know the basic rules of using the first letter of every sentence capitalized, so that doesn’t change and title rules are accepted either way. Casually speaking, seasons should be lowercase because they are a common noun just like most other words. English can be tricky, but once it clicks it clicks and the click will stick. Season’s change, just like the rules.

Are the Seasons Capitalized | Infographic 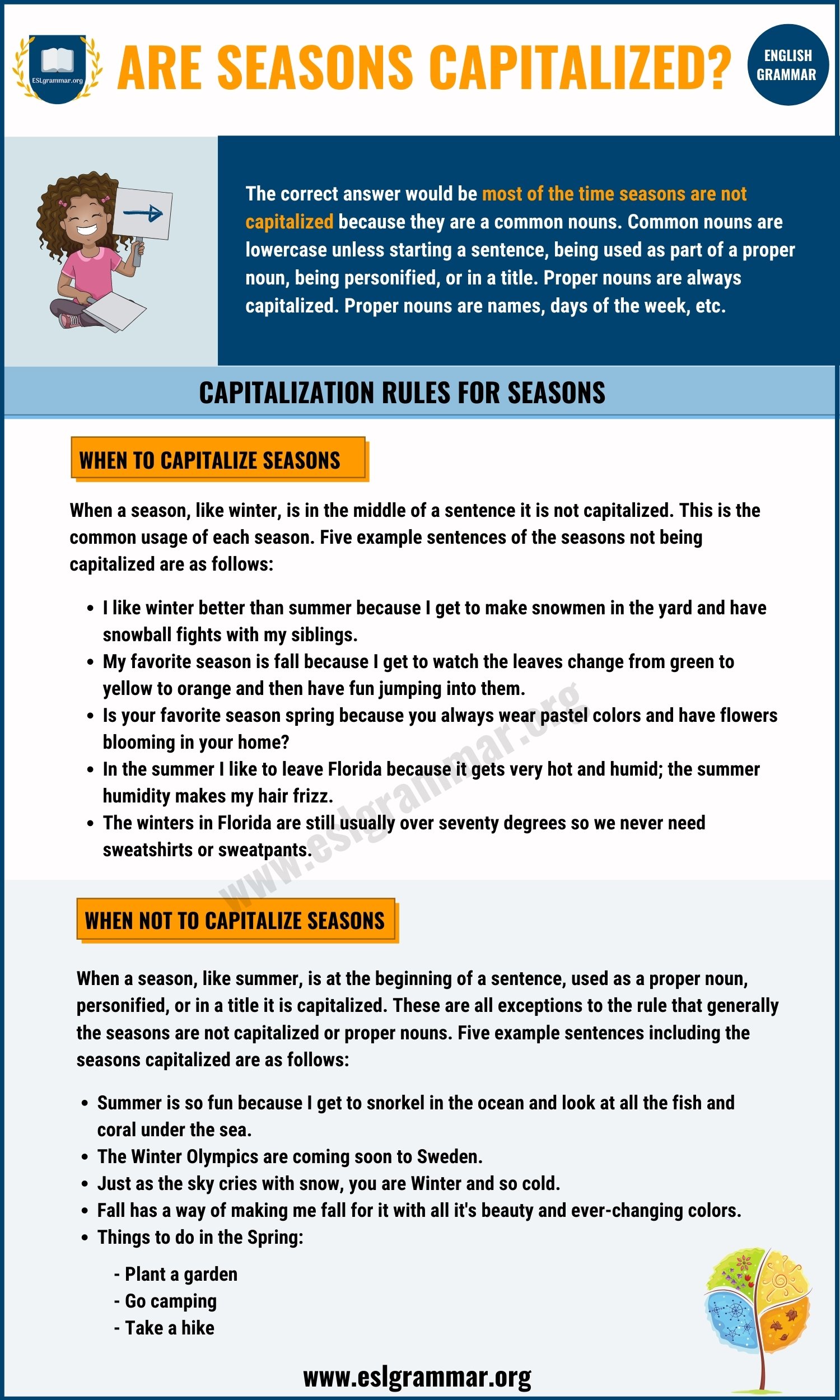 My comment is that capitalizing “Spring” in the last bullet point seems unjustified (or at least unexplained). Also, it’s “all its beauty”, not “all it’s beauty.” “It’s” means “it is” (see how I used it in the last sentence?), whereas the possessive of “it” is “its.” That’s a very-common mistake, but you’ve got to get that right on a webpage that’s trying to help with the use of the English language, candidly speaking.