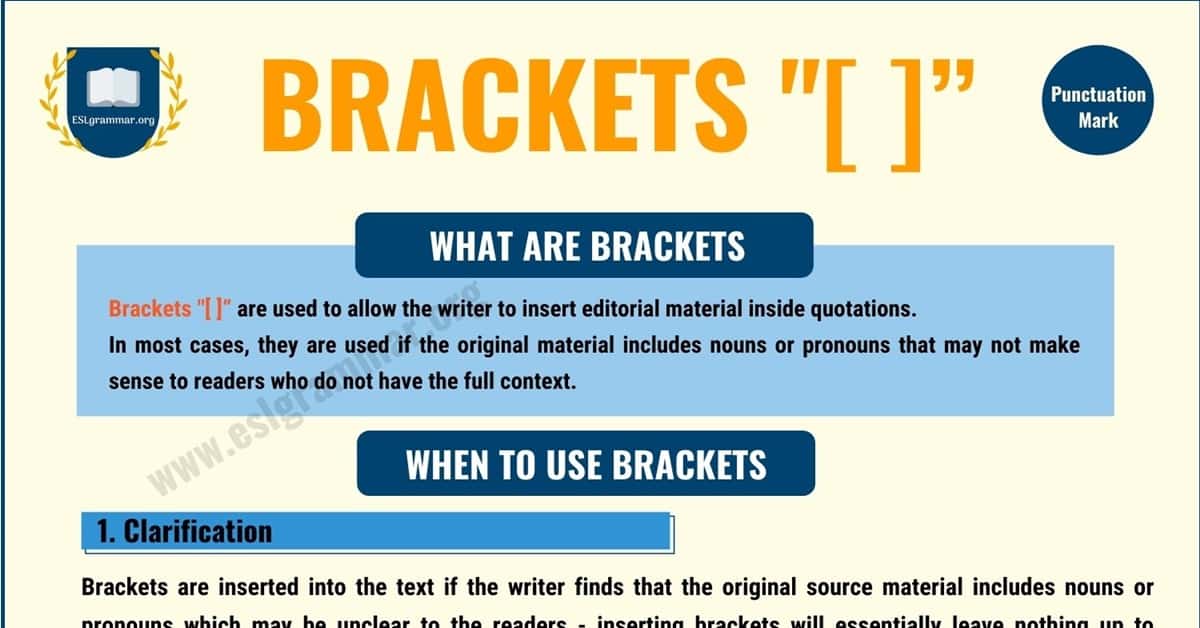 There are different types of punctuation that can be used throughout the text, whether that’s on the internet or within a book. Some of them are more common than others. For example, everyone knows what “?” or “!” means as well as how they should be used. But do you know what “[ ]” are and how to correctly use them in your text? If not, then let’s find out…

Brackets “[ ]” are used to allow the writer to insert editorial material inside quotations.

In most cases, they are used if the original material includes nouns or pronouns that may not make sense to readers who do not have the full context.

Though they are used in even more ways than just this, which we’re going to get into now…

When to Use Brackets

Brackets are inserted into the text if the writer finds that the original source material includes nouns or pronouns which may be unclear to the readers – inserting brackets will essentially leave nothing up to guesswork.

When using brackets this way, you should never take away from the original writing – you should always be adding to it.

If an original quotation includes a word or a phrase that might not be able to be understood by a reader, then you would need to provide a translation in brackets.

“When I’m on holiday in Spain I always say gracias [thank you].“

Indicating a Change in Capitalization

In most cases, it’s fine to silently change the first letter of a piece of text when it is being quoted from its original material, whether that be to lower or uppercase.

However, in certain contexts, a change such as this needs to be indicated with brackets.

“[A]nd so despite what the study suggests, pigs cannot fly.“

The Latin term sic, meaning “so” or “thus”, can be used to indicate an error or confirm an usual usage of a particular word or phrase within the original material. Doing this lets the reader know that the error was not made by the writer presenting the quotation but rather the error was there in the original content.

The word “sic” is put in italic as it is a foreign term but the brackets around it should not be made italic too.

“If your [sic] a man, you are more likely to be able to do a backflip.”

Sic in this case is used to show that “your” is incorrectly used, and should instead be “you’re”.

Brackets can be used to emphasize a portion of text.

“The man, whilst standing tall, demanded that everyone got back to work immediately [emphasis added].”

If the original material contains language that a writer may feel will offend a typical reader, brackets can be used to remove it.

“The boss demanded that everyone should sit the [expletive] down” 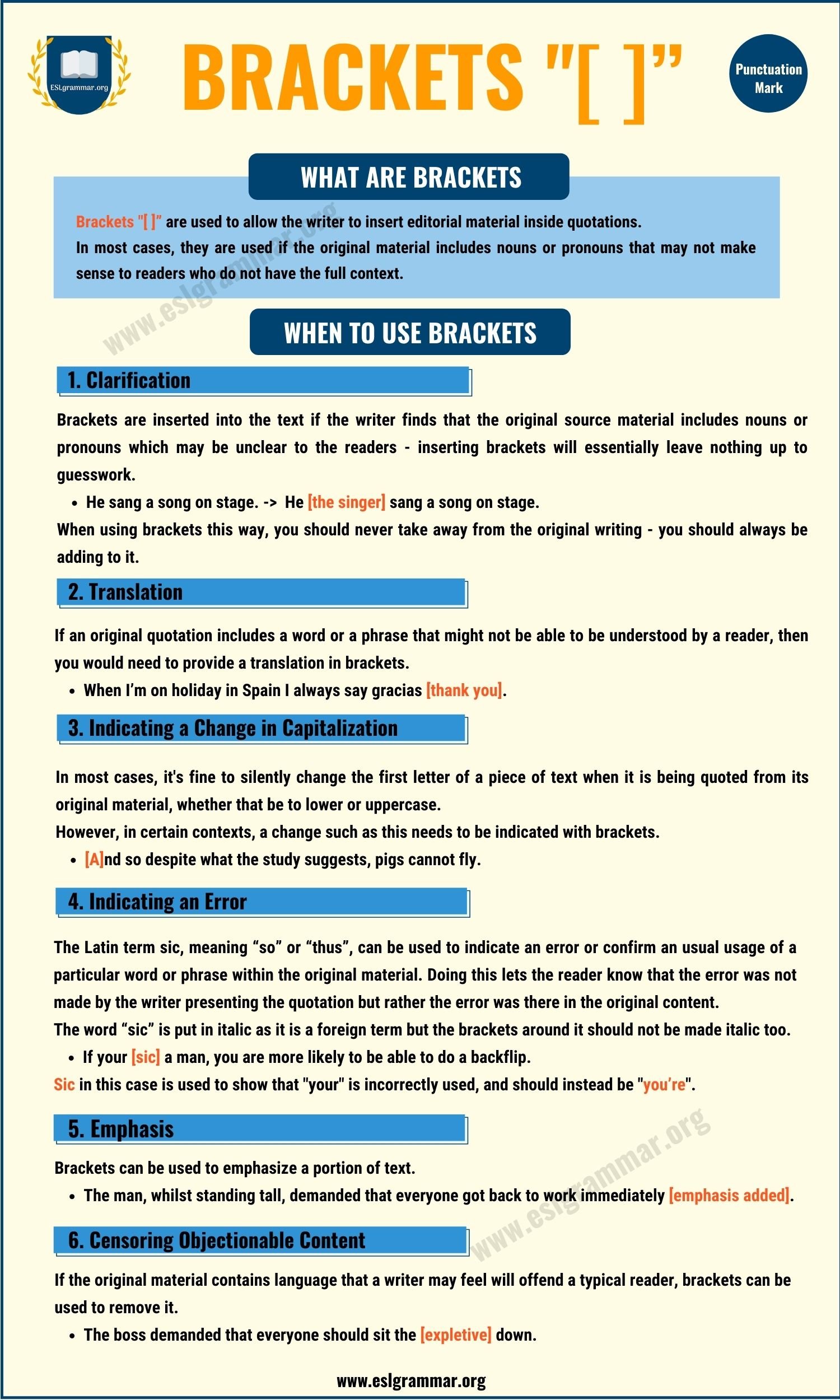