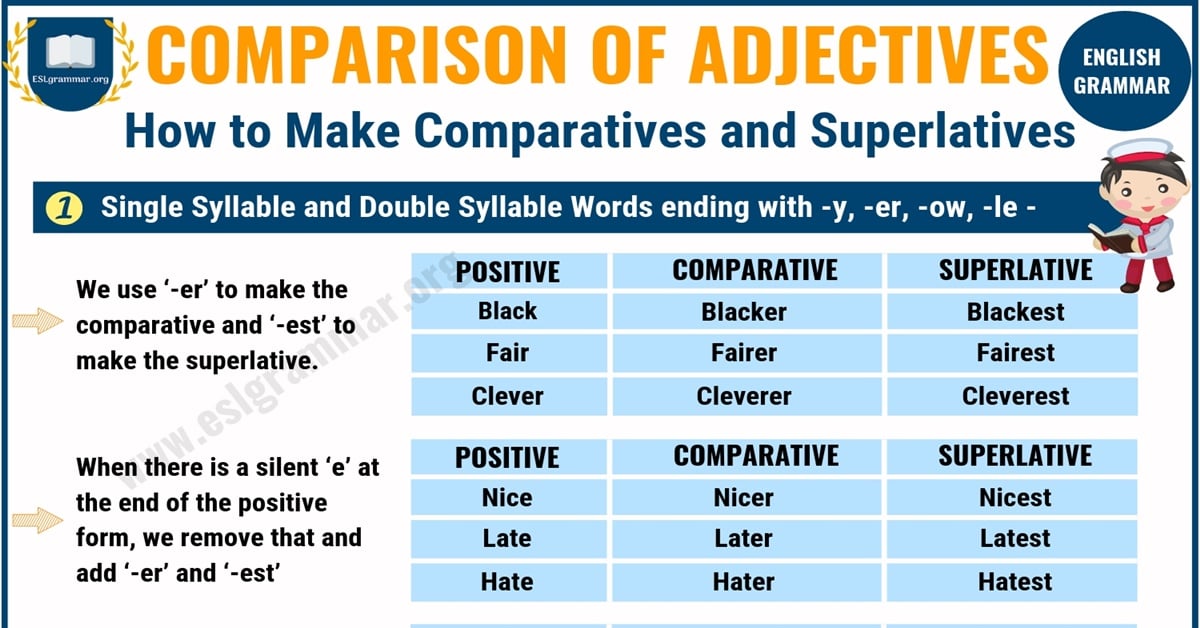 When we want to compare two or more nouns using adjectives, we use the comparative and superlative forms of the adjective to show the comparison between the nouns.

E.g. Honey is sweet, sugar is sweeter but victory is the sweetest.

In this sentence, we are comparing the three nouns using the positive, comparative and superlative forms of the word ‘sweet’.

These are the simple adjectives that simply describe the noun without comparing it to another – big, sweet, clean, etc.

These are used when we are comparing two nouns and need to show which noun possesses the adjective or character in a greater or lesser amount, when compared with the other. – bigger, sweeter, cleaner, etc.

This form is used when three or more nouns are being compared and we need to show that one or more of the nouns posses the adjective or characteristic to the highest amount possible. We usually add ‘the’ before the superlative form. – biggest, sweetest, cleanest, etc.

How to Make Comparative and Superlative

Other Words with Two or More Syllables

For other double syllable words that do not end with -y, -er, -ow, -le, and for adjectives with more than two syllables, we use more and most to form the comparatives and superlatives. 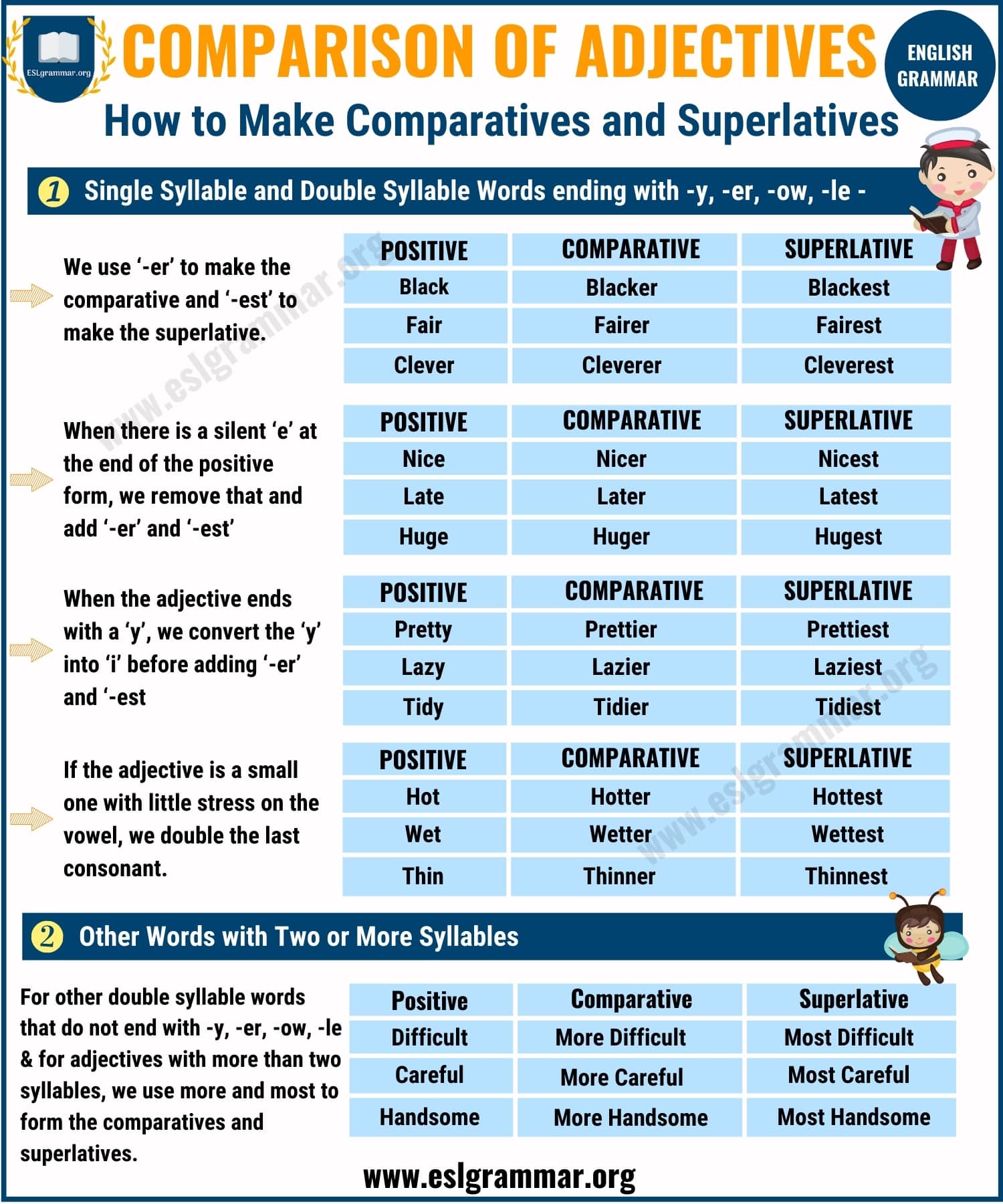 thanks for providing such a nice material

Shut the hell up.

Hate is not an adjective and hatest does not exist

elder and eldest is also not used exclusively…at least in the States we say older and oldest more often actually. As trainers we have to be so careful with these esl sites. I see too many mistakes by people who are called teachers. As a bilingual pedagogue who is not allowed to teach because the ministry says I am not qualified (only have 25 years of experience), I really try to keep my cool. Last ingenious phrase: I don’t have got. (yes, that was on a exercise sheet for the final exam for 10th graders….by Cornelson….quite embarassing….so please, make sure… Read more »