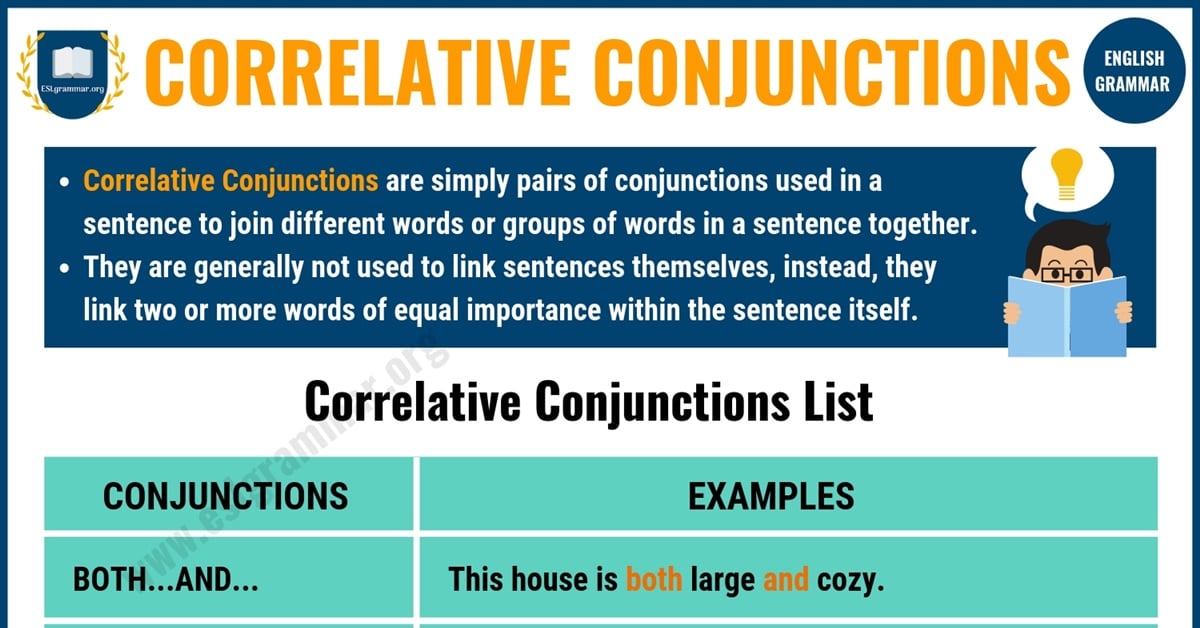 Correlative Conjunctions in English! Learn not only.. but also.., neither..nor.., whether.. or.., rather.. or.., no sooner.. than.., just as.. so.., both.. and…with examples and ESL printable infographic.

A conjunction is a word which connects two words or clauses or sentences and shows the relation between them. Conjunctions can primarily be broken down into three categories:

This lesson will explain the definition of Correlative Conjunctions, useful list & examples:

Some of the more commonly used correlative conjunctions are:

Both the shoes and the dress were completely overpriced.

They should either change their strategy or just forfeit the game.

Just as she loves hiking so she enjoys travelling as well.

He neither helps around the house nor does he look for a job.

Not only does he play the lead guitar but he is also the band’s songwriter.

It doesn’t matter whether the roses are fresh or if they are drooping, just buy them.

The phrase “no sooner…than” is used to indicate that two events happened simultaneously or in quick succession. 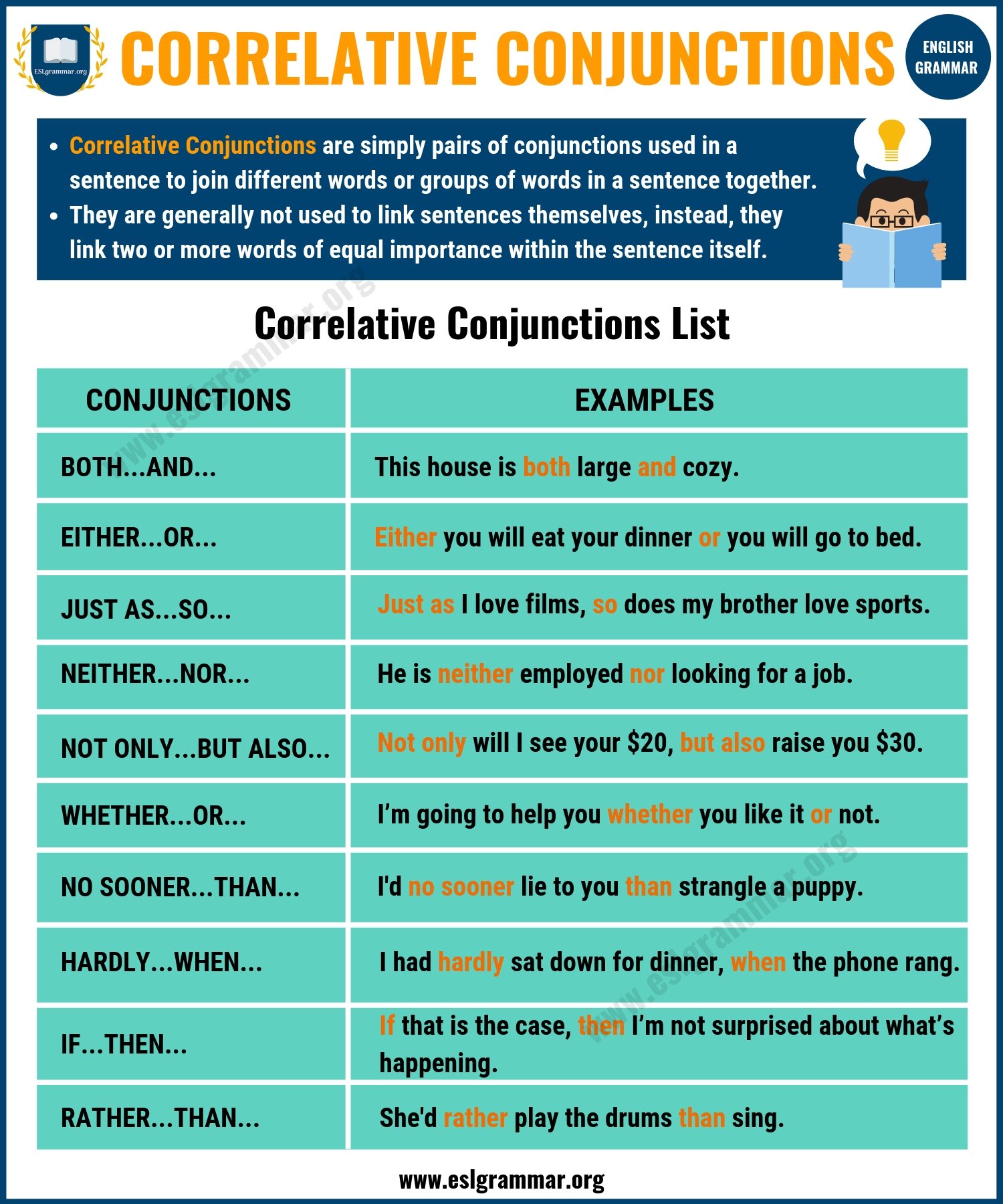