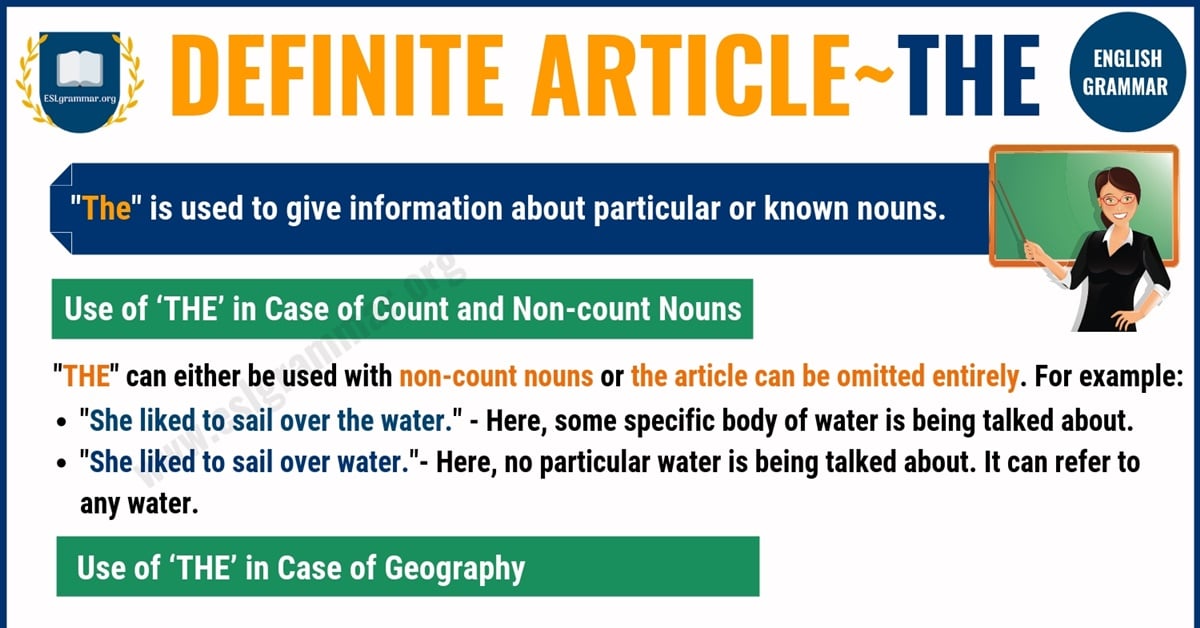 “The” is used to give information about particular or known nouns. These are usually things that have been mentioned before or that the listener is familiar with.

For example, study these sentences:

“I went to see a tattoo artist.”

“The tattoo artist has given me an appointment next week.”

It is clear that in the first sentence, the speaker did not go to see a particular tattoo artist. He/she went to see any tattoo artist and was speaking to a friend about the same. The tattoo artist in this case has either not been mentioned before or is not that important, and therefore their identity is unknown.

Whereas in the second sentence, the speaker refers to the tattoo artist that had already been mentioned before. The identity is already known, therefore, “the” has been used to refer the tattoo artist.

The can either be used with non-count nouns or the article can be omitted entirely. For example:

“She liked to sail over the water.” – Here, some specific body of water is being talked about.

“She liked to sail over water.”- Here, no particular water is being talked about. It can refer to any water.

Use of ‘The’ in Case of Geography

There are some specific rules for using ‘the’ with geographical nouns.

Do not use ‘the’ before:

# names of most countries/territories: India, Brazil, Canada; however, the Netherlands, the Dominican Republic, the Philippines, the United States

# names of lakes and bays: Lake Michigan, Lake Ontario; except while referring to a group of lakes – the Great Lakes

# names of islands: Easter Island, Maui, Key West except with island chains like the Andaman Islands, the Canary Islands

# names of rivers, oceans and seas: the Ganga, the India Ocean

# points on the globe: the Equator, the South Pole

# deserts, forests, gulfs, and peninsulas: the Kalahari, the Sunderbans 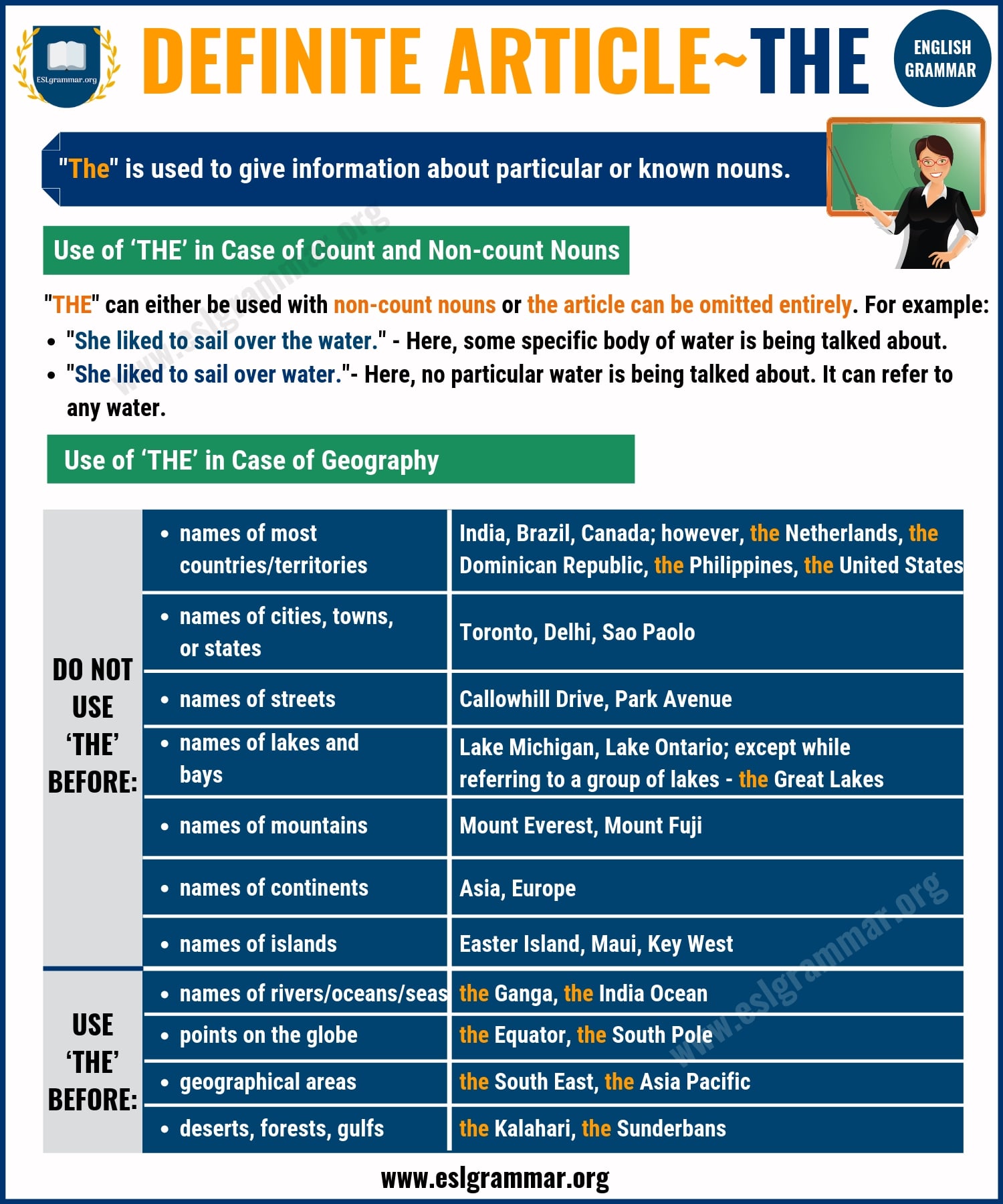