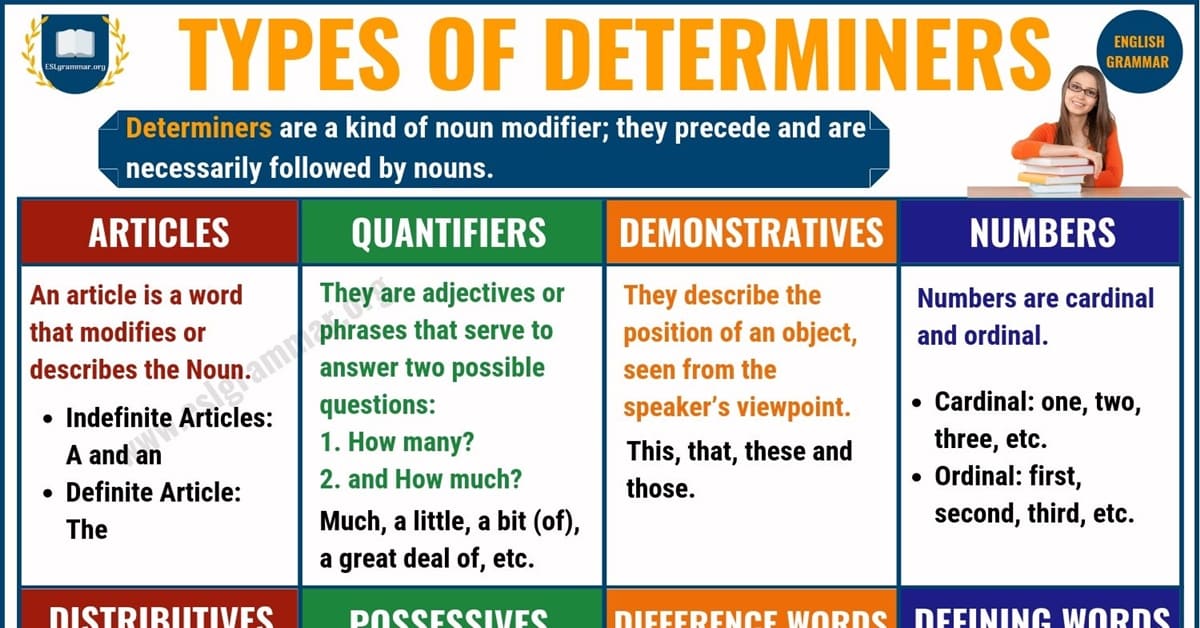 What are determiners in English?

Determiners are a kind of noun modifier; they precede and are necessarily followed by nouns. While adjectives perform a similar function, the term ‘determiner’ refers to a relatively limited set of well-established words that can be said to ‘mark’ nouns.

The function of determiners is to ‘express reference’; i.e. they clarify what a noun is referring to. For example, when one says ‘that box’, the listener knows which box is being referred to.

There are many types of determiners:

There are three articles: a, an, and the.

A and an are indefinite articles that serve the same purpose, but they cannot be used interchangeably, because ‘a’ is only used before words that begin with consonants, and ‘an’ is used only before words that begin with vowels. (Note: ‘an’ before ‘h’ when it is silent, as in ‘hour’ and ‘honour’; ‘a’ before ‘u’ and ‘eu’ when they sound like ‘you’, as in ‘European’ and ‘university’.

The uses of the indefinite article are as follows: 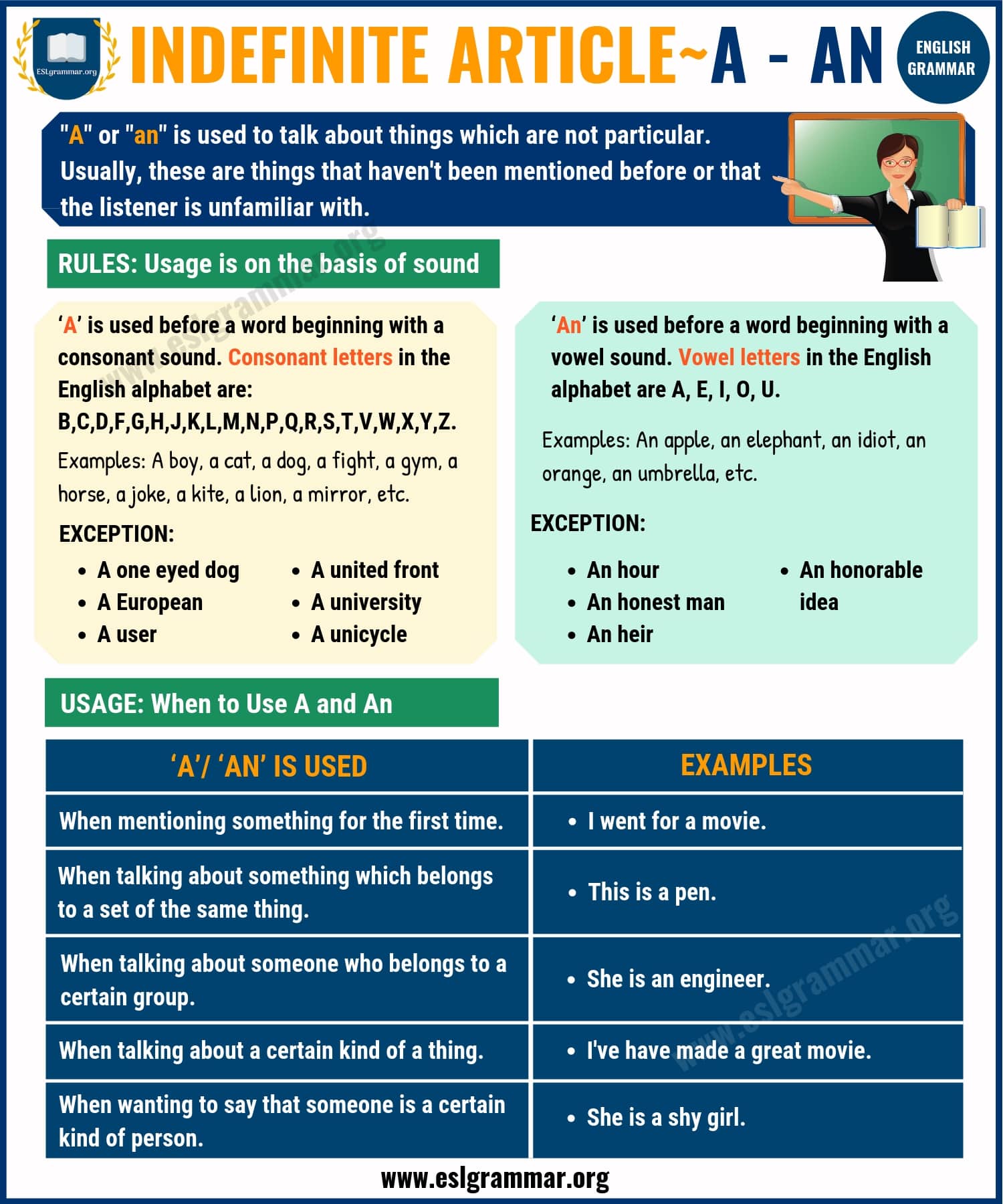 ‘The’ is known as the definite article in English. Its uses are as follows: 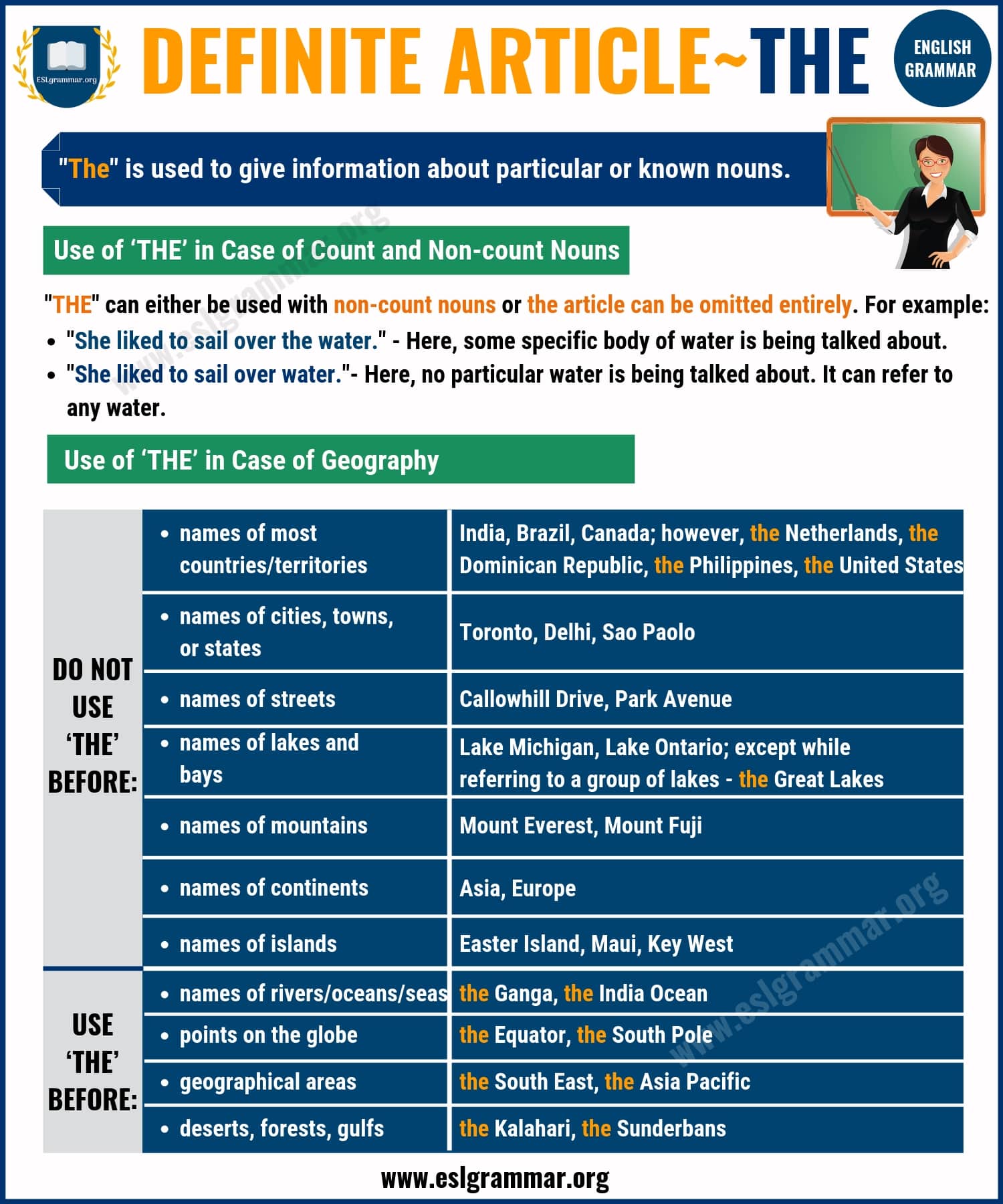 Quantifiers form a sub-class under determiners. They are adjectives or phrases that serve to answer two possible questions: 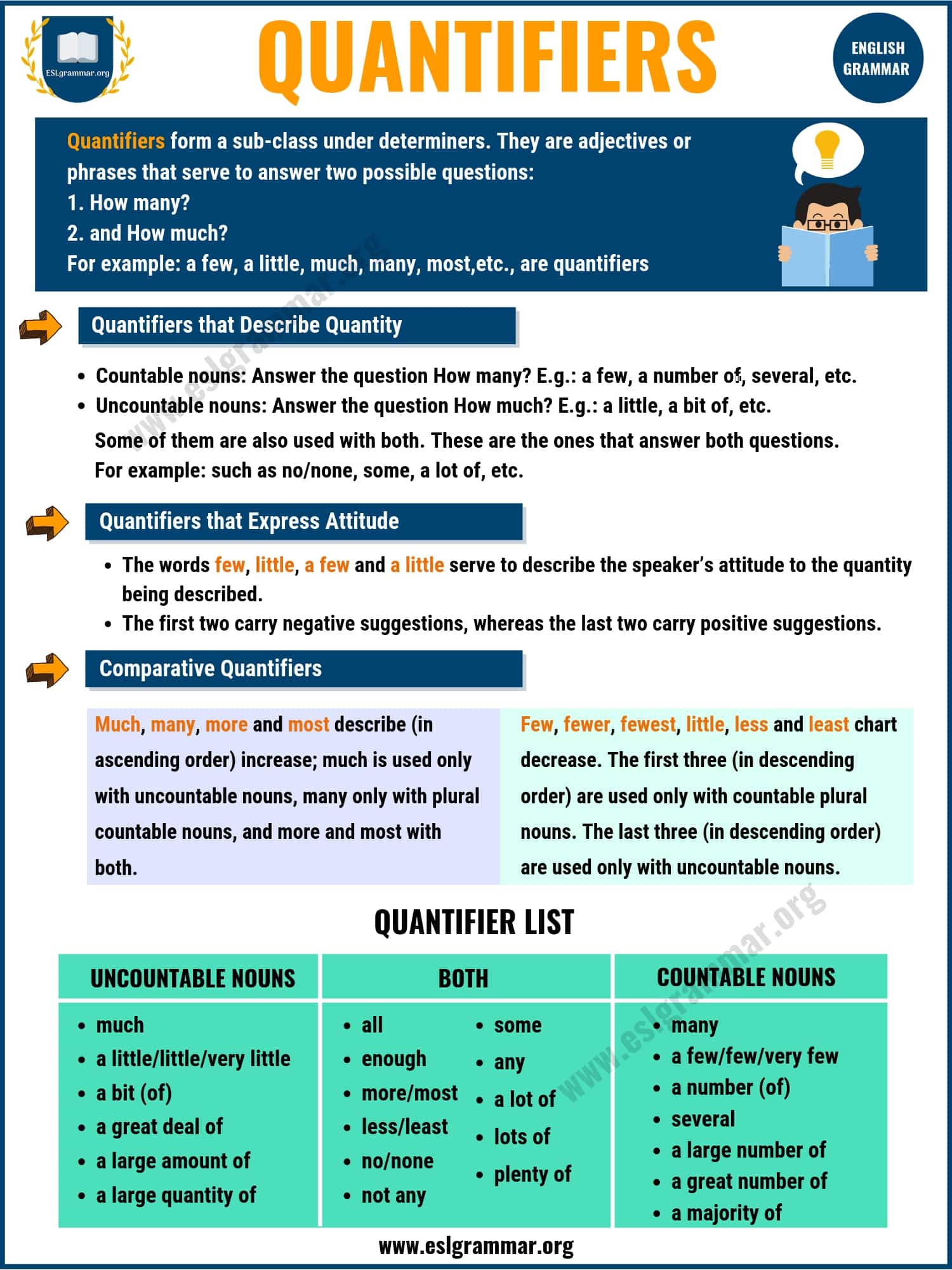 This, that, these and those are known are demonstratives; they describe the position of an object, seen from the speaker’s viewpoint.

This and these (used for singular and plural nouns respectively) refer to objects that close by. For example: Whose car is this? Whose cars are these?

That and those (used for singular and plural nouns respectively) refer to objects that are further away. The closeness can be physical or psychological. For example: Who lives in that house?

The words all, both, half, each, every, either and neither are known as distributives.

All, Both, Half – These three words can be used in the following ways:

Possessive pronouns and adjectives indicate who an object belongs to.

The corresponding adjectives are:

Which and whose are ‘defining words’; they indicate which thing or person is being referred to.

There are a number of words in the English language that are used primarily to make questions; these words are ‘question words’, sometimes known as ‘WH question words’, owing to the fact that all of them start with the letter ‘w’, except one which starts with ‘h’. 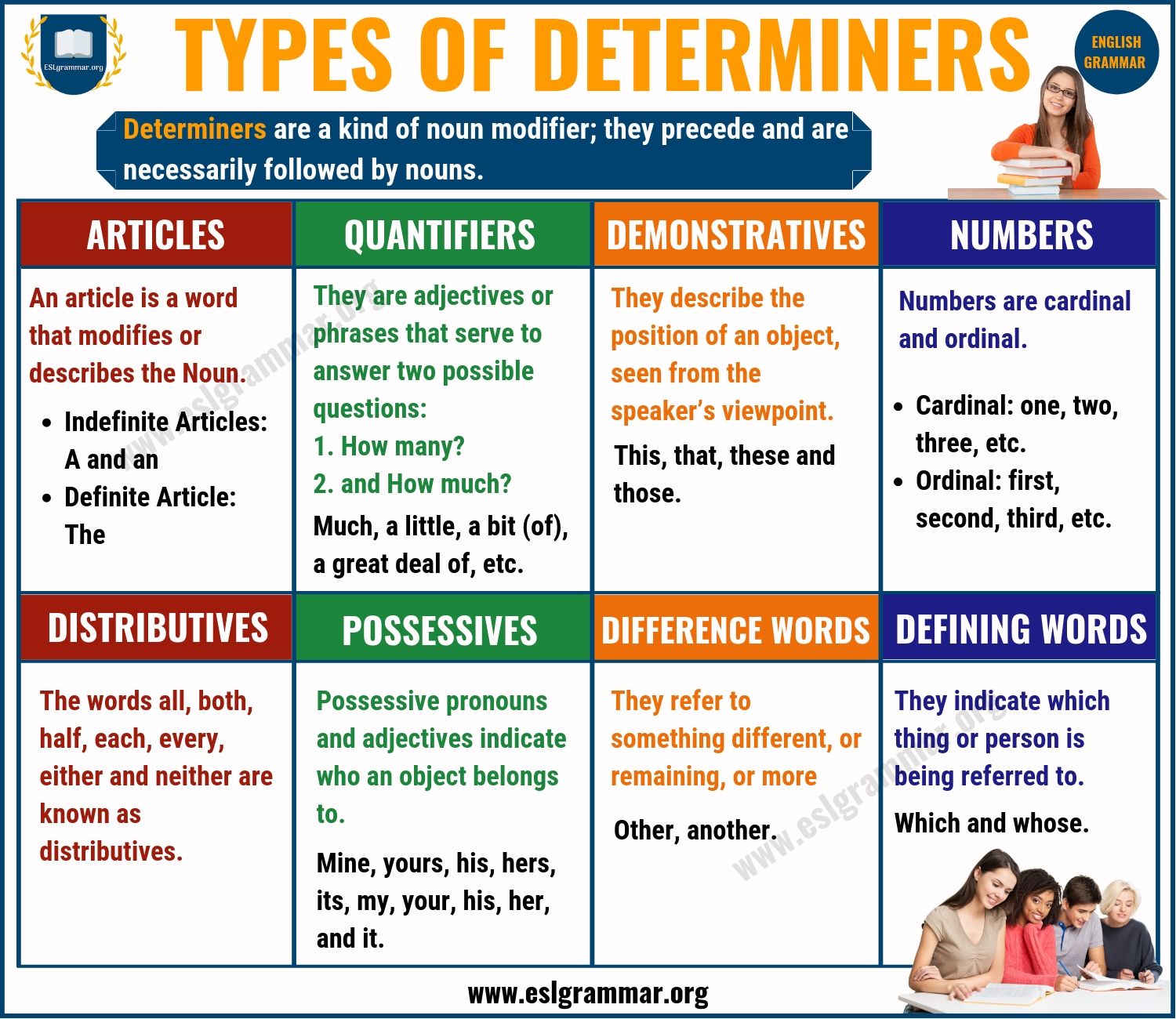 Hi, I’m really feeling the pressure not to make any grammatical errors which will probably result in few! Is it possible to explain the difference between this and that? It’s been on my mind for years!

General Idea: “This” indicates something close to you. “That” indicates something further away.
“This” can indicate something close or recently mentioned – like an idea, a thought you are having and are sharing, now. While “that” idea (for this example) can mean an idea expressed a while ago (that is in time, not distance).
You can also use “that” to intentionally put psychological distance between you and a physical object or a thought (“Get that spider off of me!!!”)

So, the idea of proximity can be both physical and mental