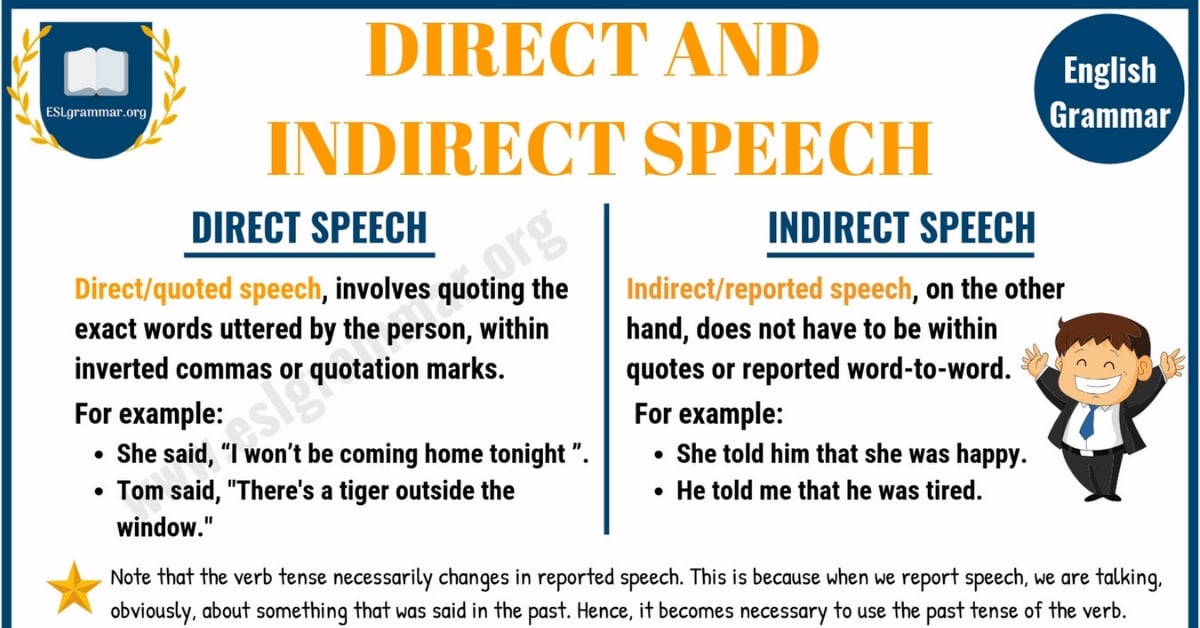 In the English language, there are two ways of conveying what someone else has said: direct/quoted speech and indirect/ reported speech.

Note that in this type of speech, a comma is most often used before starting the exact quote within the inverter commas.

Indirect/reported speech, on the other hand, does not have to be within quotes or reported word-to-word. In fact, unless one is relaying the exact words spoken, one should never use quotation marks.

Note that the verb tense necessarily changes in reported speech. This is because when we report speech, we are talking, obviously, about something that was said in the past. Hence, it becomes necessary to use the past tense of the verb.

Another thing to note is that modal verbs (will, can, must, shall, may) also change, taking their past tense forms (would, could, had to, should, might). This also means that would, could, should, might and ought to do not change forms when reported. 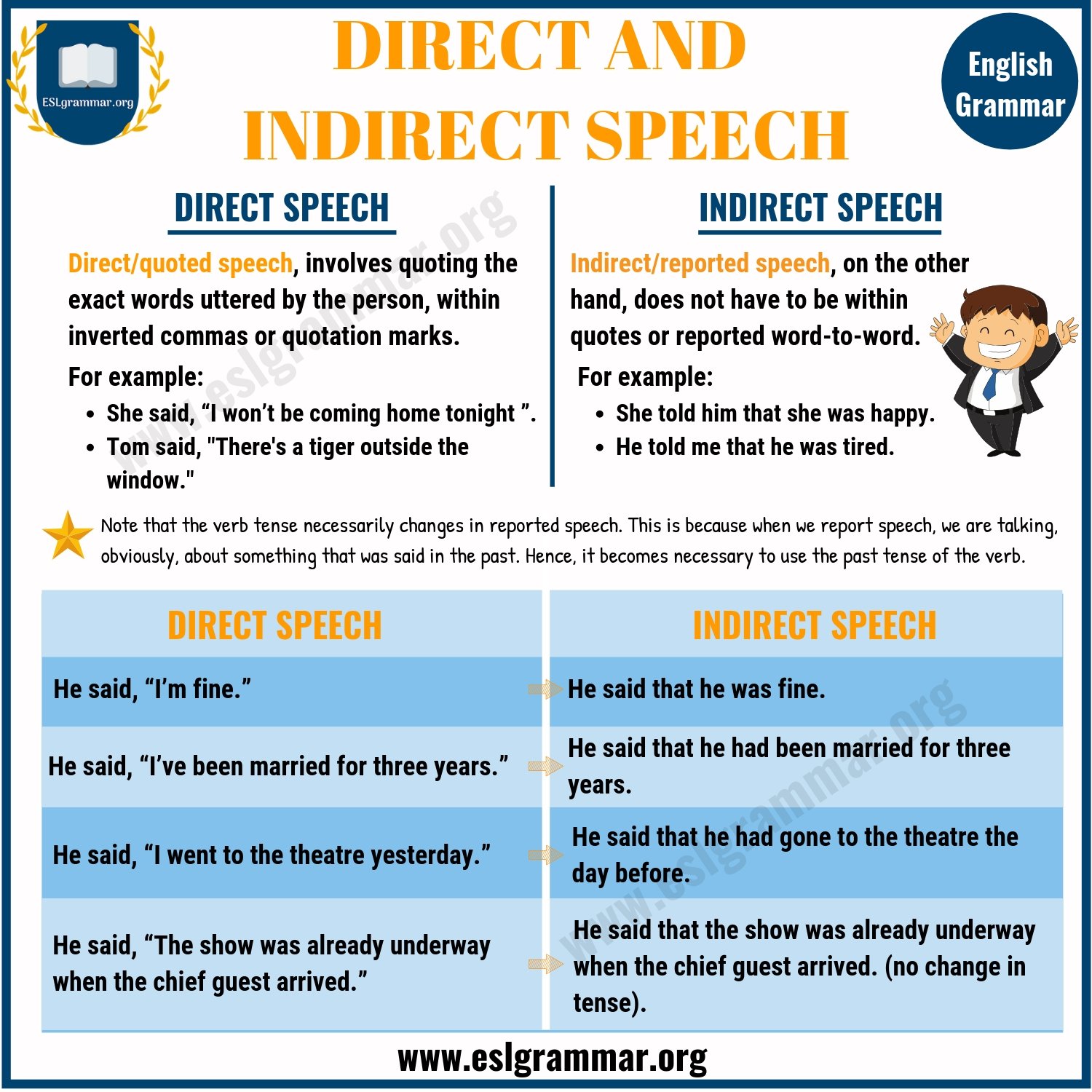