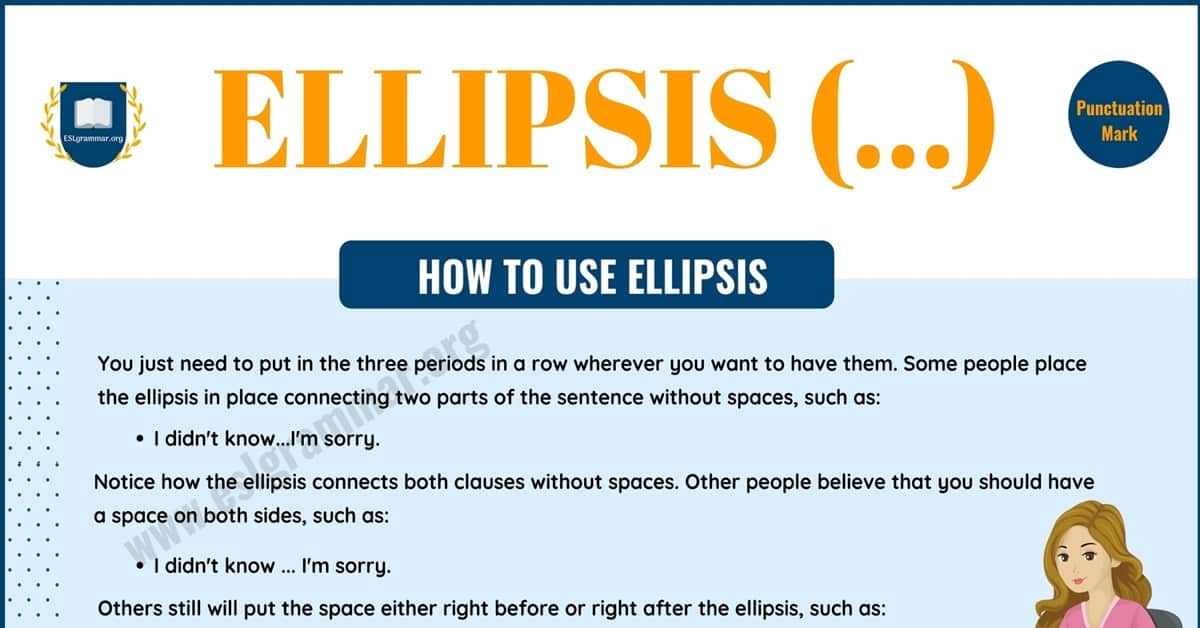 In punctuation, the ellipsis refers to the repetition of three periods in a row (…) and is used for several different purposes. Using an ellipses allows you to omit words in quoted sentences, or to be used as a way to convey a pause when writing dialogue. Why would you like to omit words in quoted work, you may ask? Simple: Sometimes, a paragraph includes fluff that is unnecessary for the purpose you need. Other times, you want to convey hesitation.

Mastering ellipses in your writing will provide you with a certain sort of mastery over quoting material from other people. It will allow you to make the quotes that you are using flow more with your writing as well. For example, you might want to include the quotation from someone else directly into your own sentence, and sometimes, some of the words are unnecessary or do not flow quite right. This is where your ellipses mastery will come into play.

How do you know when to use an ellipsis and how to do so effectively? You’re about to find out!

How to Use Ellipses

Using ellipses couldn’t be simpler. You just need to put in the three periods in a row wherever you want to have them. Some people place the ellipsis in place connecting two parts of the sentence without spaces, such as:

Notice how the ellipsis connects both clauses without spaces.

Other people believe that you should have a space on both sides, such as:

Others still will put the space either right before or right after the ellipsis, such as:

Notice how both of these look slightly different. The most commonly accepted options are either omitting the spaces, or having the space after the ellipsis.

Informally, the ellipsis is used to show trailing off or hesitation. It is meant to show that there was a sort of trialing pause in the natural speech, allowing for more to be conveyed. For example:

You will need to be mindful of ellipses however; they run the risk of being overused otherwise, especially in informal writing.

The most commonly used ellipses are in quoted material. When you have a need to quote a passage or speech from someone else, sometimes, you want to leave out some of the fluff. For this purpose, you can simply add in your ellipsis to convey that you have left out those words while quoting. For example:

Notice how there was a reduction in the words used while still getting the desired meaning across to the reader. Both sentences get their point across; you see what the purpose is, but when using the ellipsis, you get to reduce the word count as well. However, it can become much more complex as well. You may need to integrate part of a quote into your work as well, such as:

Notice how it worked to combine the content and allowed you to integrate your sentence. Or, if you need to use several parts of the work into your writing, you could utilize ellipses in the following way:

Notice how this essentially pieced together one long quote to convey the information you wanted to get across while still cutting out the wording that was superfluous or otherwise unnecessary. 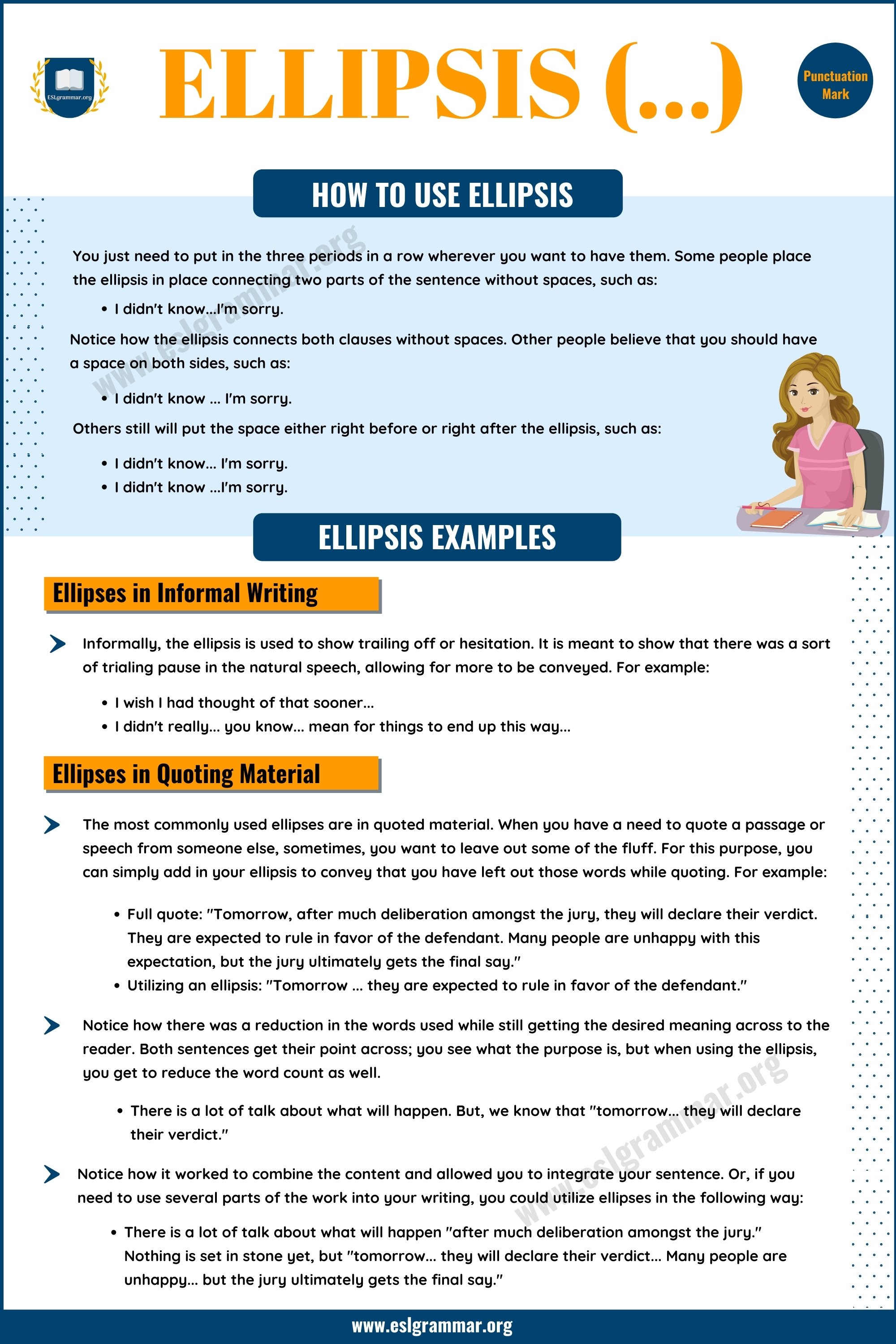