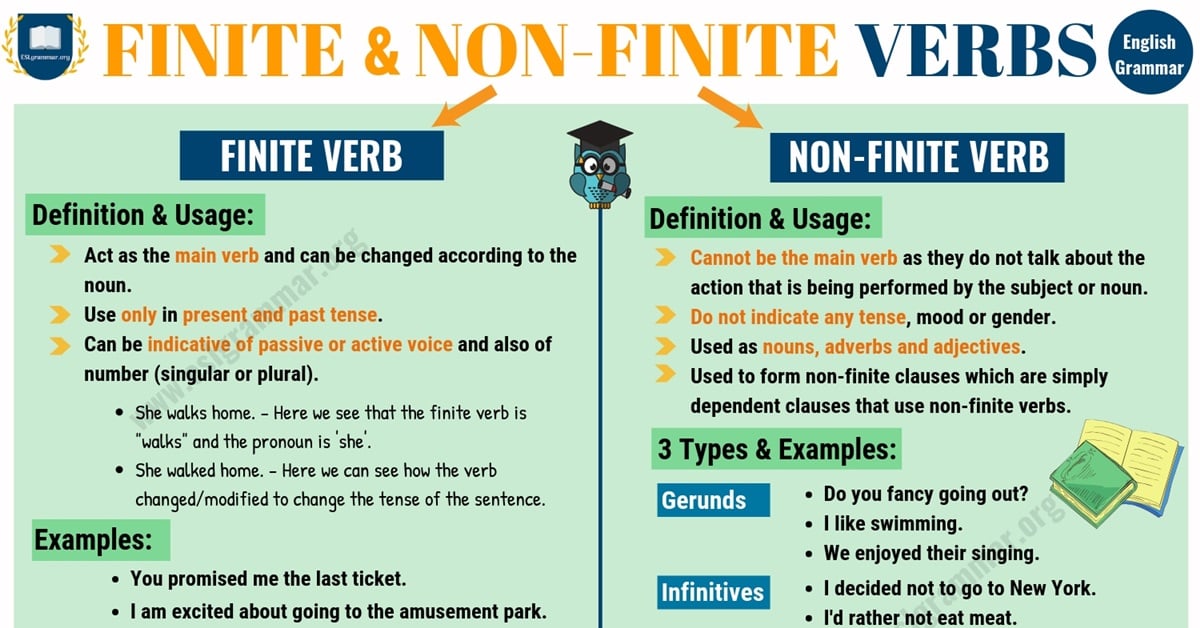 She walks home. – Here we see that the finite verb is “walks” and the pronoun is ‘she’.

She walked home. – Here we can see how the verb changed/modified to change the tense of the sentence.

I need to go to sleep. – Here the non- finite verb phrase is to sleep, it is acting as a noun. Non-finite verbs that use ‘to’ before them are called Infinitives.

The sleeping dog caused a delay. – The non-finite verbs that have ‘-ing’ or ‘-ed’ as suffixes and cause the verb to come an adjective are called Participles. 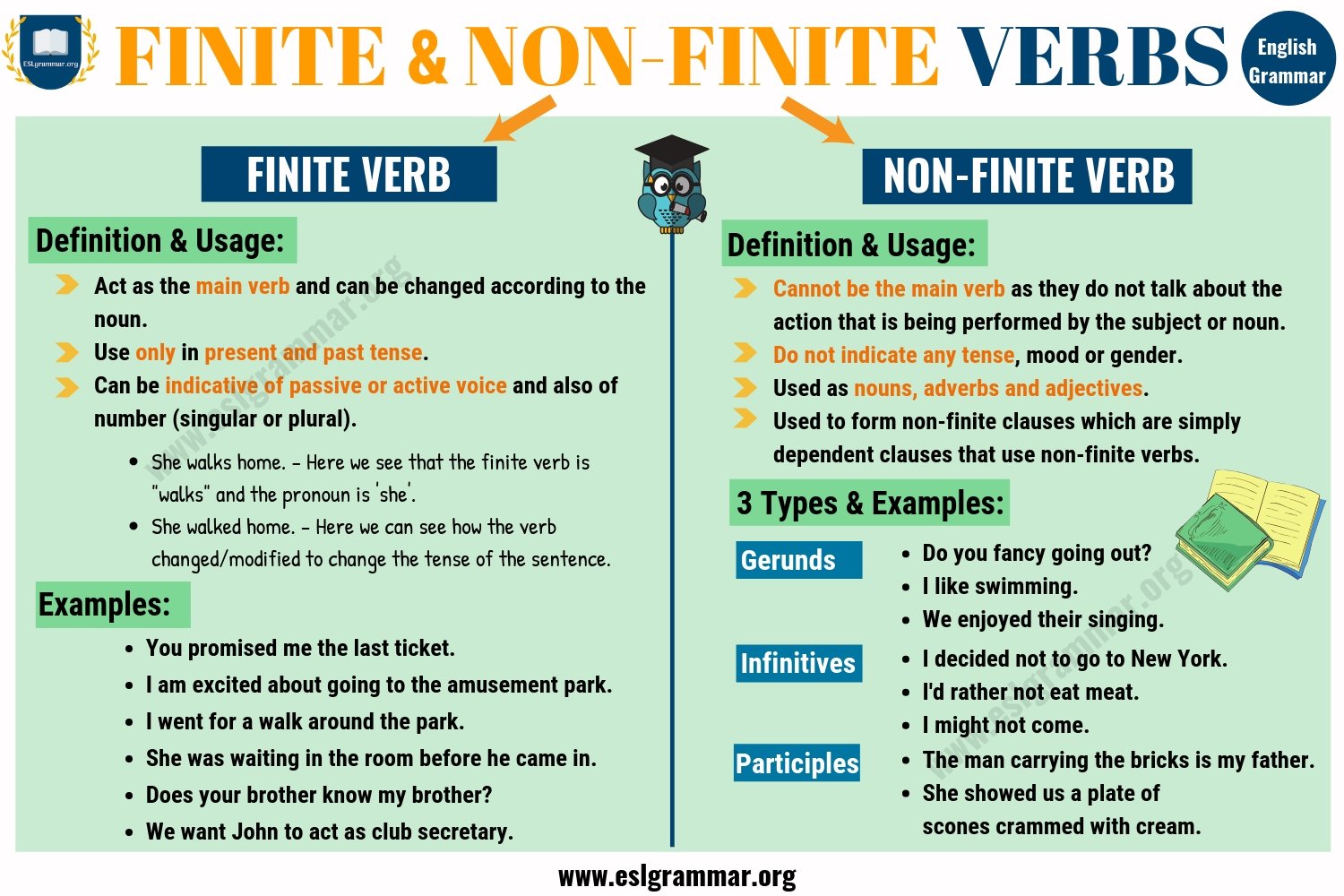 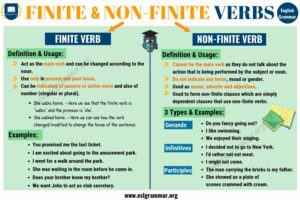