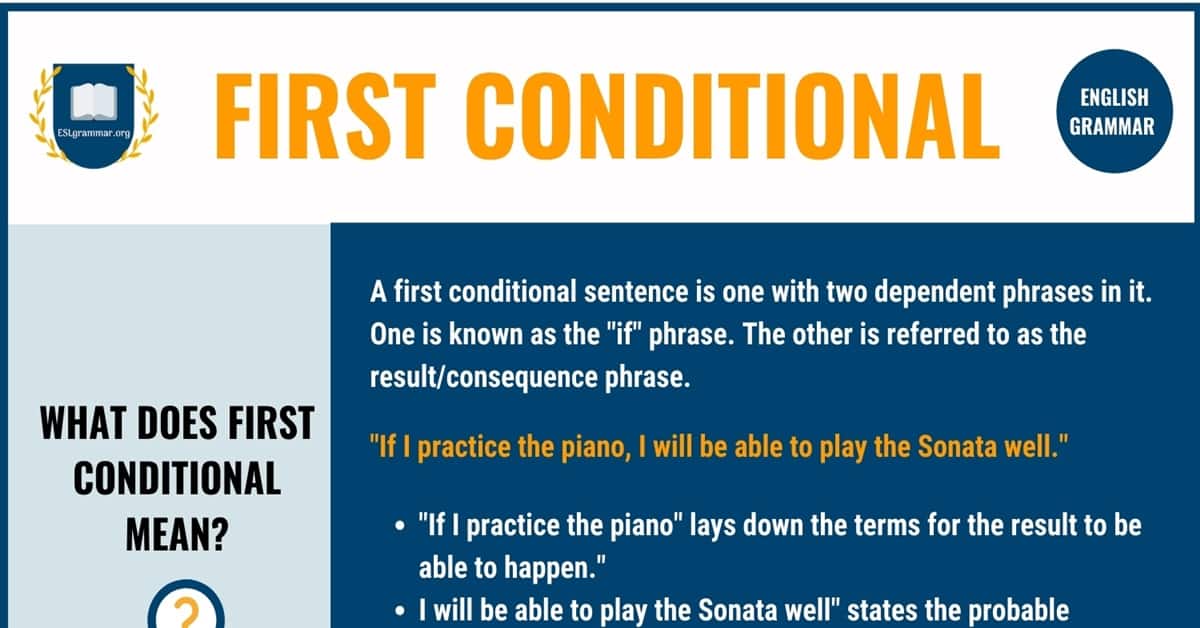 The term, first conditional, might not sound like a part of speech or writing. It might sound more like what happens when your friends send a card. It tells you that you’re invited to an event, and their new baby will be named. The card calls the event a “first conditional”. Of course, there’s no baby-naming event called first conditional. It’s part of the English language.

What Does First Conditional Mean?

While it’s true that there’s no type of event called first conditional, where people would go to give a baby a name, there is a first conditional that is used to refer to future events. That can sound confusing, but don’t worry. It won’t be confusing for long.

A first conditional sentence is one with two dependent phrases in it. One is known as the “if” phrase. The other is referred to as the result/consequence phrase.

“If I practice the piano” lays down the terms for the result to be able to happen.

“I will be able to play the Sonata well” states the probable fulfillment of the terms in the first half of the sentence.

How Does It Work

IN A FIRST CONDITIONAL, THE PHRASES NEED EACH OTHER.

One phrase cannot exist without the other in this sentence.

Example: If you get gas in the car, I will drive to the store.

“If you get gas in the car” doesn’t really say what will happen. It leaves the reader with a question forming in their mind: “If you get gas…WHAT THEN?”

Question: The word “will” is a strong word, making this kind of sentence definite. Does that also mean it is 100% likely to occur?

Answer: It is definitely going to happen as long as the terms of the first phrase are followed through on, but if the terms of the sentence aren’t met for some reason, the result mentioned after the comma becomes less likely. Also, if you replace the word “will” with a less stringent word, such as might, the tone of the sentence becomes less sure.

OTHER WORDS CAN BE USED

In place of “if”, you can say “so long as” or “provided that”. Also, “may” or “might” can be substituted for “will”. But it won’t be definite any more because when something may happen, that isn’t as sure as when something will happen.

Example: If you do not wash the dishes, they they may attract bugs. 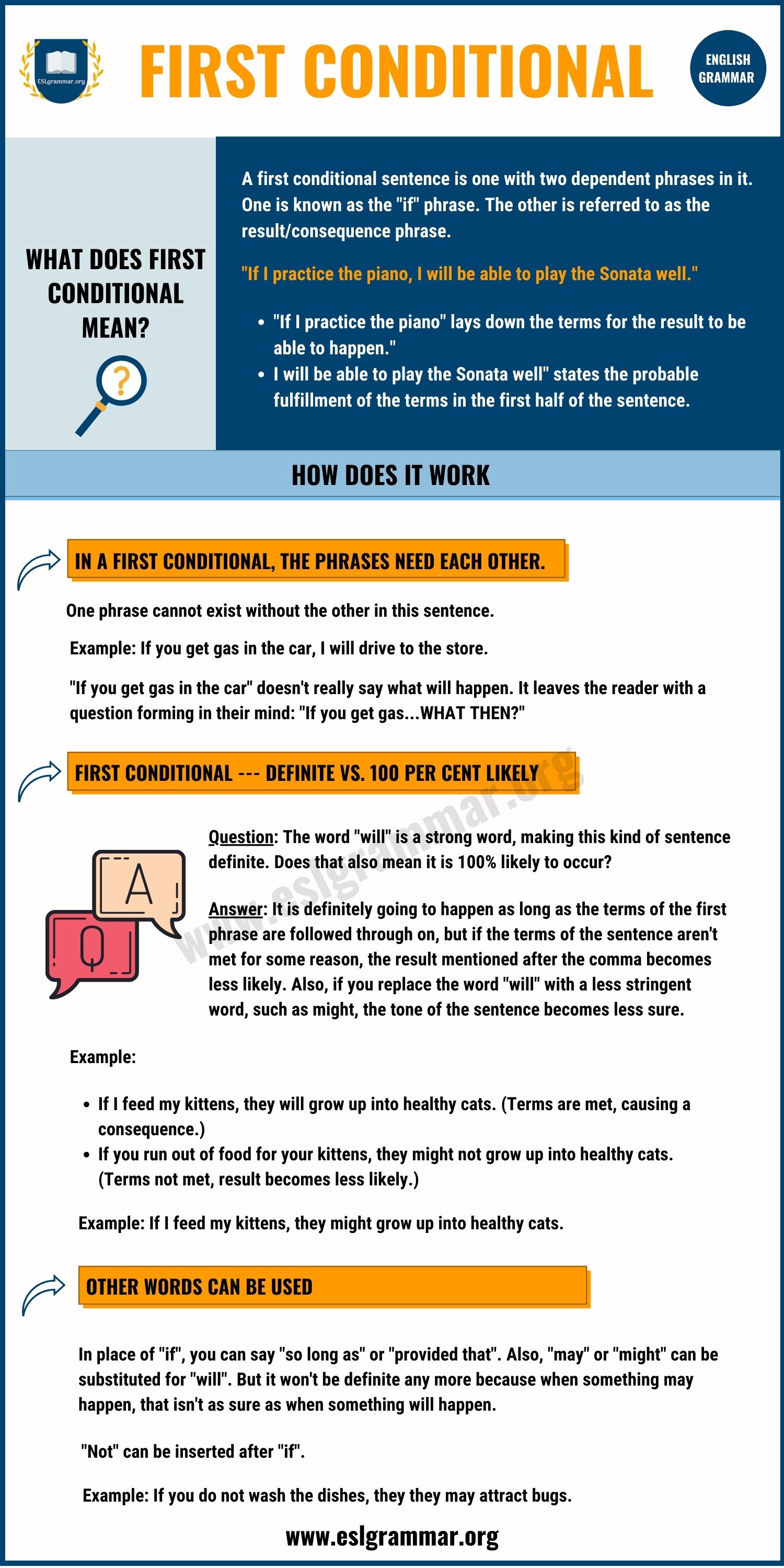