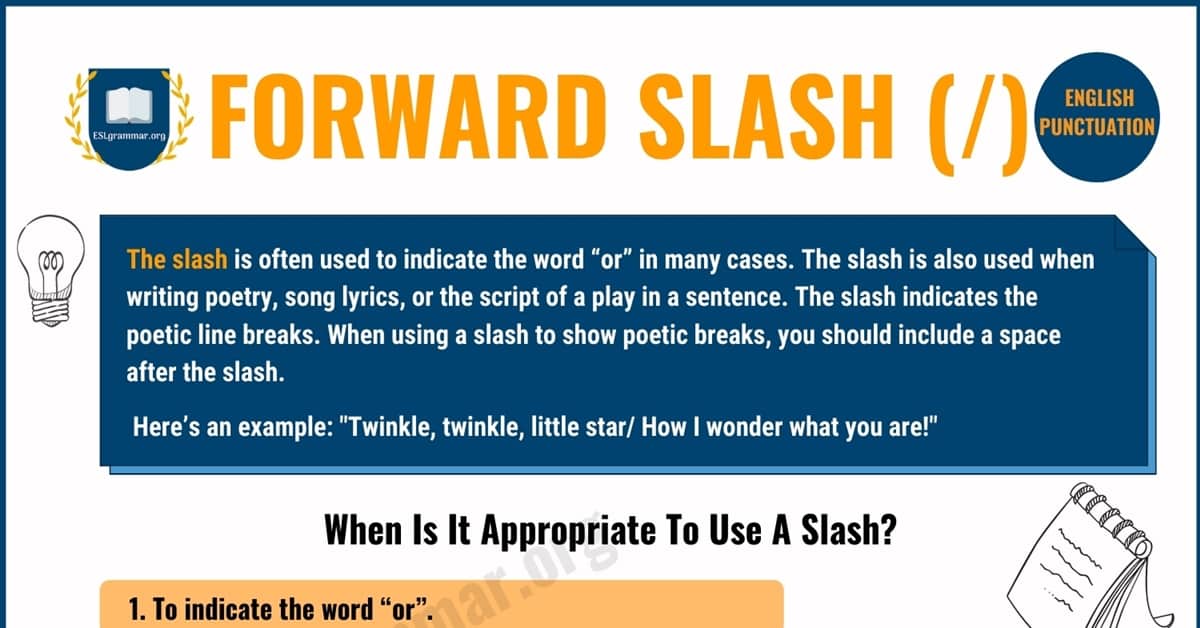 What Does the Slash Mean?

The slash is often used to indicate the word “or” in many cases. The slash is also used when writing poetry, song lyrics, or the script of a play in a sentence. The slash indicates the poetic line breaks. When using a slash to show poetic breaks, you should include a space after the slash.

Here’s an example: “Twinkle, twinkle, little star/ How I wonder what you are!”

When Is It Appropriate To Use A Slash?

Here are the times when it is appropriate to use a slash:

2. To show the breaks of poetic lines.

3. To form an abbreviation

Note, in this case, you do not include a space after the slash.

4. To indicate conflicting and connecting relationships

A slash can be used to show the conflict or connection between two words, terms, or phrases in a sentence.

5. To form a fraction

On most keyboards, most fractions cannot be typed, such as or, so it must be written out.

8. To for an abbreviation of a word

Be careful with your abbreviations because they can have more than one meaning. For instance, a/c can also mean air conditioning and n/a can mean not available.

People wonder if it is appropriate to have spaces before and after a slash. Generally, there should not be a space next to the slash. One exception is to make poetic line breaks. Another exception is to separate a multi-word phrase, such as First Gulf War/ Second Gulf War.

One last piece of advice is to not over-use the slash. To use a slash too often can appear sloppy or lazy. Since it is used to abbreviate, the slash should be used with care with formal writing. The forward slash is a handy abbreviation tool, so use it well. 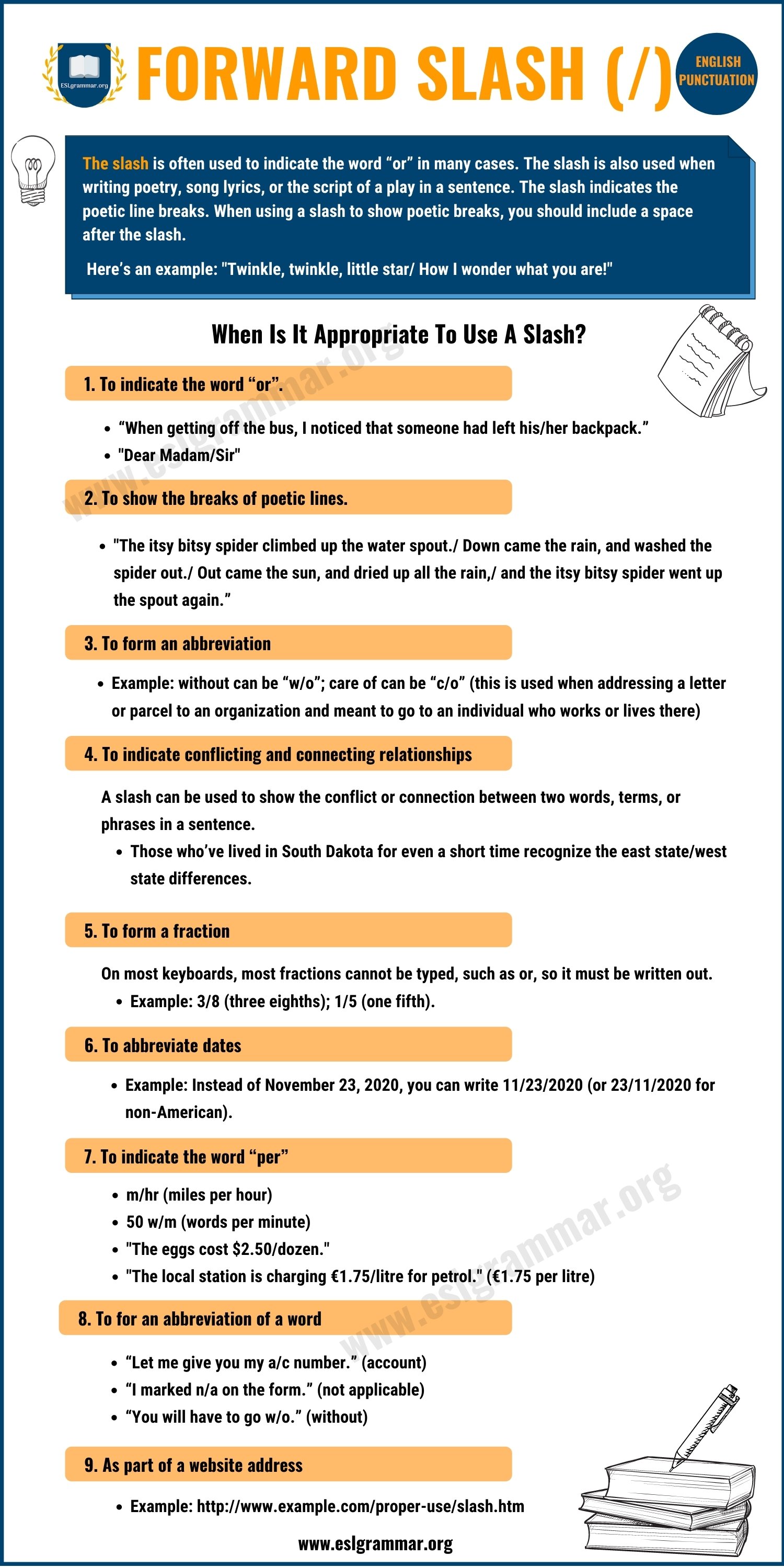