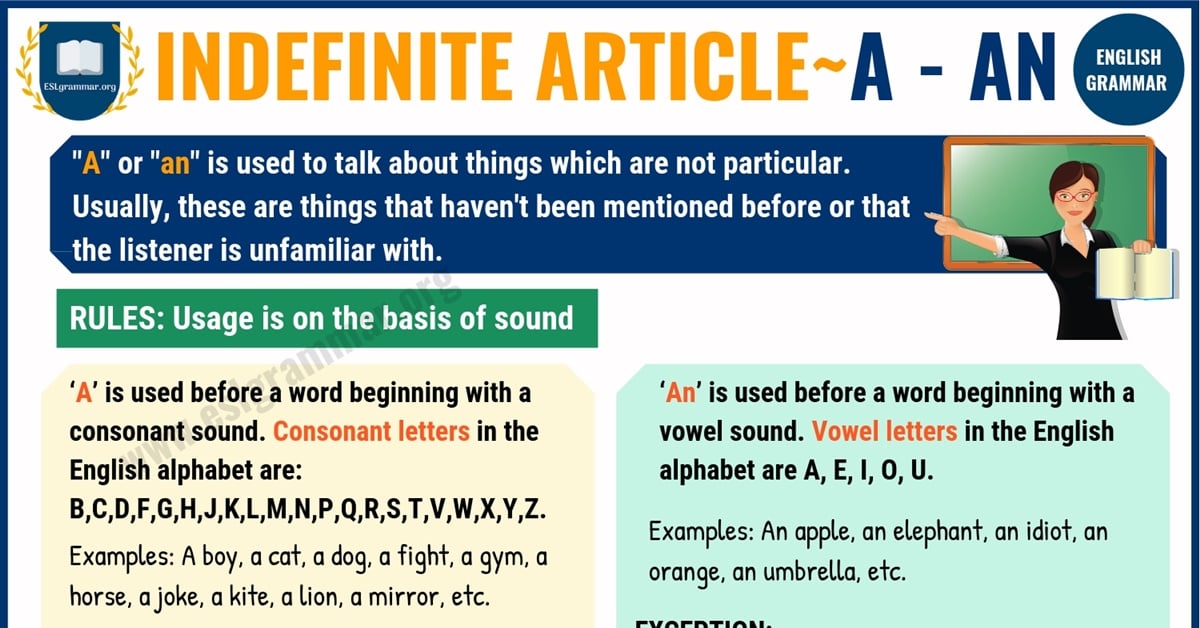 Indefinite Article in English! An article is a word that modifies or describes the noun. It is used before the noun to show whether it refers to something specific or not.

What is an Indefinite Article?

“A” or “An” is used to talk about things which are not particular. Usually, these are things that haven’t been mentioned before or that the listener is unfamiliar with.

‘A’ is used before a word beginning with a consonant sound. Consonant letters in the English alphabet are B,C,D,F,G,H,J,K,L,M,N,P,Q,R,S,T,V,W,X,Y,Z.

‘An’ is used before a word beginning with a vowel sound. Vowel letters in the English alphabet are A, E, I, O, U.

Note here that the usage is on the basis of sound and not only the letter the word starts with.

Do these seem wrong to you?

They’re not and the reason is that the ‘usage is on the basis of sound’. The words ‘hour’ and ‘honest’ both begin with a vowel sound, as the consonant ‘h’ is not pronounced. Similarly, the word ‘one’ begins with the consonant sound of ‘w’ and hence is written as ‘a one eyed dog’, not ‘an one eyed dog’.

Tips to remember the differences in a nutshell

# a + singular noun beginning with a consonant: a bag; a pen, etc.

# an + singular noun beginning with a vowel: an egg; an orphan, etc.

These rules also apply in Acronyms.

The rule also applies when acronyms start with consonant letters but have vowel sounds.

When/If the noun is modified by an adjective, the choice between “a” and “an” depends on the initial sound of the adjective that immediately follows the article.

A/An is used to indicate membership in a group. 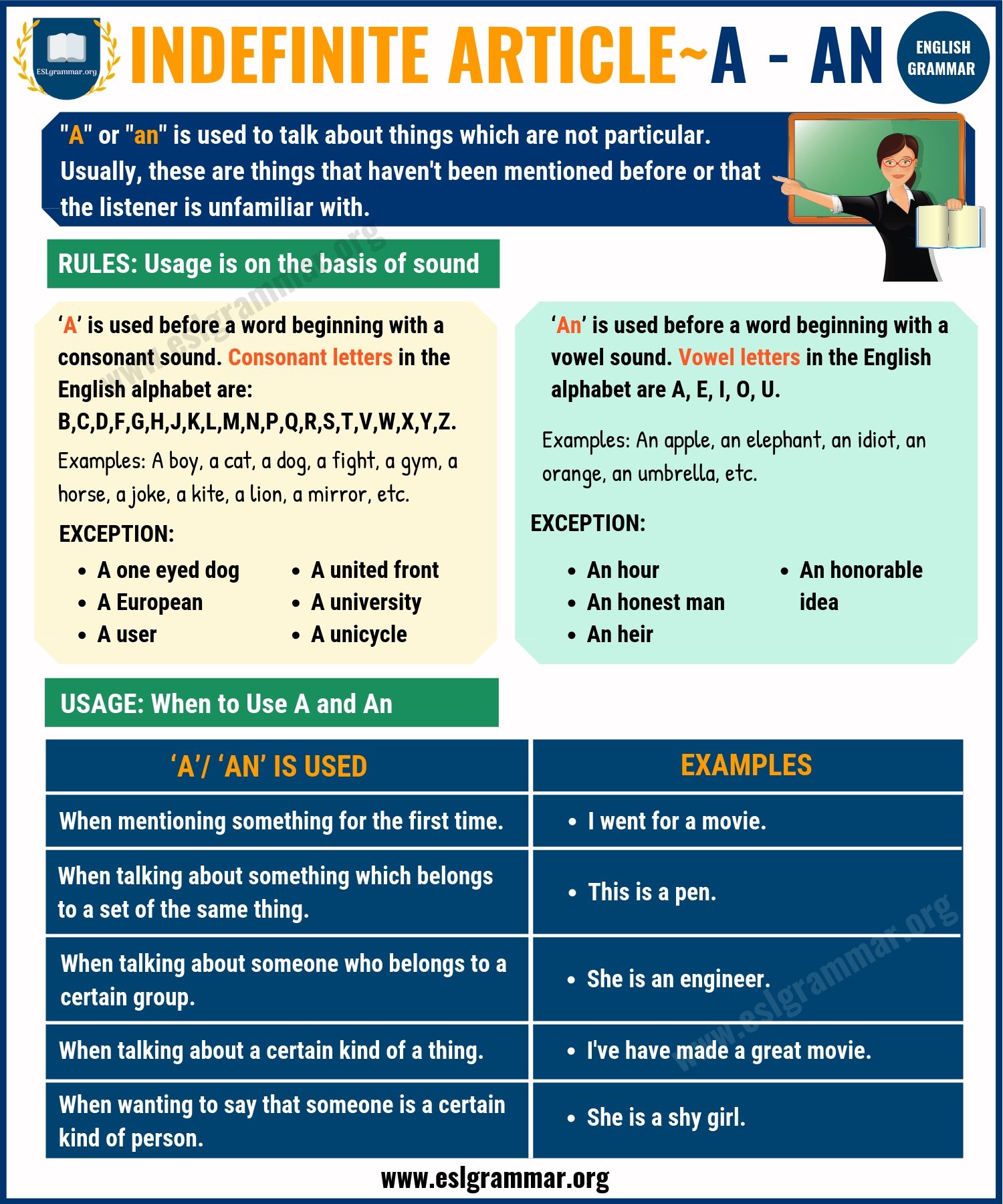 I’ve have made needs to be corrected, please.