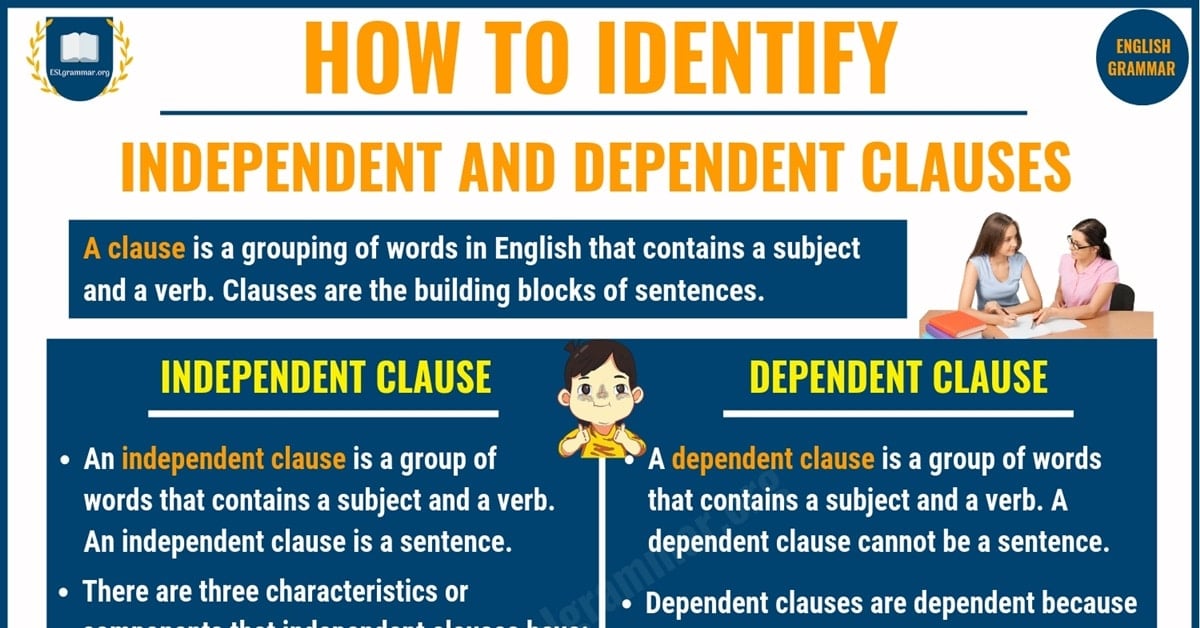 Independent and Dependent Clauses! Learn the definition and usage of independent and dependent clauses with useful examples and free ESL printable infographic.

What is an independent clause?

There are three characteristics or components that independent clauses have:

1. A subject: It gives information on what the sentence is about.

2. An action or predicate: It gives information on what the subject is doing.

3. Conveys a complete thought: It gives information on what is happening in the sentence.

For example: ‘Ram left to buy supplies‘ is an independent clause, and if you end it with a full stop, it becomes a sentence.

What is a dependent clause?

1. Marker Word (because, after, before, since, in order to, although, though, whenever, wherever, whether, while, even though, even if, etc.)

For example: ‘When Ram left to buy supplies’ can not be a sentence because it is an incomplete thought. What happened when Ram went to the shop? Here, ‘when’ functions as a ‘dependent marker word’; this term refers to words which, when added to the beginnings of independent clauses or sentences, transform them into dependent clauses.

Other examples of dependent marker words are after, although, as, as if, because, before, if, in order to, since, though, unless, until, whatever, when, whenever, whether, and while.

Dependent clauses, thus, need to be combined with independent clauses to form full sentences. For example: ‘When Ram left to buy supplies, Rohan snuck in and stole the money’ is a complete sentence. 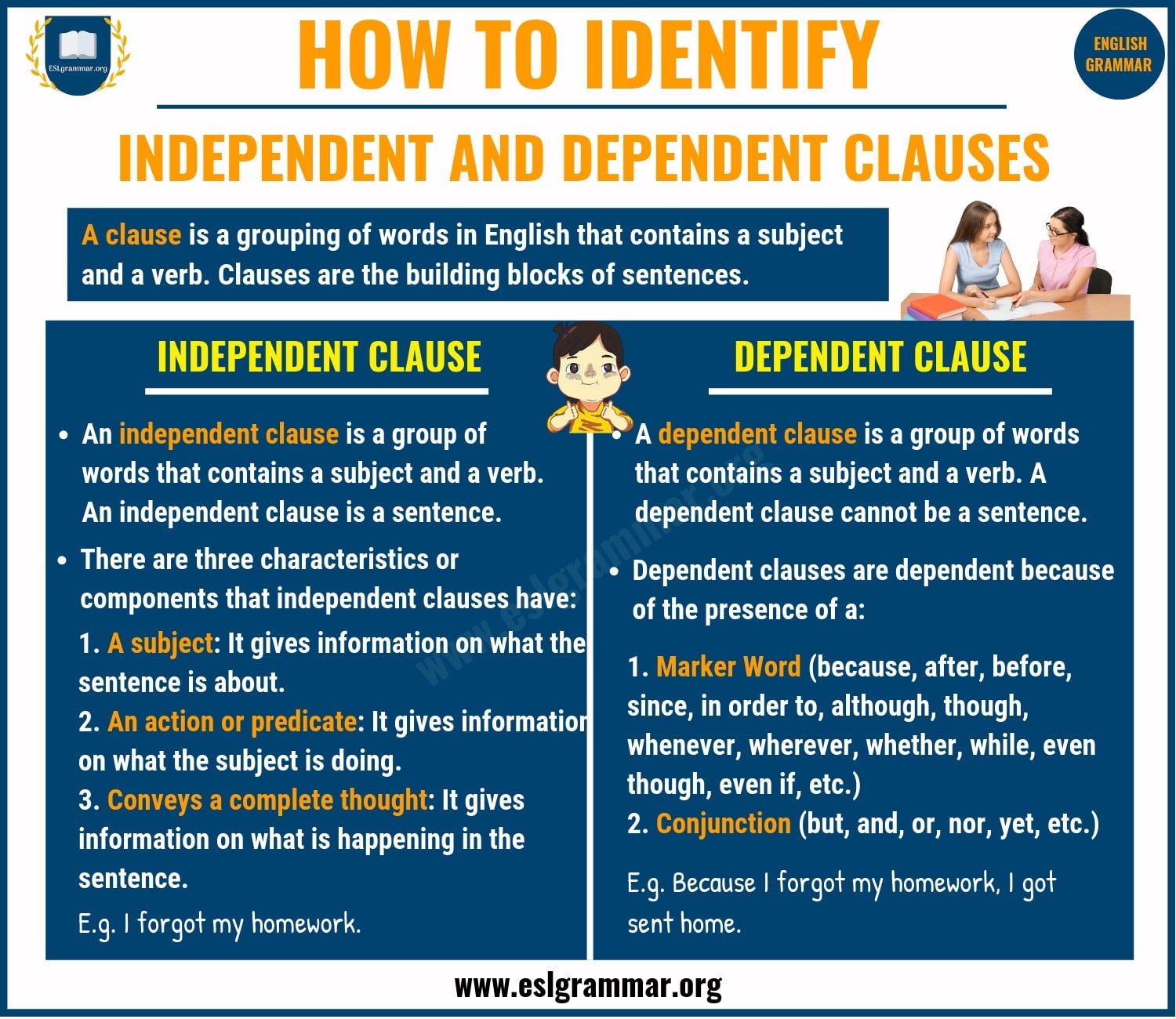 I feel bad that this get less reviews but i like the examples! It really helps.

less is comparative – less than. You could use ‘few’ or ‘didn’t get many reviews as it’s so good!’

good notes, it is useful for the children up 12 standard.

Thanks for the great work!
Btw, is there noun/adj/adv clause reference available?