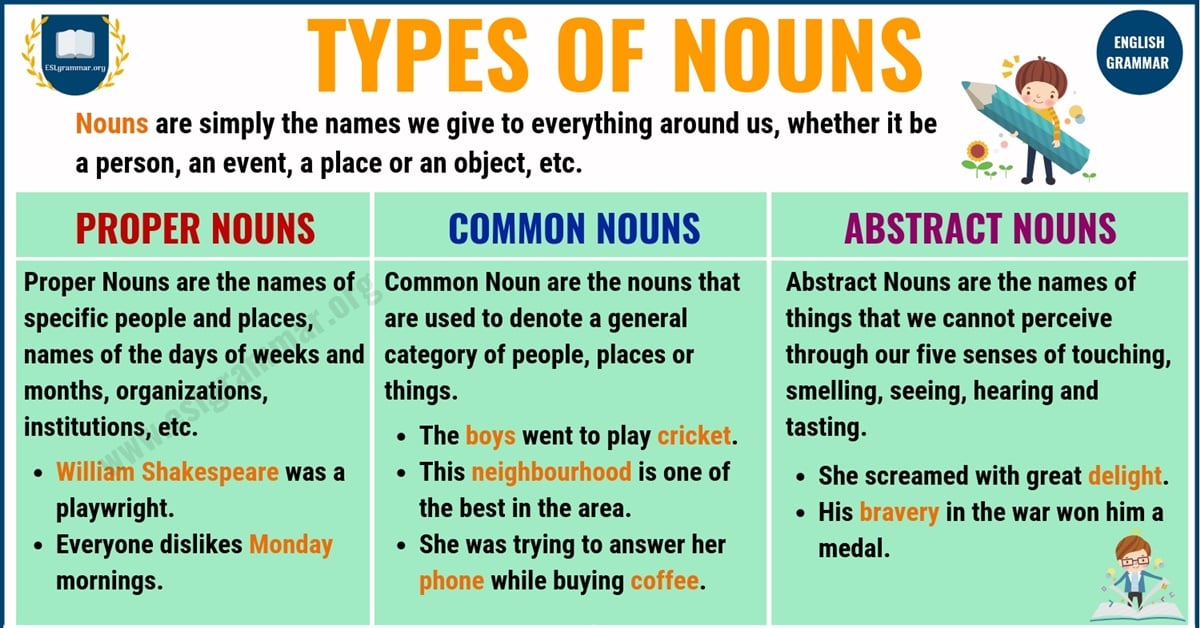 Nouns in English! What is a noun? Learn different types of nouns and how to use them in English sentences with useful examples and ESL printable infographic.

What is a noun?

Nouns are simply the names we give to everything around us, whether it be a person, an event, a place or an object, etc. Every particular name used to define something is a noun. E.g. : Amsterdam, Anita, Blackberry, Honesty, Waiter, etc.

The names given to a group of noun to identify them as a whole are called Collective Nouns. E.g.: pride of lions, gaggle of geese, etc. 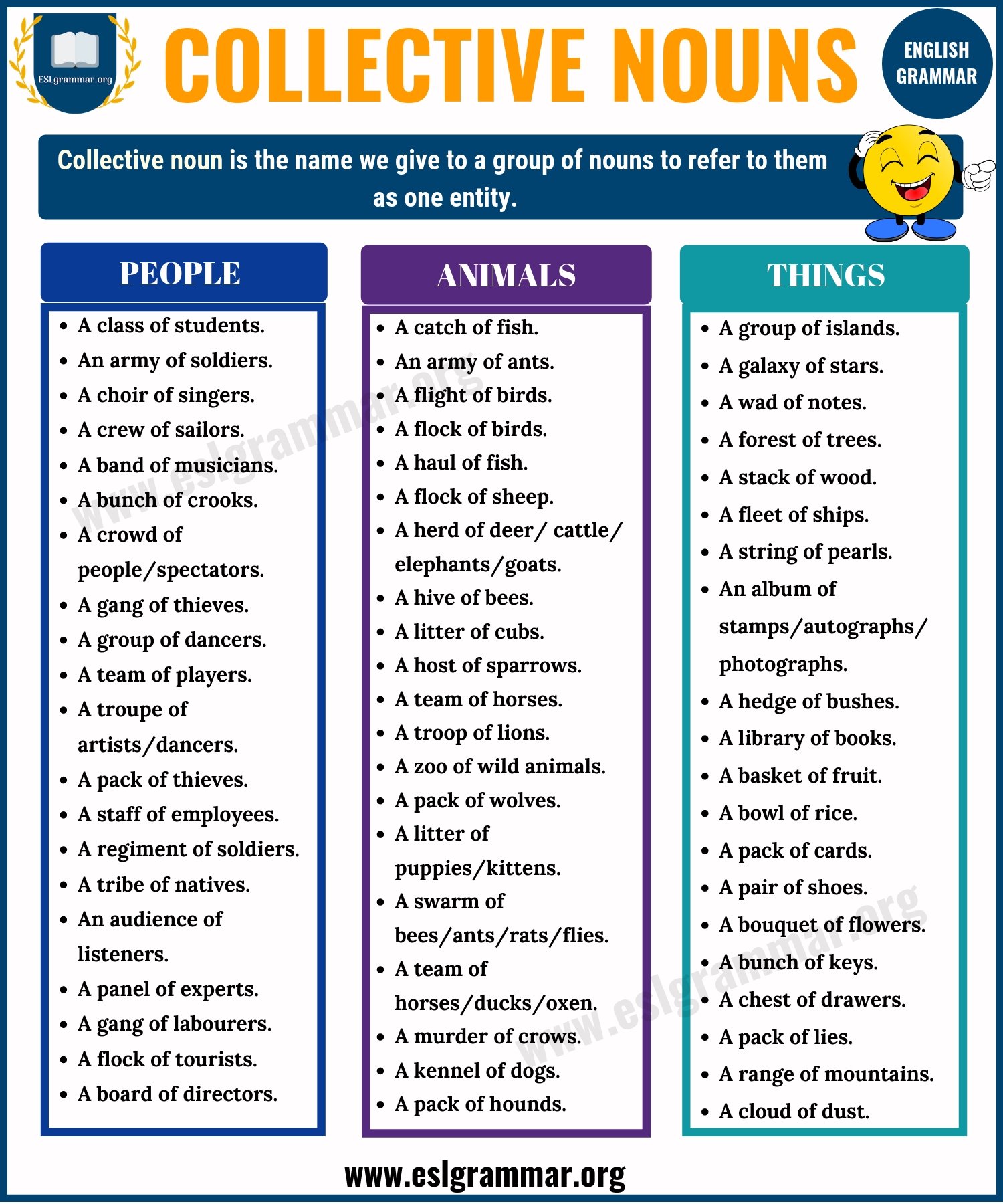 Nouns or pronouns can also modify themselves to show possession of another noun, usually by attaching ‘s’ to the end of the noun. These nouns that show possession are called Possessive Nouns. 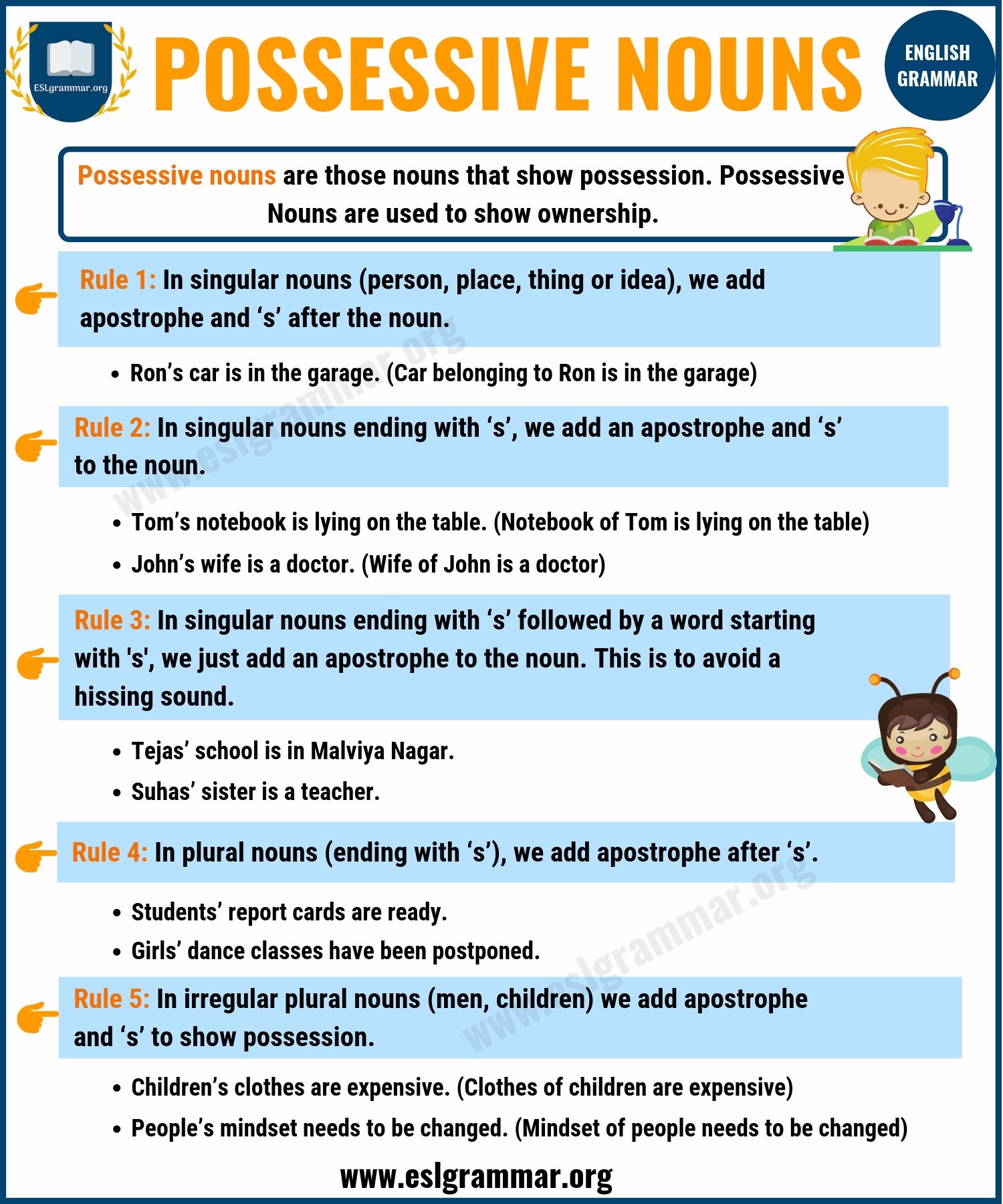 Sometimes nouns have different forms for different genders, although this practice has been largely abandoned by the people who prefer to use the same noun for both genders. For example: Actor (male) – Actress (female), but people nowadays refer to women who act as female actors rather than actresses.

Most nouns can be converted into plural forms by adding ‘-s’ or ‘-es’ at the end of the word. E.g.: box-boxes, cat-cats, echo-echoes, etc.

But some nouns require the last consonant to be modified before adding ‘-es’. For example: the ‘Y’ in ‘city’ changes to ‘I’ to form cities, kitty to kitties and ‘f’ to ‘v’ in dwarf to dwarves, wharf to wharves, etc.

Grammarians have divided nouns into different categories based on their use and purpose. Learning these divisions within the nouns will help in sentence construction and vocabulary. The different types of Nouns are:

What is a proper noun?

What is a common noun?

Common Noun are the nouns that are used to denote a general category of people, places or things. They are capitalized only when they are at the beginning of a sentence. Common Nouns don’t refer to something specific rather they are a general term used for every noun of a particular kind or type.

What are Abstract Nouns?

Abstract Nouns are the names of things that we cannot perceive through our five senses of touching, smelling, seeing, hearing and tasting. These nouns can also refer to medical conditions related to the mind and are also used to express thoughts.

What are Countable Nouns?

Countable Nouns that fall under this category are the ones that have both singular and plural forms. They can be counted either relatively or completely, and form plurals to associate with plural verbs in a sentence. They can also be expressed in numerical terms.

What are Uncountable Nouns? 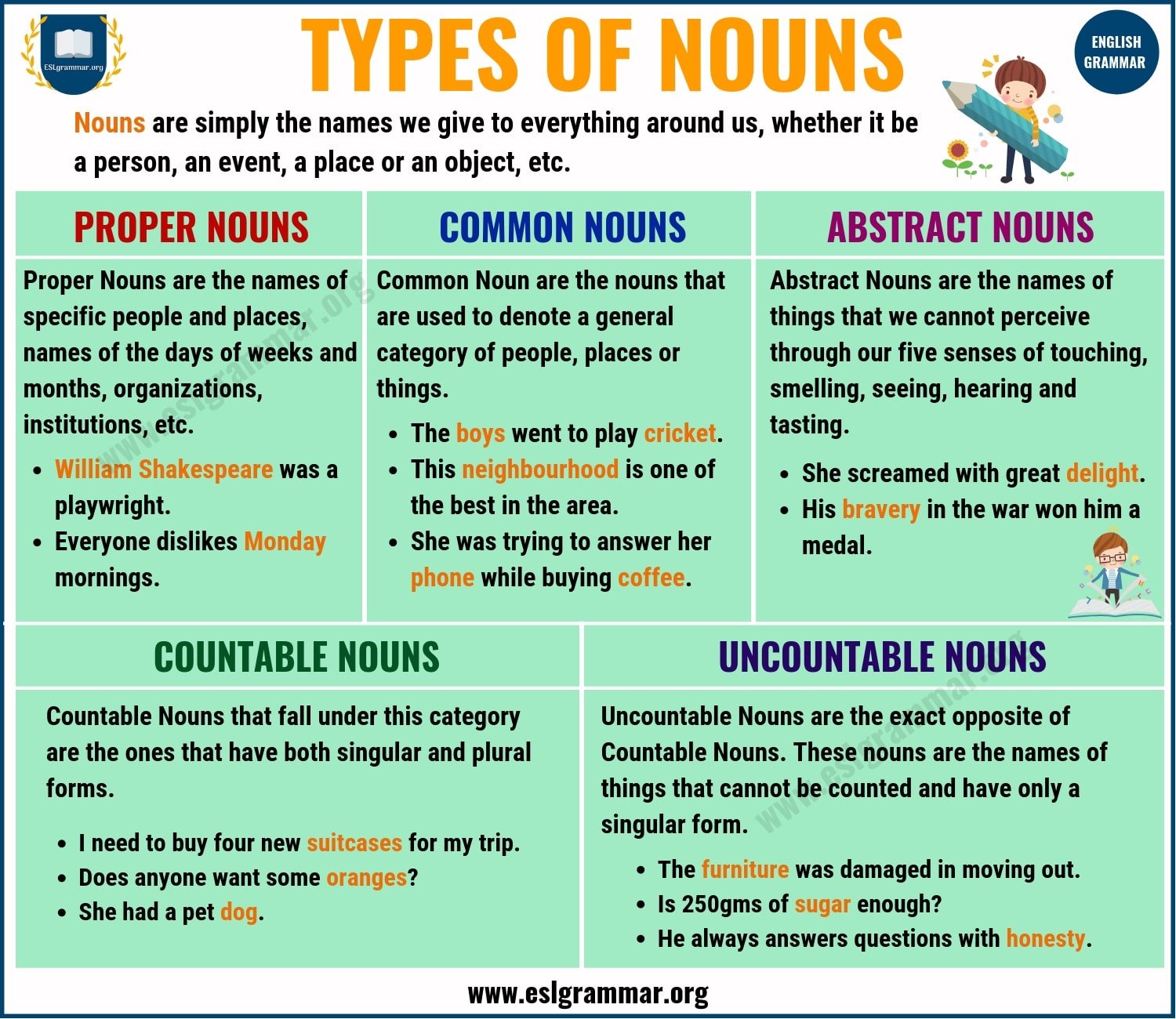 It is good and helpful

so good for kids in this type of year