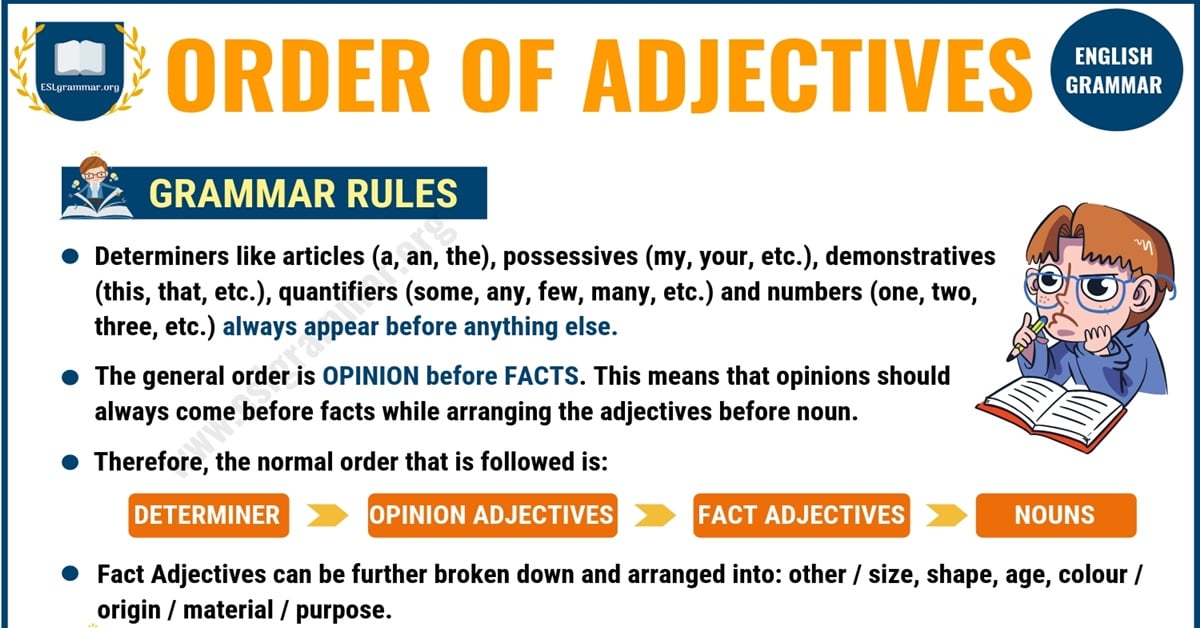 Order of Adjectives in English!! Learn how to put the adjectives in the correct order with useful rules, examples and ESL printable infographic.

Many times we use more than one adjective with a noun. In such situation, it is important to arrange the adjectives in the correct order according to their types. This systematic arrangement of adjectives and the rationale behind it is called the ‘order of adjectives’.

Some of the rules that need to be kept in mind while ordering the adjectives are:

– Determiners like articles (a, an, the), possessives (my, your, etc.), demonstratives (this, that, etc.), quantifiers (some, any, few, many, etc.) and numbers (one, two, three, etc.) always appear before anything else.

– The general order is OPINION before FACTS. This means that opinions should always come before facts while arranging the adjectives before noun. For example: in the clause ‘a beautiful ancient house’, ‘a’ being a determiner should come first, ‘beautiful’, i.e., the opinion should come next before the fact, i.e., ‘ancient’. Finally, ‘house’ should come which is the main noun.

– Fact adjectives can be further broken down and arranged into: other / size, shape, age, colour / origin / material / purpose.

Other of Adjectives in English| Infographic 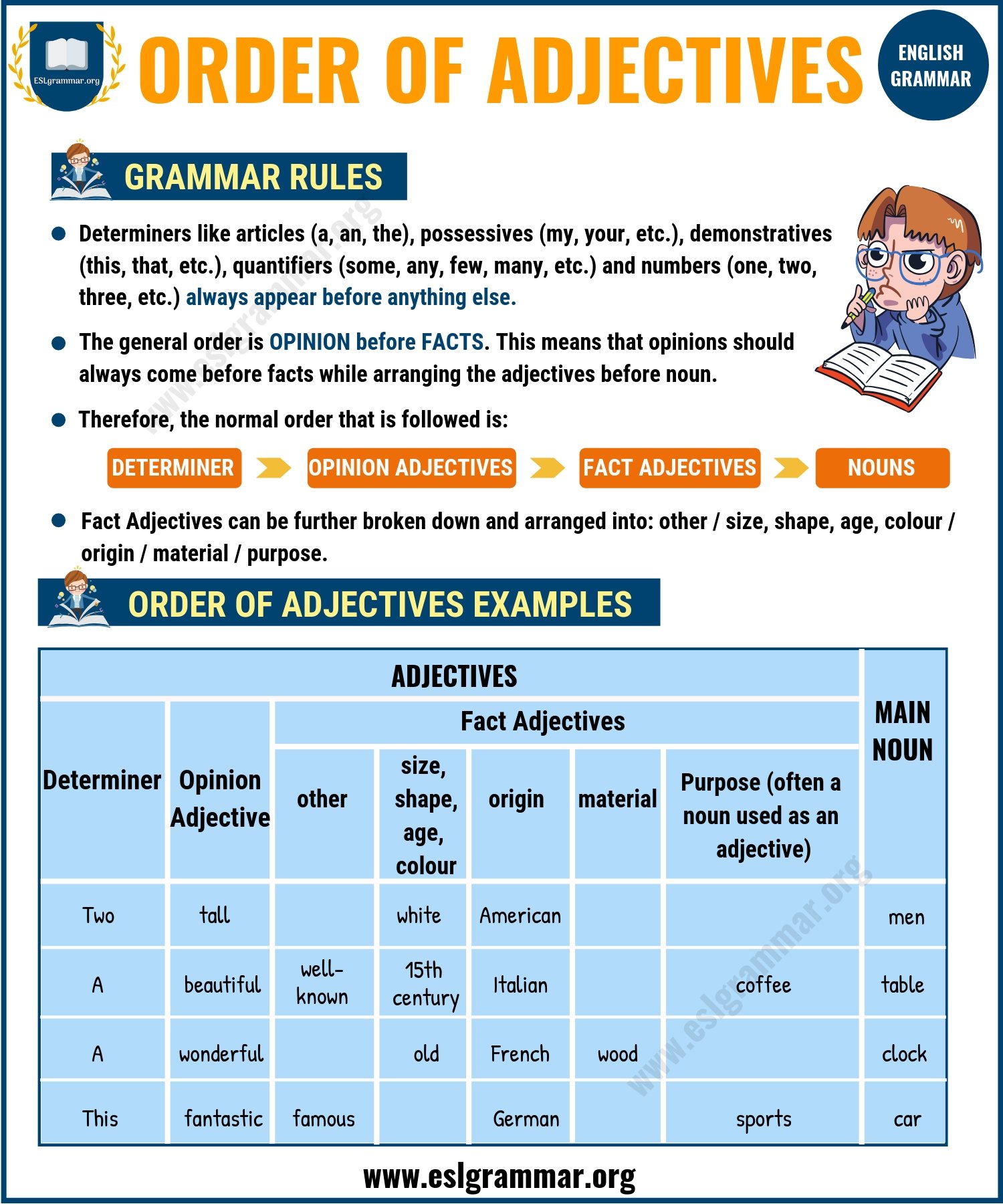 May I point out a mistake in the opening sentence ! Isn’t it “Many a time” rather than Many a times.

How can you mix “many” and “times” which are plurals with “a” that means 1? I believe you are mistaken. By the way, it says “Many times”, which is correct. Perhaps they noticed the mistake and corrected it. Regards.