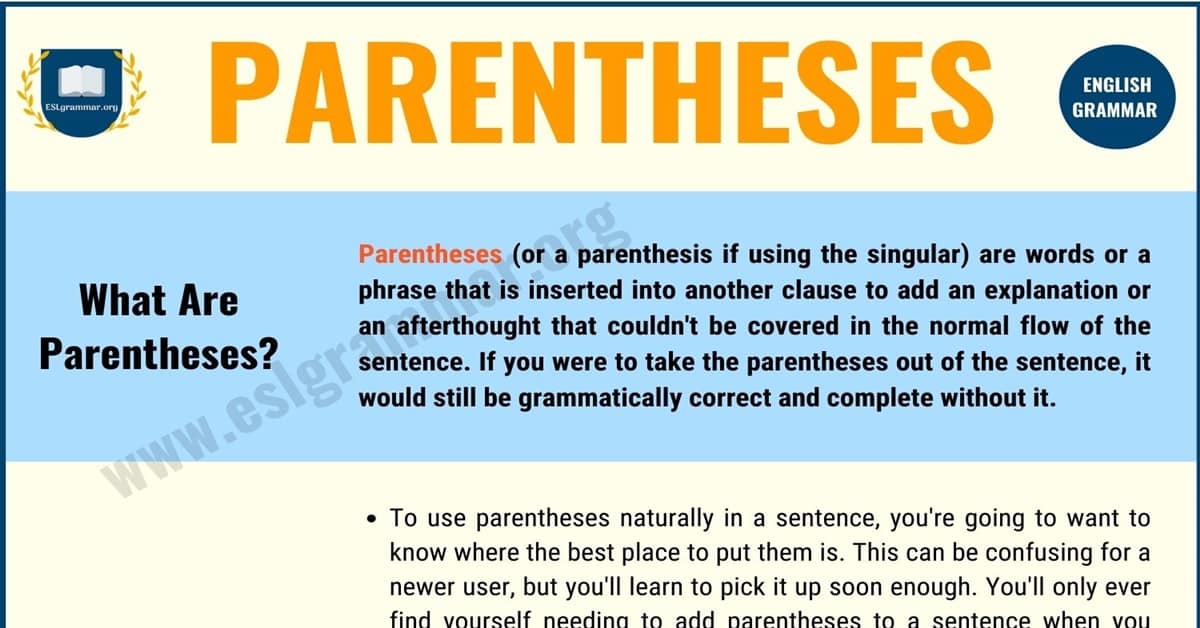 Parentheses are one of those things you’ve probably seen in sentences many times before, although you might not actually have known that they were called parentheses (as people often refer to them as brackets). That right there was a good example of when to use parentheses, though we’ll go into more detail for you here to show you when you should use them and what the point to them is.

Parentheses (or a parenthesis if using the singular) are words or a phrase that is inserted into another clause to add an explanation or an afterthought that couldn’t be covered in the normal flow of the sentence. If you were to take the parentheses out of the sentence, it would still be grammatically correct and complete without it.

There are several ways you can use parentheses that don’t just apply to brackets, like the use of commas as you are seeing right here. However, we’re focusing on using brackets here to stress the point of parentheses.

When to Use Parentheses?

To use parentheses naturally in a sentence, you’re going to want to know where the best place to put them is. This can be confusing for a newer user, but you’ll learn to pick it up soon enough. You’ll only ever find yourself needing to add parentheses to a sentence when you want to add an afterthought or explanation that you couldn’t always fit in.

They’re a good tool for helping with the flow of your writing without making a sentence look too long-winded or breathy. A good example of when to use them is to add information: like the sentence “the headmaster (Stuart Battersby) said that…” We didn’t necessarily need to know the name of the headmaster for the sentence to make sense, but it helps give the reader context.

It could also be used as an afterthought, as previously mentioned. The sentence, “Footloose is a very popular movie (though I didn’t see the appeal of that much dancing)” is a good way to show off an afterthought. It holds value more to the writer than it does to the reader, but it gives the reader a good idea of how the writer felt while writing about the movie.

How to Use Parentheses?

As previously mentioned, you’re going to want to pay attention to a few things before using parentheses yourself. For starters, make sure that the sentence makes sense if you were to take its parentheses out of it. This is probably the most important step that everyone should try and check before they commit to the sentence.

The easiest way to test it is by removing the phrase inside the parentheses and re-reading the surrounding sentence. If the words are correct and the sentence flows, then you can add the parentheses back in. You’re also going to want to know where to add them. Your best bet is usually the end of the clause if you’re unsure of the exact positioning.

You can get away with using them in the middle of a clause if you think it can flow nicely enough, but they should never be used at the start. They won’t work at the start because whatever you’re trying to explain or describe hasn’t been covered yet and won’t make any sense without context. 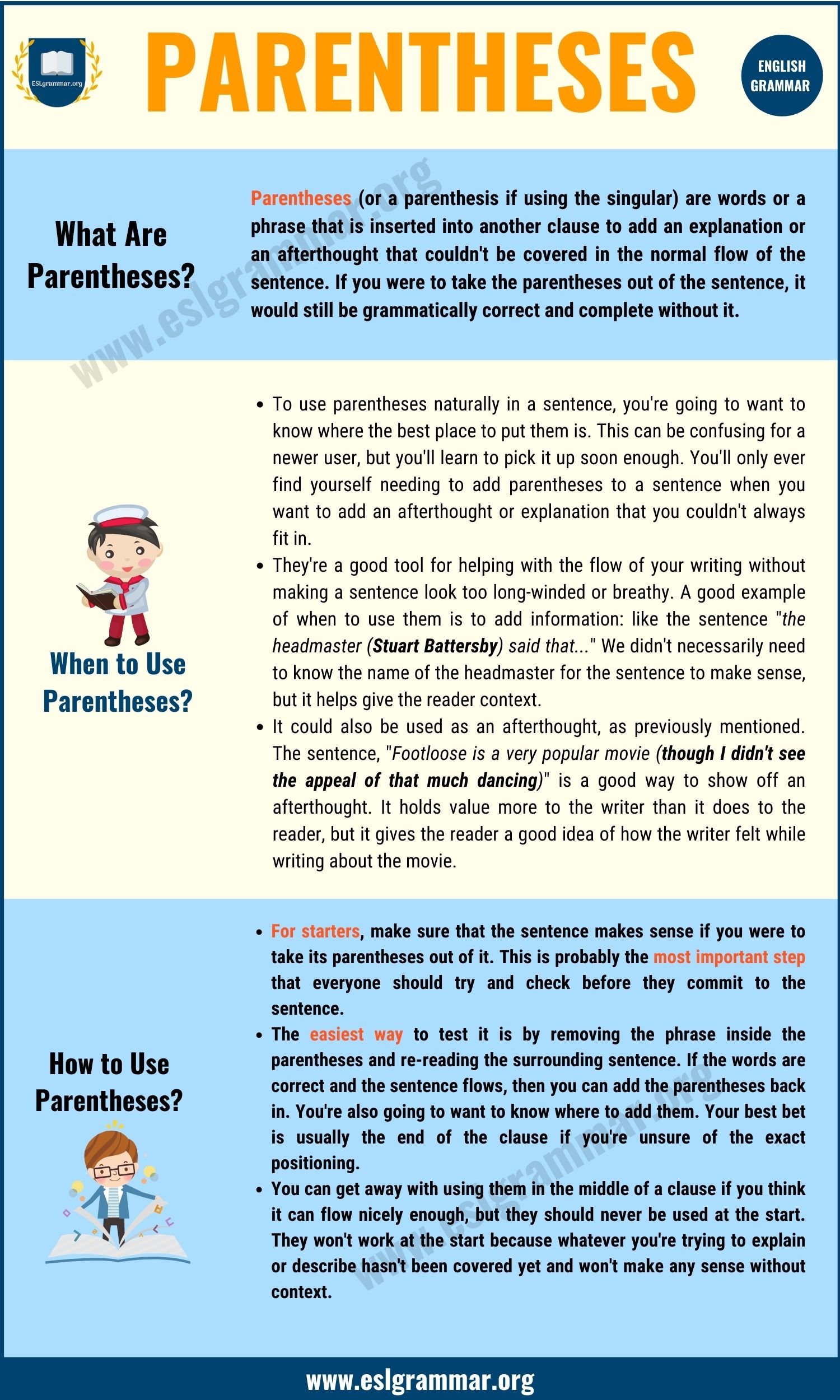