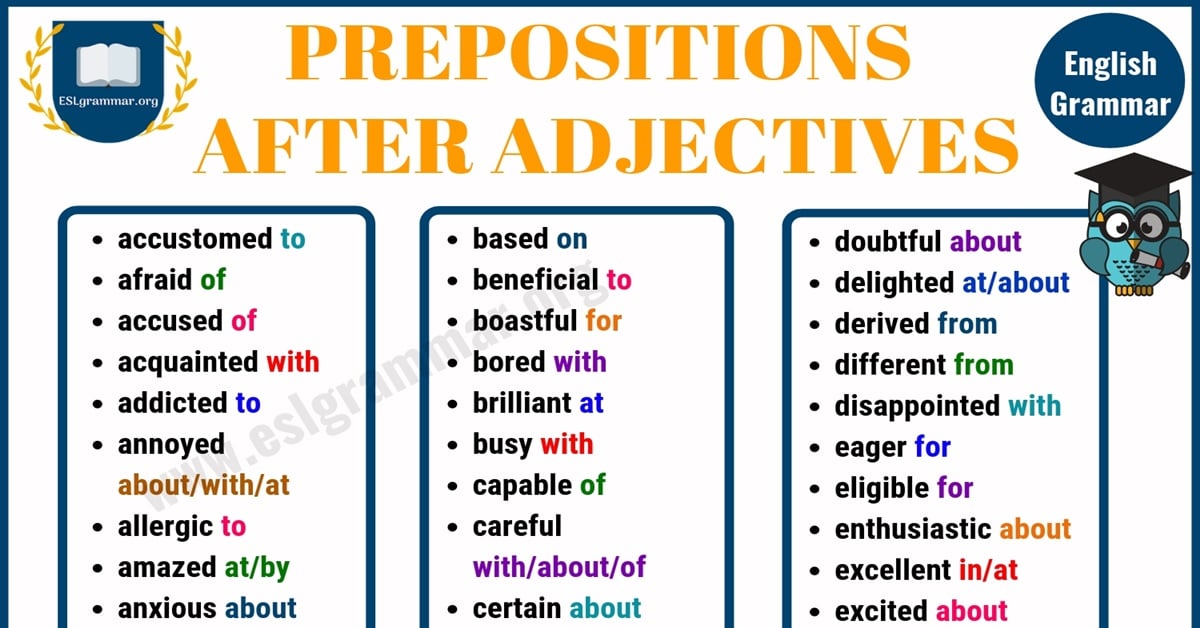 Prepositions after Adjectives! Learn how to use prepositions with adjectives: accustomed to, afraid of, accused of, acquainted with, addicted to, annoyed with, amazed at, aware of…with ESL printable infographics.

Specific prepositions are used after certain adjectives. There is no definite rule to ascertain which preposition should be used with which adjective. We simply need to learn them. But there’s no need to fret on the thought of learning without knowing the rule as people do manage to memorize them through constant usage and with a little time.

Here is a list of some commonly used adjectives and the prepositions that are normally used with them to help you get started: 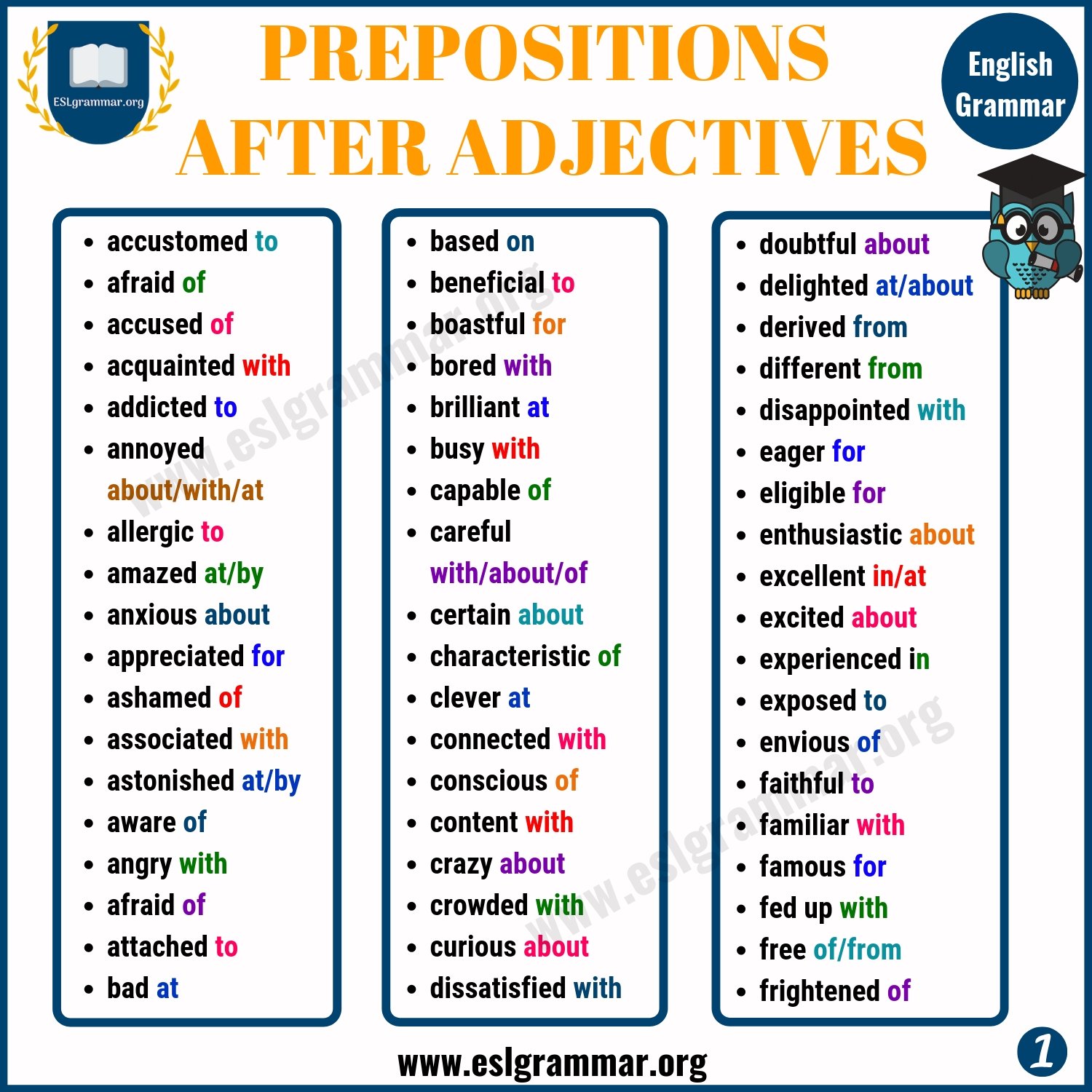 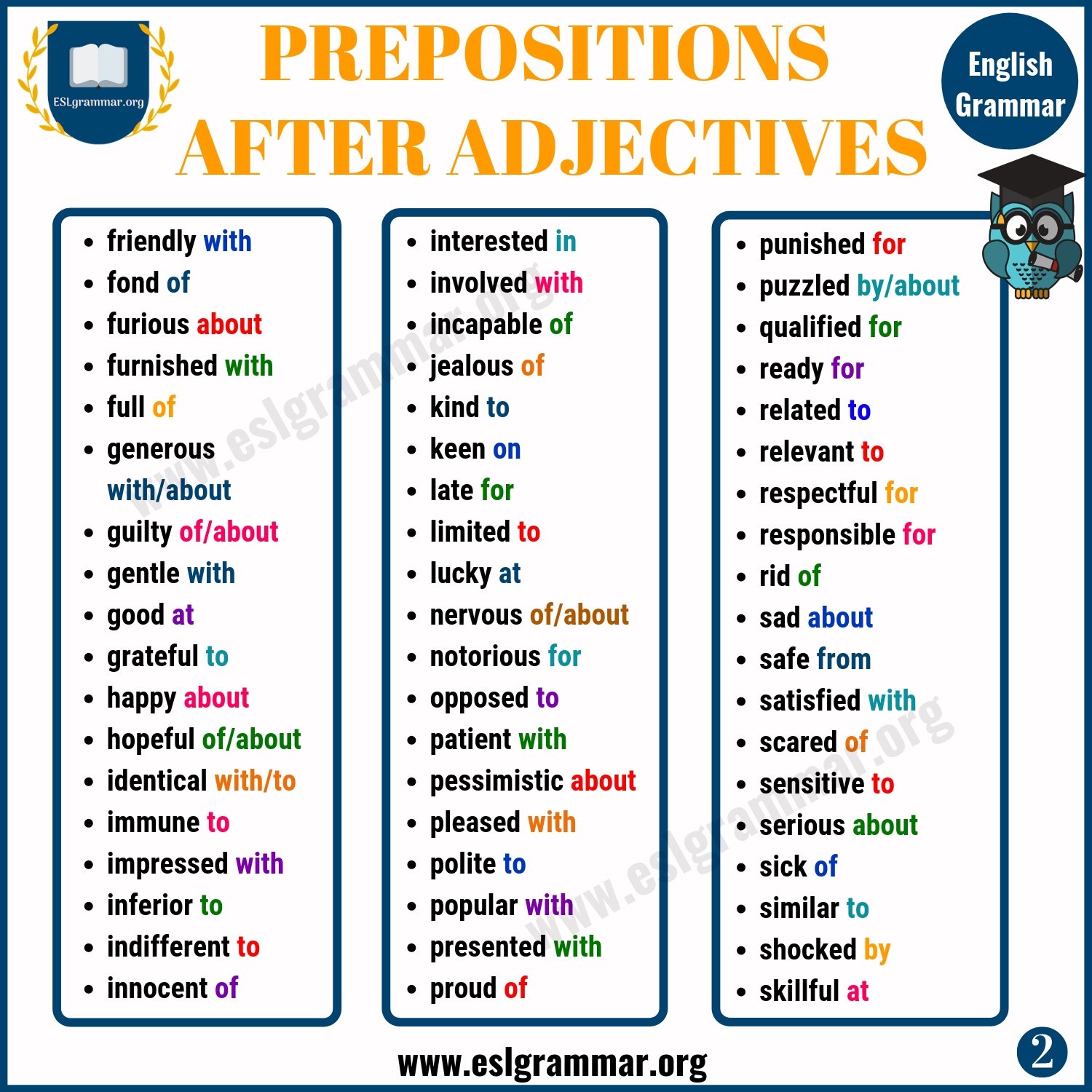 Thrilled for…. They are very thrilled for me because of my new job!