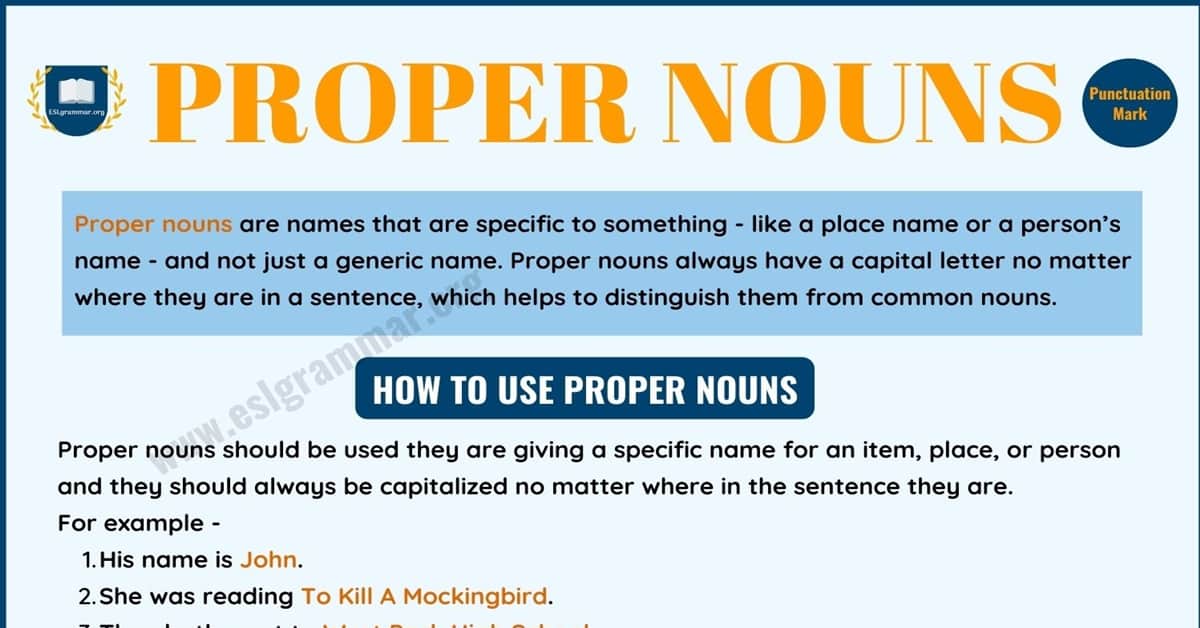 Nouns are words that we use all the time without even thinking about it and they are part of our everyday life that we take for granted. All nouns fall into one of two groups – they are either proper nouns or they are common nouns – and it is essential, especially when reading and writing, to use them correctly.

What Is A Proper Noun?

Proper nouns are names that are specific to something – like a place name or a person’s name – and not just a generic name. Proper nouns always have a capital letter no matter where they are in a sentence, which helps to distinguish them from common nouns.

How to Use Proper Nouns

Proper nouns should be used they are giving a specific name for an item, place, or person and they should always be capitalized no matter where in the sentence they are. 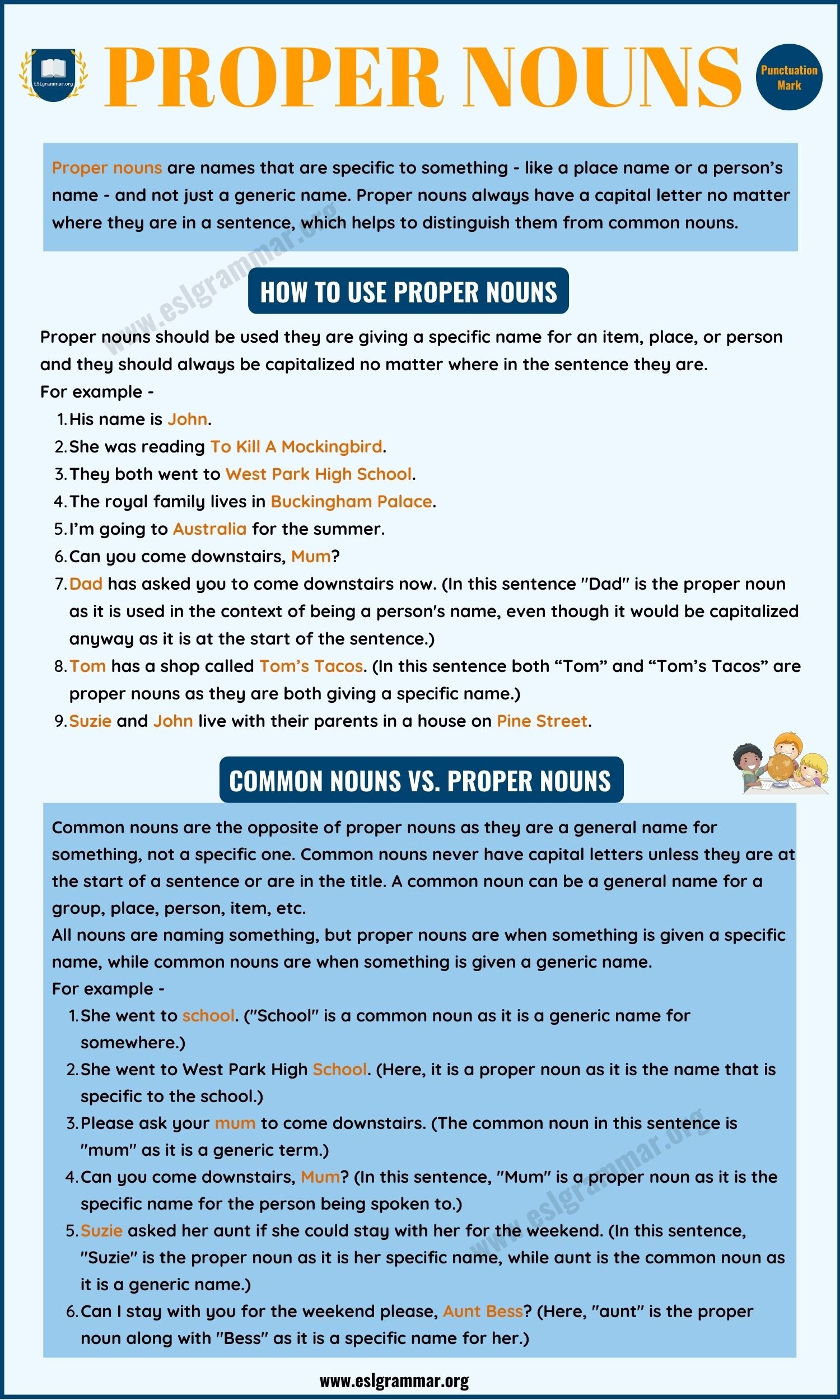