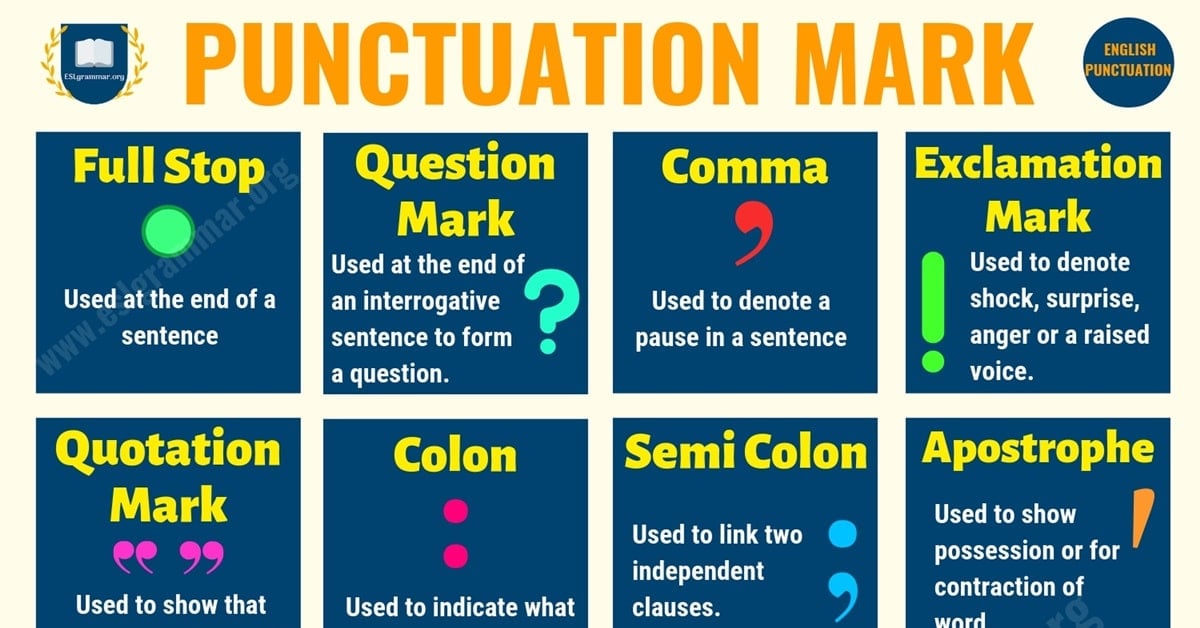 Punctuation Marks! List of 12 Important Punctuations in English. Learn how and when to use these marks in English with useful examples and free ESL infographic.

Incorrect punctuation can change the meaning of a sentence.

Do you see how the usage of a comma changes the entire meaning in both the sentences? The disappearance of comma in the first sentence indicates that the speaker is asking to eat their Mom, which does not make sense. Whereas, the comma after let’s eat in the second sentence helps to convey the meaning that the speaker is suggesting to their Mom to go and start eating, which sounds more sensible and also saves a life.

Some of the commonly used punctuation marks are: 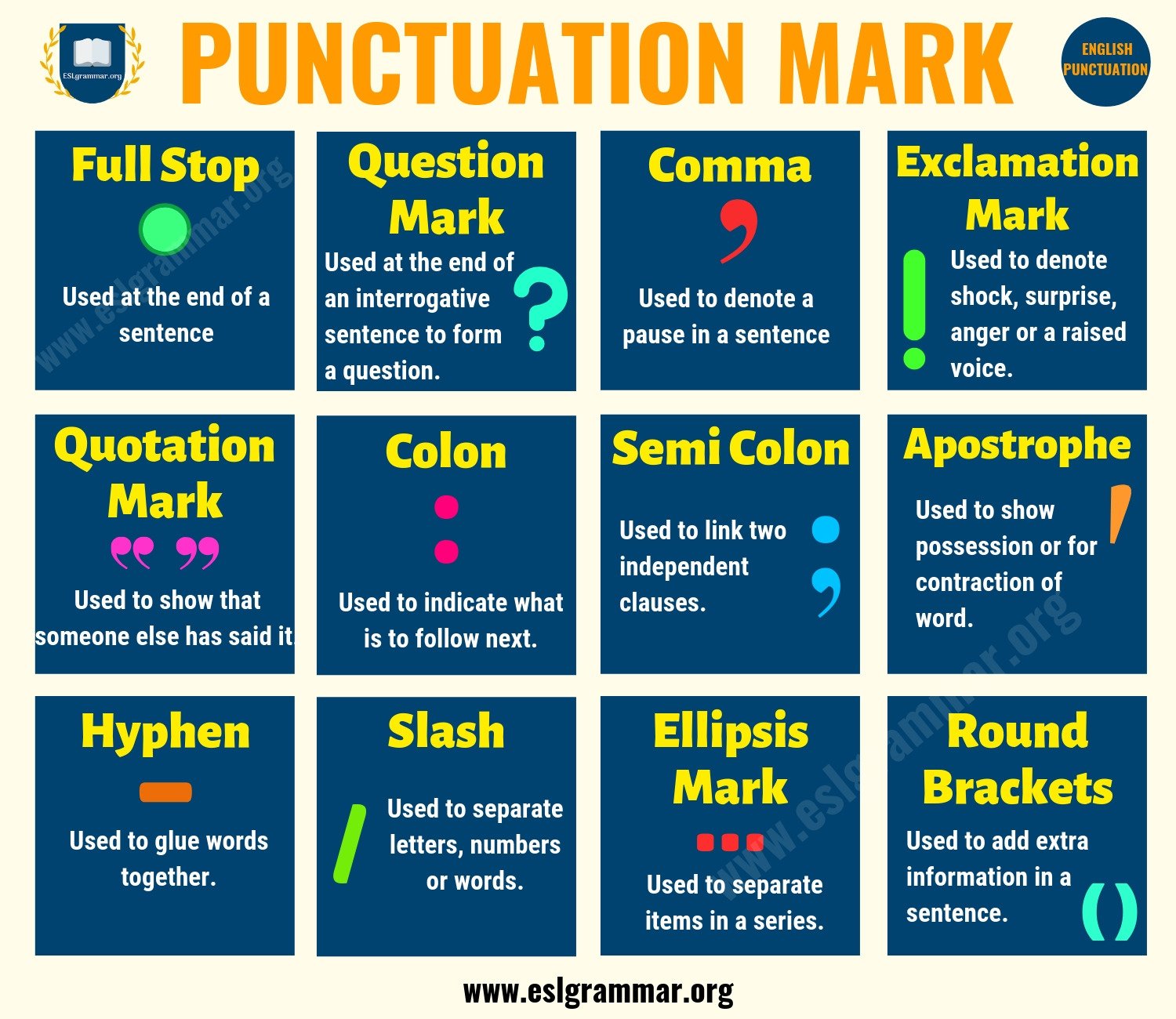 wow this is very helpful

What are you doing said Fred

Am I allowed to print and copy this for my students please?

I do not like this because I cannot search, but overall it is a very good site

thank you i think this will really help me.