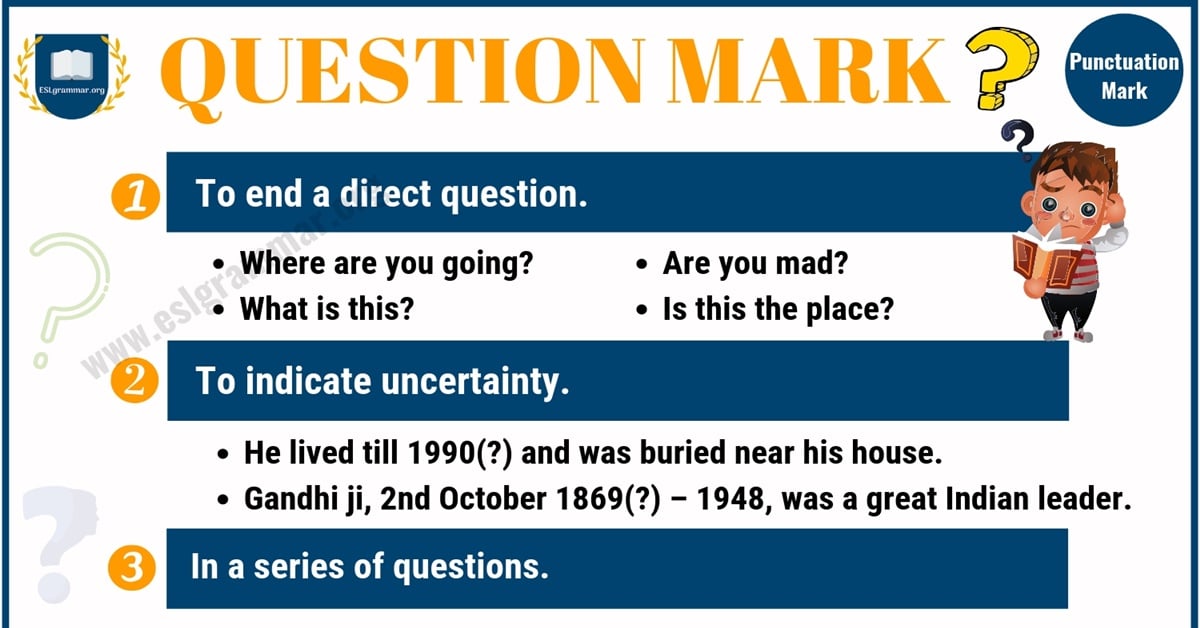 Question Mark (?) in English! Learn definition, useful rules with examples of Question Marks. How to use this punctuation mark in sentences with ESL printable infographic.

The question mark (?) is an important part of the English language and was developed sometime around the 18th Century. Like the full stop (.), it is used mainly at the end of an interrogative sentence. Many people use it incorrectly or don’t use it when required. Read this article and you will understand when and how to use this punctuation mark.

The most obvious and common use of the question mark is to end a direct question. Look at the following sentences.

Most people don’t know that this punctuation mark has other uses as well. Let’s take a look.

In a series of questions.

To end a tag question (a statement followed by a question).

Many times, people use questions marks even when they’re not required. One such situation would be indirect questions; these do not require question marks. 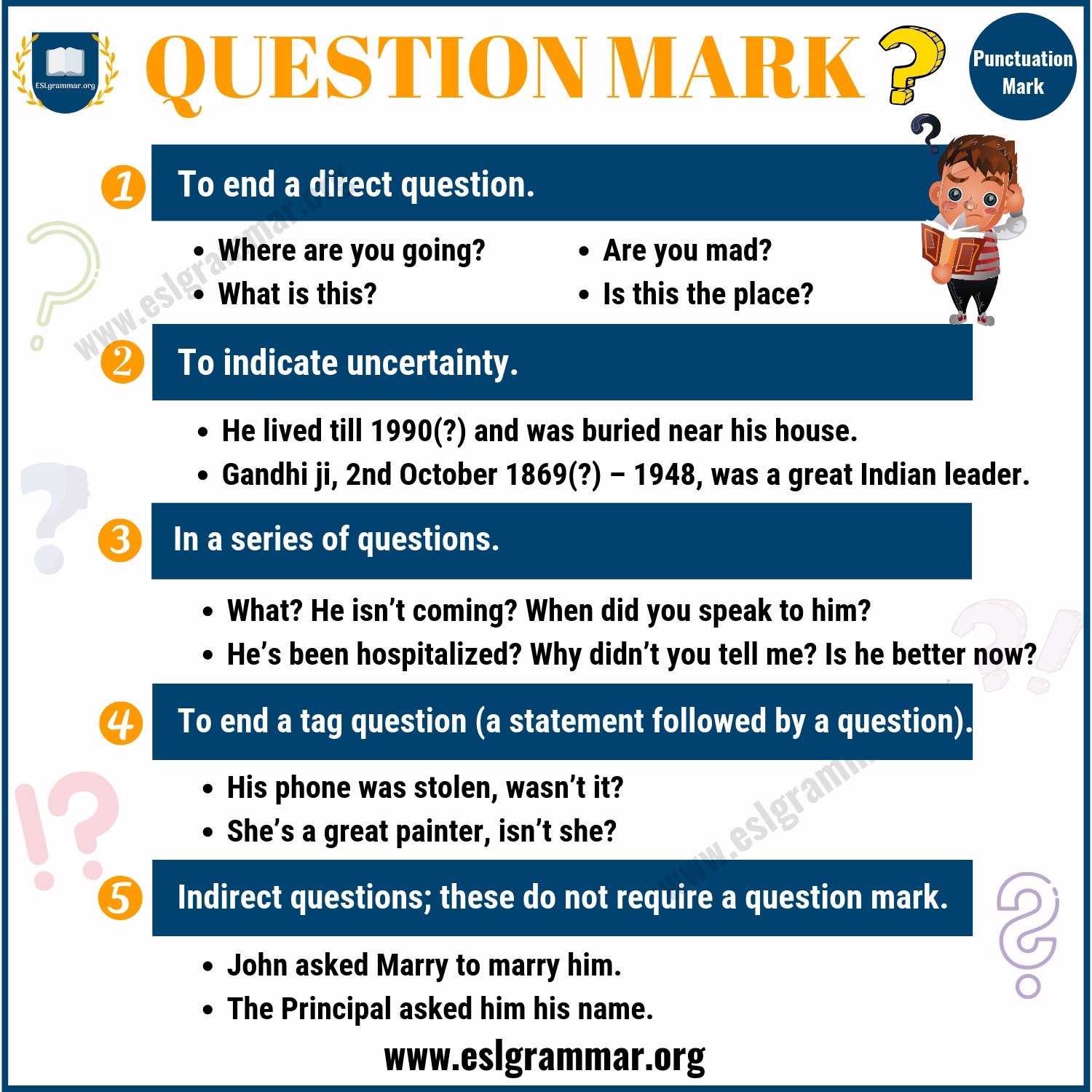