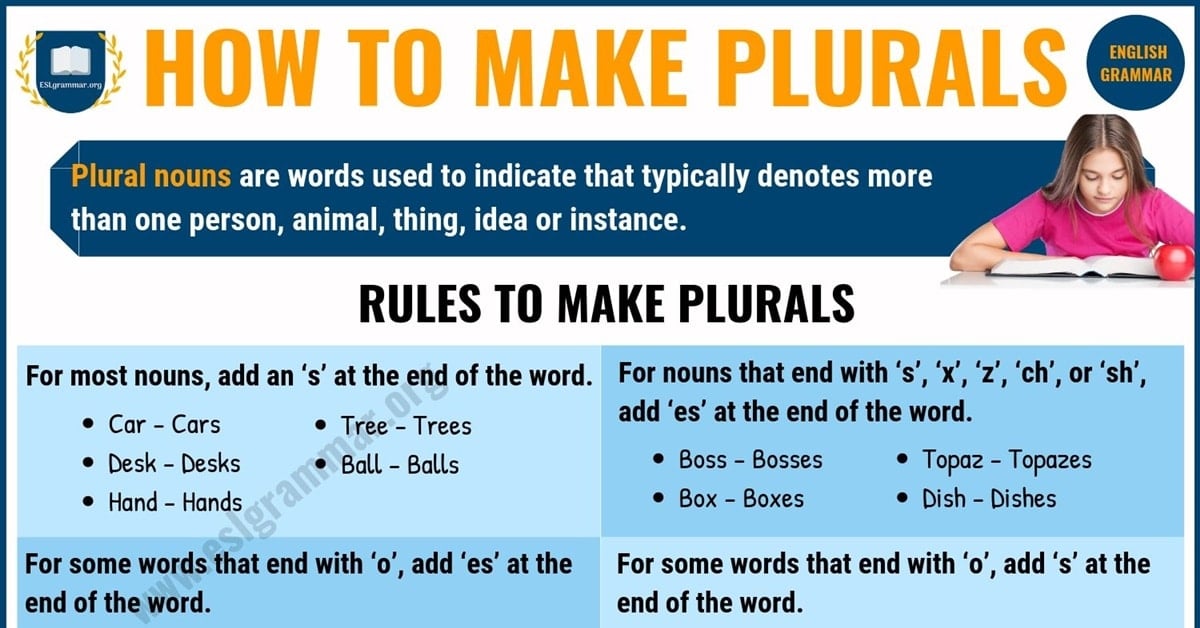 What are Plural Nouns?

Plural nouns are words used to indicate that typically denotes more than one person, animal, thing, idea or instance. When we want to talk about more than one of anything, we will use plural nouns. In most cases, we just add “s” to the end of a noun to make it plural.

How to Make Plurals

Pluralization in English can be a bit of a tricky game, and as with any language, the key to mastering this aspect lies in practicing through reading and conversing until the variations that appear unpredictable in the beginning become second nature, a matter of habit. Having said that, there are certain principles that are generally applicable that make the task easier by giving us a broad idea of how common words are pluralized. Let us take a look at these.

How to make a regular plural noun?

In order to change a singular noun to its plural form, we usually add “s”. For example, the plural of pen is pens. The plural of hat is hats. These are regular plurals. Let take some examples as below:

8. For common nouns ending with a consonant followed by ‘y’, replace the ‘y’ with an ‘i’ and add ‘es’ at the end of the word.

How to make an irregular plural noun?

There are many nouns which don’t follow the rule. For example, the plural of sheep is sheep. The plural of person is people. These are irregular plurals. Let take some examples as below:

1. Some nouns are the same in both forms.

2. For some nouns, other letters must be replaced or added, sometimes changing the words completely. 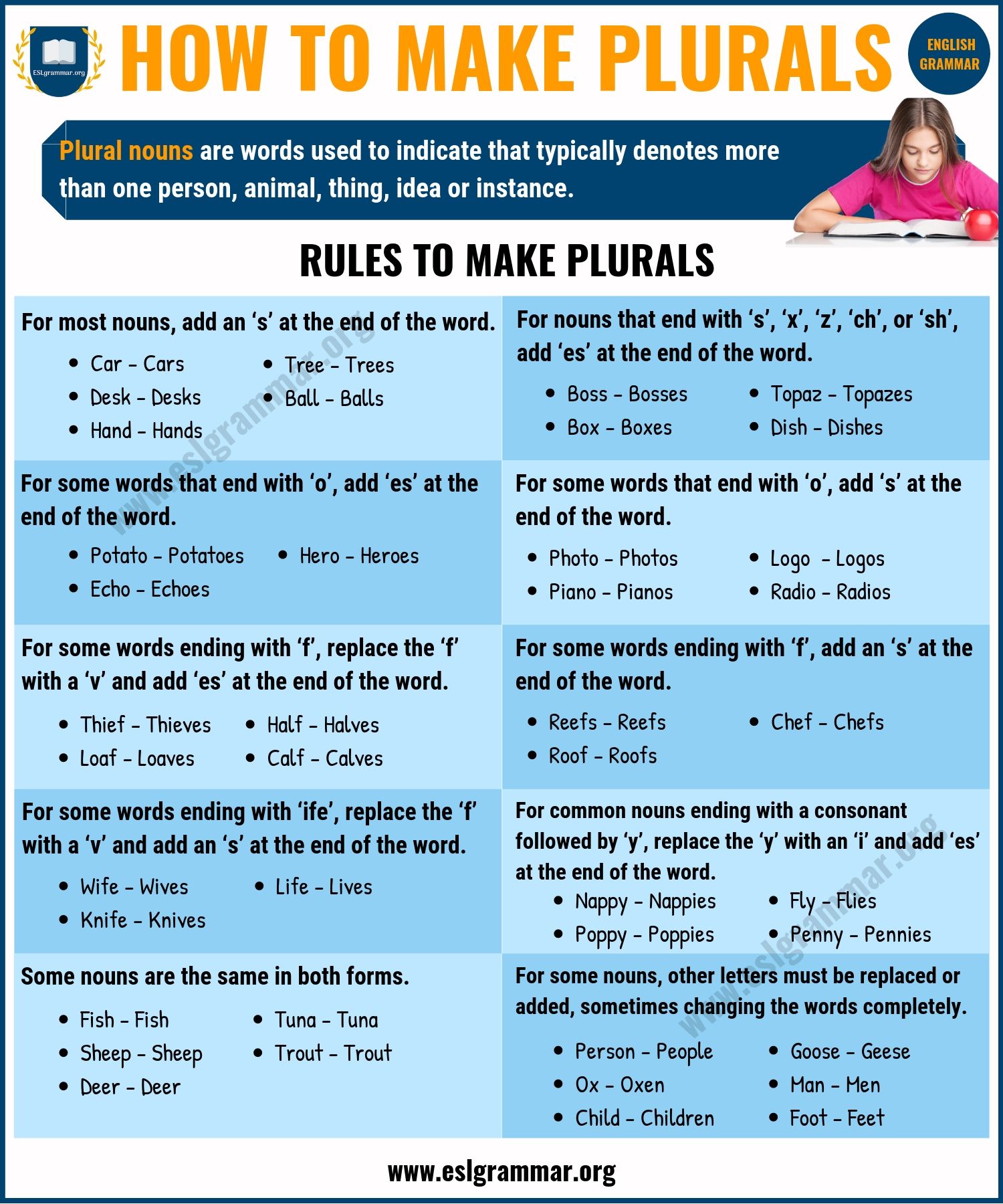 I want to see regular and irregular nouns

what are you saying?

If the singular noun ends in -y and the letter before the -y is a vowel, simply add an -s to make it plural.
ray – rays

I think he miss that word