What is a Relative Pronoun?

Relative Pronouns are used to join or relate two different clauses together by referring to the noun in the previous clause using the pronouns – Who, Whom, Whose, Which and That.

Which and That are generally used for objects; while Who and Whom are used for people, and Whose is used to show possession.

Here, which is joining the two related clauses about choosing a colour and a colour which would look good on everyone.

Here, the “whoever” is the object of the verb ‘complaining’ and it is linking the two clauses about someone complaining and the frequency of their complaints.

That is joining the two sentences related to the object and its location in the first and its appearance in the second.

Who here stands for the unknown person and it also joins the two different clauses together.

Whose is used here to ask if anyone has possession of something that the speaker needs. 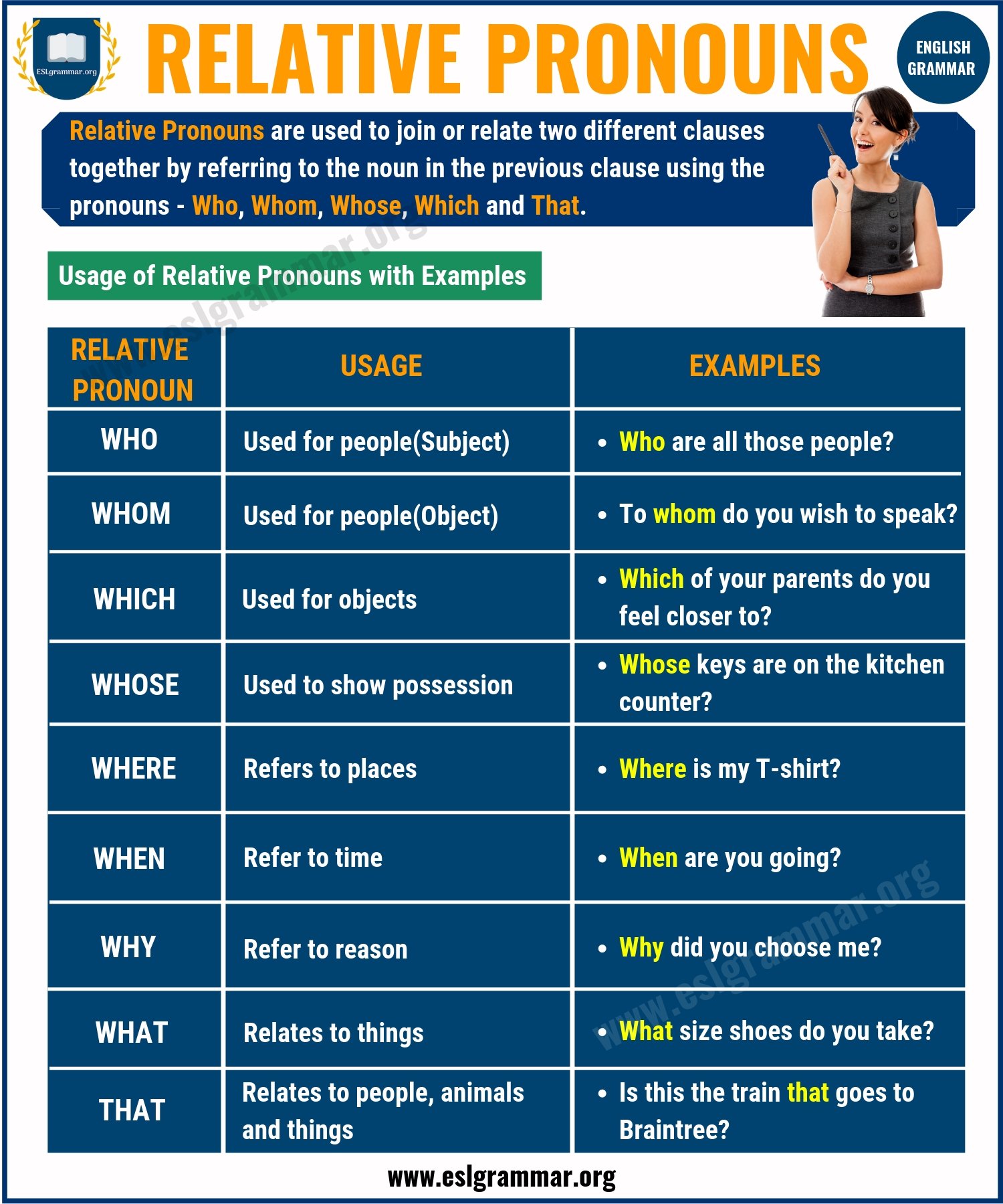 But these are interrogative pronouns, not relatives in some of the examples.

My kind professors, when we use the interrogative pronoun “who,” sometimes, we don’t know for example how many people are playing piano in the house. or How many people are cleaning the house; it sounds that we had better write ***who plays the piano?” or ***who cleans the house?*** instead of writing who are playing the piano? or who are cleaning the house?
I prefer to write “Who cleans the house?”
would you mind if I asked you to guide me?
With kind regards,
Mojtaba Arjomandi (PhD)
00989177327626
iranma4@gmail.com

Moreover, I should thank you, your website is helpful and constructive,
With kind regards,
Mojtaba Arjomandi
iranma4copy@gmail.com