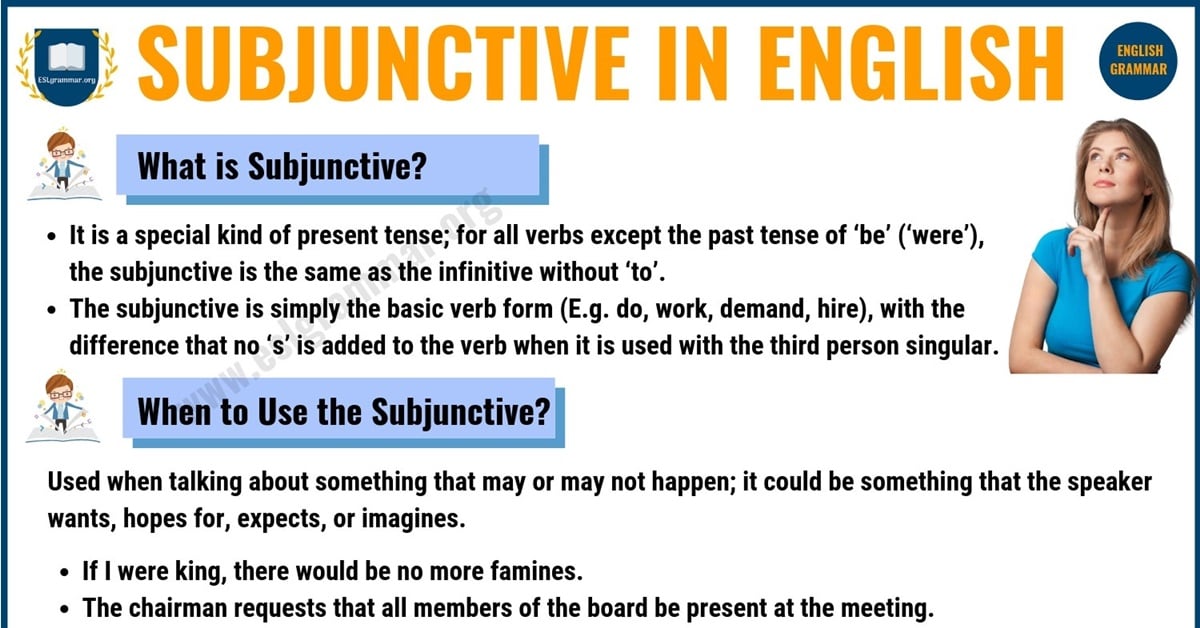 Subjunctive in English! Learn what is subjunctive, when to use the subjunctive and how to form it in English with examples and ESL infographic.

The subjunctive is a verb form in English that is relatively rare, but is structurally very simple. It is a special kind of present tense; for all verbs except the past tense of ‘be’ (‘were’), the subjunctive is the same as the infinitive without ‘to’. Therefore, the subjunctive is simply the basic verb form (For example, do, work, demand, hire), with the difference that no ‘s’ is added to the verb when it is used with the third person singular.

For example, in the sentence, “I suggested that he take the matter to the proper authorities“, ‘take’ is the subjunctive.

When to Use the Subjunctive?

The subjunctive is generally used when talking about something that may or may not happen; it could be something that the speaker wants, hopes for, expects, or imagines. The following are more examples of subjunctives:

Form of Base Subjunctive

As you can see, the structure that the subjunctive takes is generally as follows:

How to Use Subjunctive

Another pattern exists as well, in which ‘that’ is preceded by an expression rather than the verb. For example, in the sentence, “It is essential that the goods be delivered on time“, ‘it is essential’ is the expression. The expressions that are commonly used with subjunctives are: it is desirable/imperative/essential/necessary/important, etc.

Now, in the example “If I were king…“, there seems to be a slight problem, which is that ‘king’ is a singular noun, so the verb preceding it should normally be ‘was’, not ‘were’. However, this construction does not use ‘was’. ‘Were’ is the ‘past subjunctive’ of ‘be’, and is formally always with ‘if’, and certain other words/phrases, such as ‘I wish’ and ‘as if’; it is simply a quirk of the language. The following are more examples of the same: 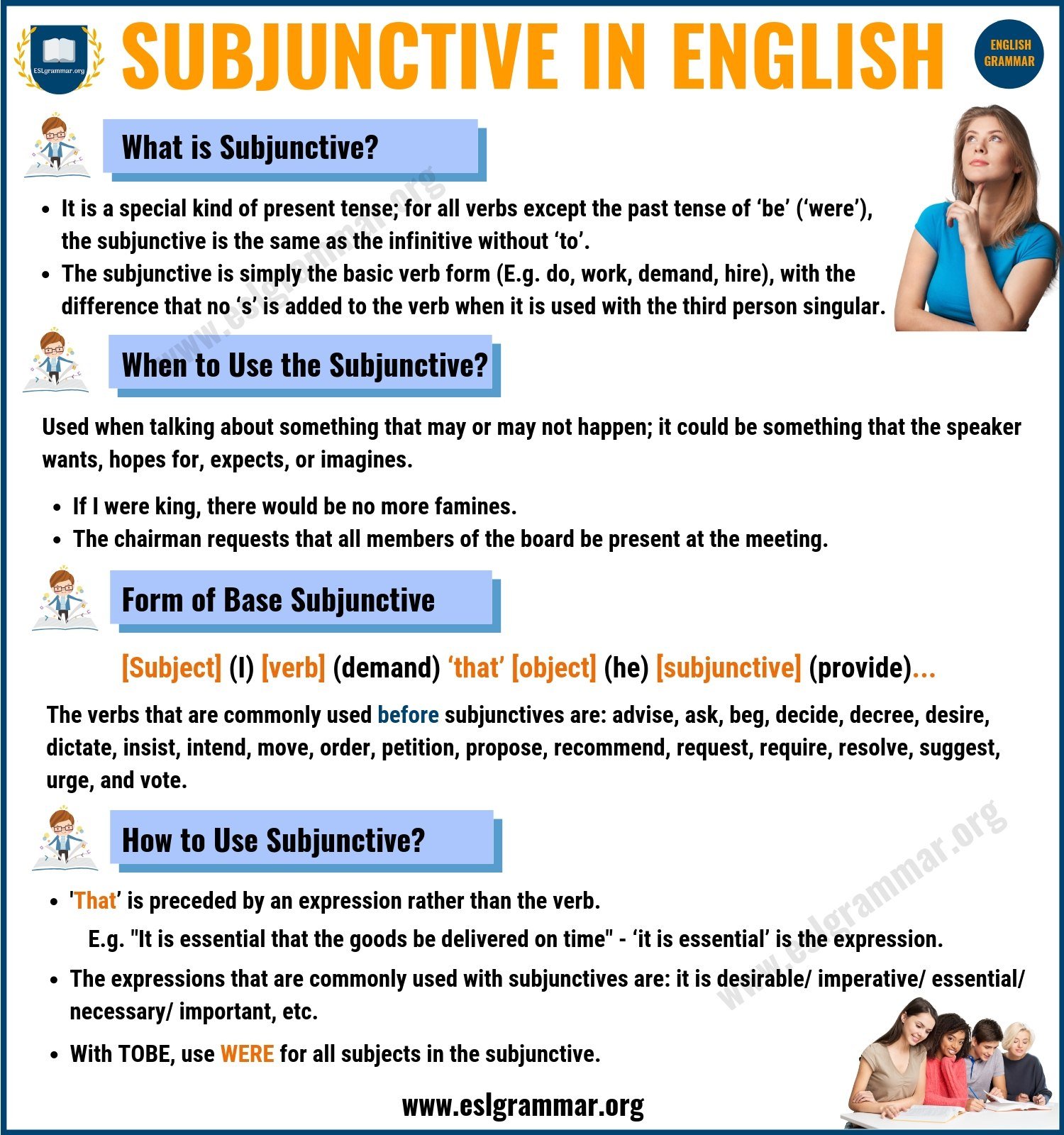 It’s so helpful to make my ss understand English better

This is helpful, thanks.