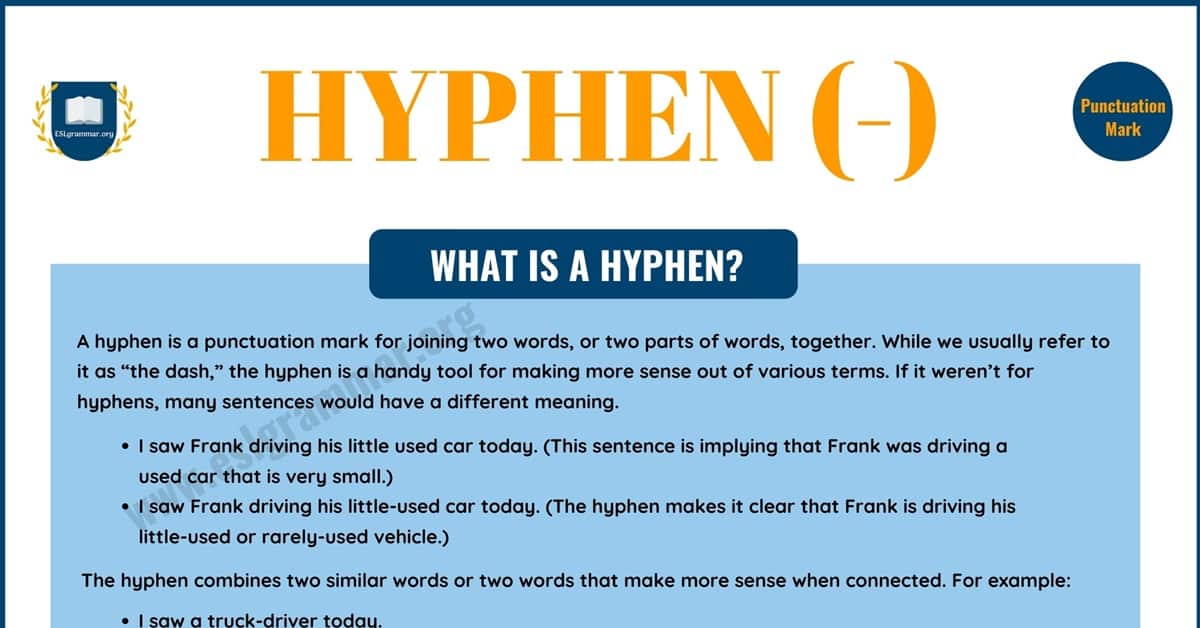 Hyphen Definition! The following lesson introduces what is a hyphen and how and when to use the hyphen in English with useful examples and free ESL infographic.

A hyphen is a punctuation mark for joining two words, or two parts of words, together. While we usually refer to it as “the dash,” the hyphen is a handy tool for making more sense out of various terms. If it weren’t for hyphens, many sentences would have a different meaning.

We hope you have now understood the importance of hyphens in the English language! The hyphen combines two similar words or two words that make more sense when connected. For example:

Now that we have understood what hyphens are let’s move on to when to use a hyphen.

When to Use A Hyphen

1. Using a hyphen to join two words serving as a single adjective before a noun

When using a hyphen to join two words, search for an adjacent pair of words describing a noun. Such a couple of words is always joined together with a hyphen to clarify the sentence. For example:

Here, “chocolate” and “covered” describe that the mountain is covered in chocolate. Therefore, we use a hyphen to connect these words.

Always keep in mind that if these pair of words occur after the noun, these words shall not be hyphenated. Let’s change the previous example to understand this;

Here, the mountain is the noun. Chocolate and covered are a pair of adjectives. But since they occur after the noun, we will not hyphenate them.

Using a hyphen with compound numbers or only numbers is relatively straightforward. Whenever we spell a number greater than twenty, we hyphenate it. For example:

This rule is valid for all numbers.

3. Using a hyphen to avoid an awkward combination of letters

In the first sentence, we used a hyphen, while the same is not right for the second sentence. Therefore, there are not always definite rules about the usage of the hyphen.

4. Splitting syllables at the end of lines

We often use the hyphen to break a word into two parts when there is no additional space to complete the term. Various sources dictate that we should use the hyphen to split syllables in case of shortage of space, but it is purely circumstantial and varies from person to person. For example:

(Here, space ended near “choco,” and therefore, the writer continued the word on the next line.)

Writers may also use hyphens for the Enunciation of words. Whenever we have to teach someone how to pronounce a particular word, we slowly pronounce it to make it easier to understand. Consider this example:

Here, the person is slowly enunciating each syllable. We place the hyphen after each syllable to make it more exact on the text.

Hyphenated compound words are two words that have evolved to be used together with a hyphen. We learn to hyphenate certain compounds through repeated use and practice. If you are unsure whether the combo needs a hyphen, refer to a renowned dictionary.

After going through these different rules, it becomes crystal clear that we usually insert a hyphen in between a pair of adjectives and numbers. Moreover, we may also use hyphens for Enunciation and certain compound words. In all other cases, it often depends upon the circumstances. 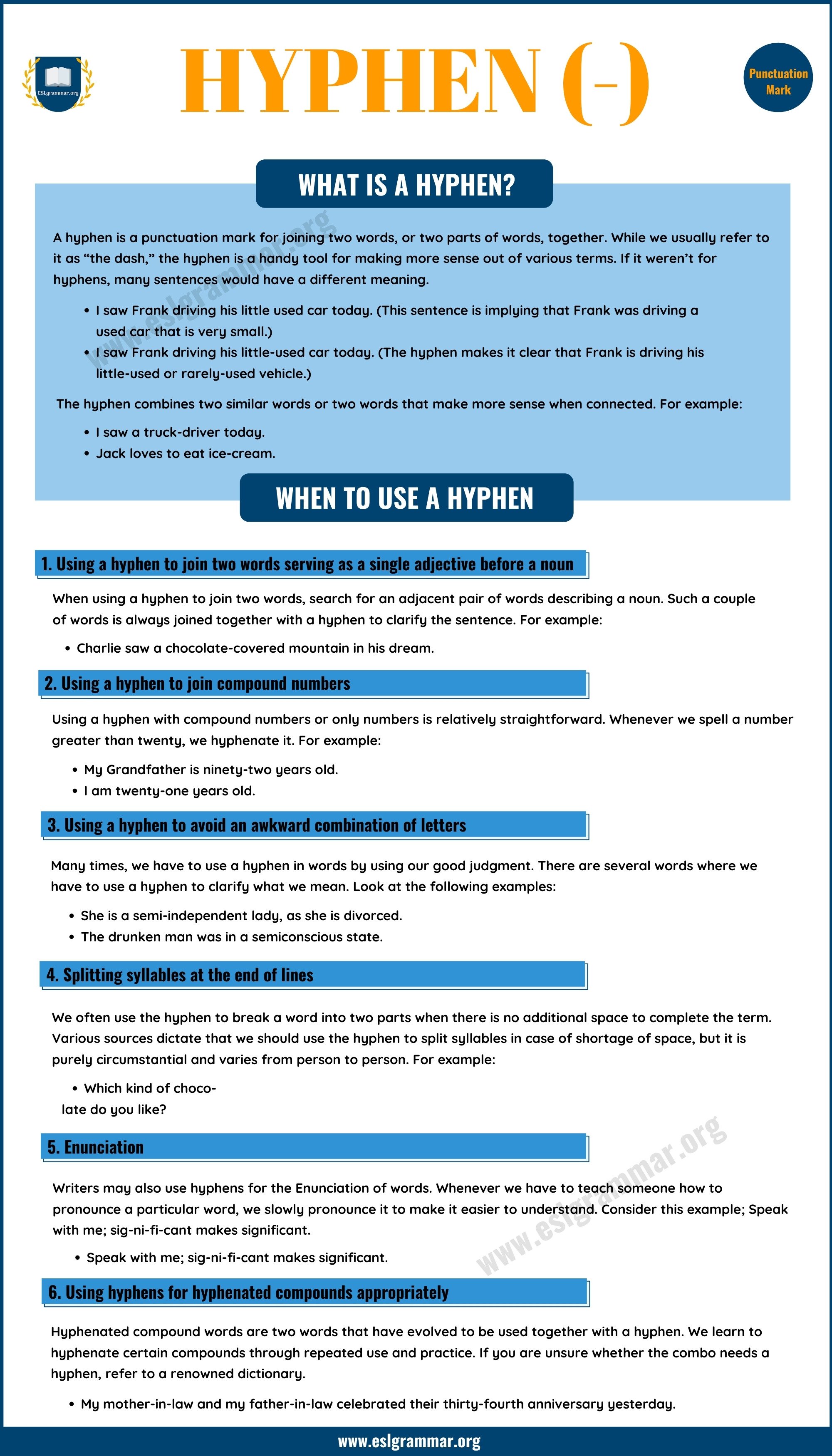