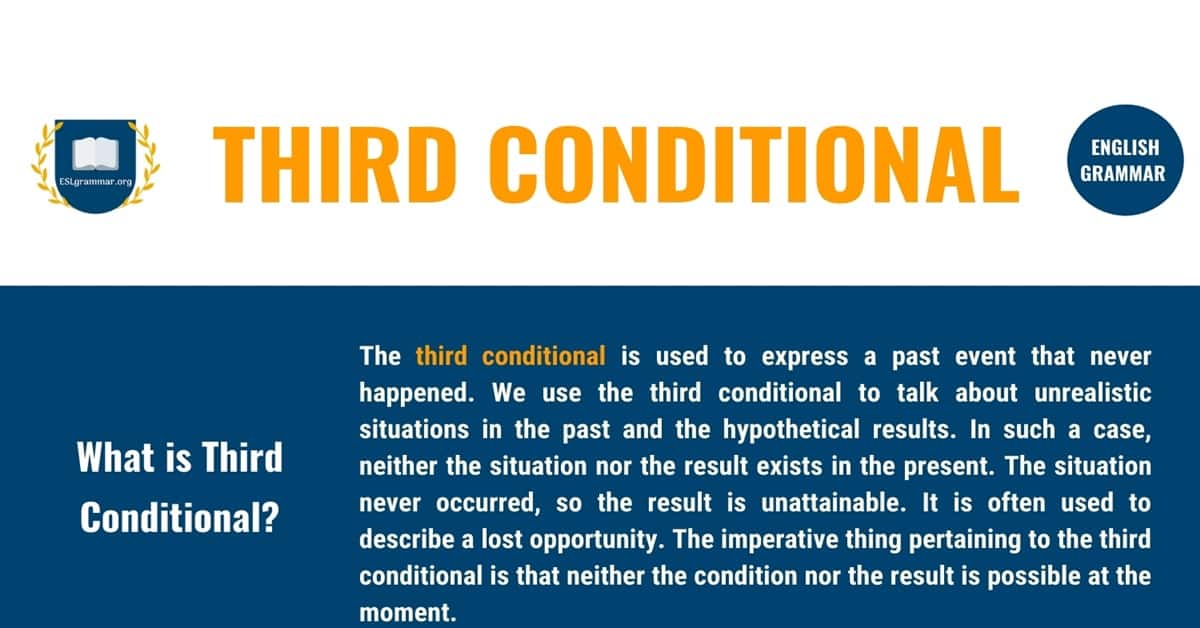 What is The Third Conditional?

How to Use Third Conditional

With that said, let’s dive into the rules guiding the formation of the third conditional. It’s composed of two clauses, namely: If-clause and Main clause.

So, let’s look at the examples of the third conditional in a sentence.

In all the three examples, both the situation and results are in the past and, therefore, did not materialize. In the first example, the learner didn’t prepare well for the test, meaning he failed the test. In the second example, there was a shortage of money, and therefore it was impossible to buy the bag. In the third example, he failed to listen to her, and that’s why he fell into trouble.

Additional examples and explanations of the third conditional.

She flouted the traffic laws, and that is probably the reason behind the cancellation of her license.

This means that I left home late, and that’s why I didn’t catch the morning flight.

Similar to all conditional sentences, the arrangement of the clauses can be altered. However, this may involve reorganization of pronouns and proper punctuation. In this case, the Main clause precedes the If clause.

Main clause (would have + past participle), If clause (if + past perfect)

Example in a sentence

From the above, it’s apparent that the third conditional is used to express regret over a past event or opportunity that went utilized. These are just wishes because time has elapsed for their realization. People are often disappointed when they recount that they didn’t capitalize on an opportunity they had in their lives when it’s too late. 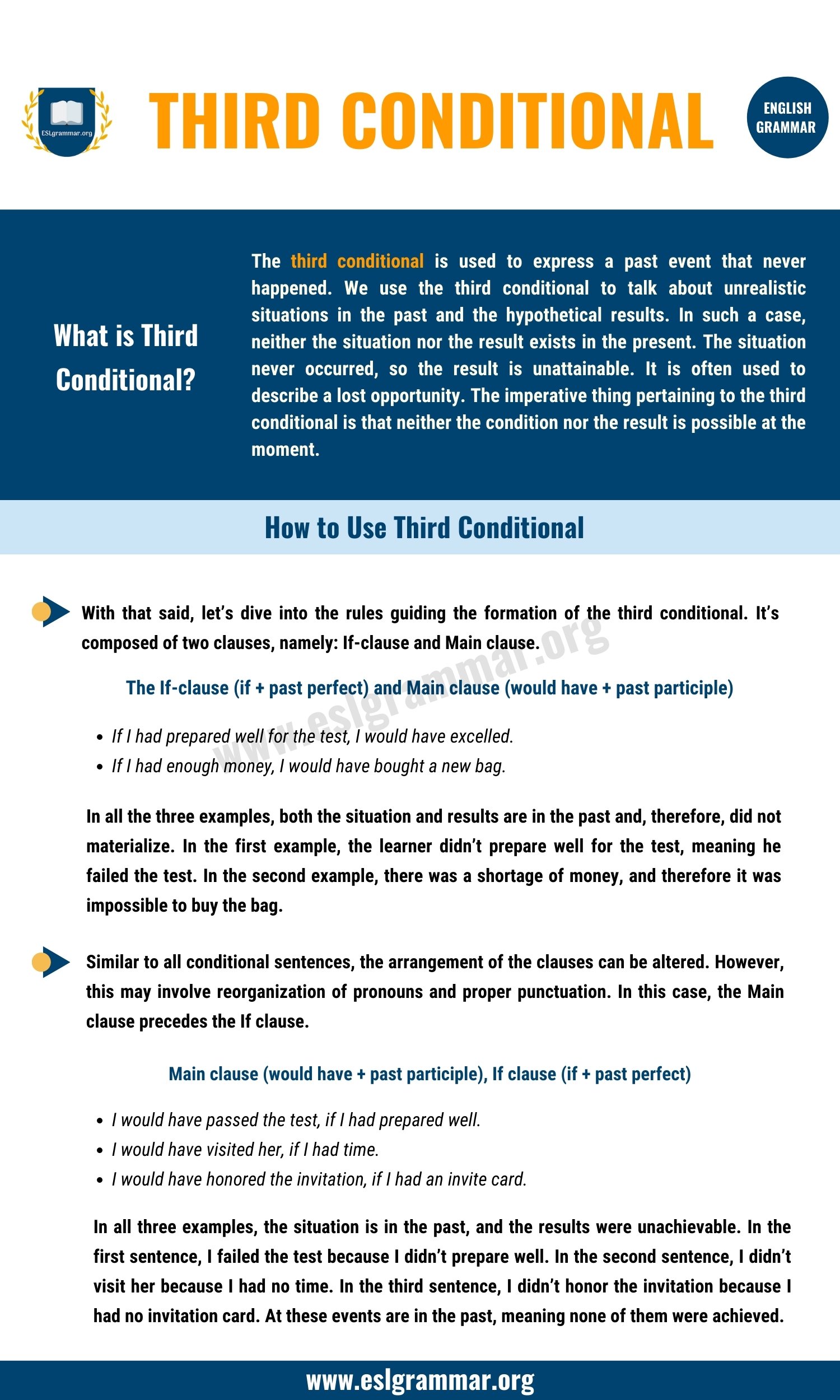 I thought we do not separate with a comma if clause written at the end of the sentence.